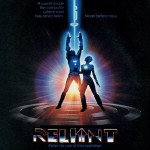 So I FINALLY saw TRON Legacy…it was just a bit underwhelming. The problem could have been fixed in 2 different ways: they either could have covered a lot less ground or they could have added an hour. Either way, it was better than it could have been but not as good as I had hoped.

The cast did an OUTSTANDING job and visually the film was stunning.

Aside from the too skinny plot, the other stick for me was Daft Punk. I mostly have always ignored them because I hate the name but they are fluffy enough to be commercial successes for Disney. The soundtrack (which I own by the way) soars at points and has some GREAT moments but the Daft Duo are just not HEAVY enough for my taste. This is COMBAT out there we are talking about dammit! So here is a wonderful mix of heavier electronica, suitable for the car, the gym or gaming.

Just got my Xbox360 copy of Tron Evolution…see you out there on the multi-player grid programs….