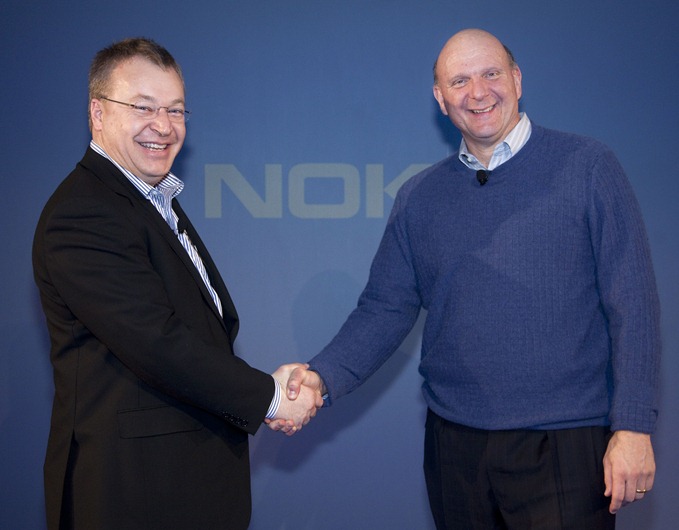 This morning Microsoft & Nokia announced that they’d finalized their agreement to work together on Windows Phone. While there weren’t any shockers in either press release there were a few tasty morsels we couldn’t help buy take a few glances at.

We suppose giving them free access to the platform you switched to after practically abandoning your current one is nice.

“Opening a new Nokia-branded global application store that leverages the Windows Marketplace infrastructure. Developers will be able to publish and distribute applications through a single developer portal to hundreds of millions of consumers that use Windows Phone, Symbian and Series 40 devices.”

So Nokia won’t be responsible for maintaining much on the backend when it comes to Marketplaces and App stores on any of their smartphone devices regardless of them being Windows Phone or Symbian.

In recognition of the unique nature of Nokia’s agreement with Microsoft and the contributions that Nokia is providing, Nokia will receive payments measured in the billions of dollars.

It’s our understanding that Nokia will be paying Microsoft a royalty fee per device,  “The royalty payments are competitive and reflect the large volumes that Nokia expects to ship, as well as a variety of other considerations related to engineering work to which both companies are committed.”  Since they’re being coy here we think it might be safe to assume it’s not what HTC, Samsung, and LG are paying.

Overall it’s really what we all suspected. What I think is really interesting here is that the fate of Nokia’s music services isn’t mentioned here.

2 Comments on “Microsoft and Nokia Finalize Alliance, Both Get Billions”