We’ve had time to appreciate the new features and changes coming to users with the Windows 10 operating system update for some time. In September of 2014 Microsoft teased the first few upgrades and promised an ecosystem-wide app Store, In January Microsoft shared plans for a Windows version of Xbox Live complete with earnable achievements, video game streaming and access to all of the features that make Xbox Live great. It wasn’t until last week that Microsoft finally gave users a taste of their new Xbox Music & Xbox Video apps.

A Visual Tour of Music on Windows 10

A Visual Tour of Music on Windows 10

Load what Microsoft is calling the Music Preview app for Windows Store and you get something both familiar in and very, very different. 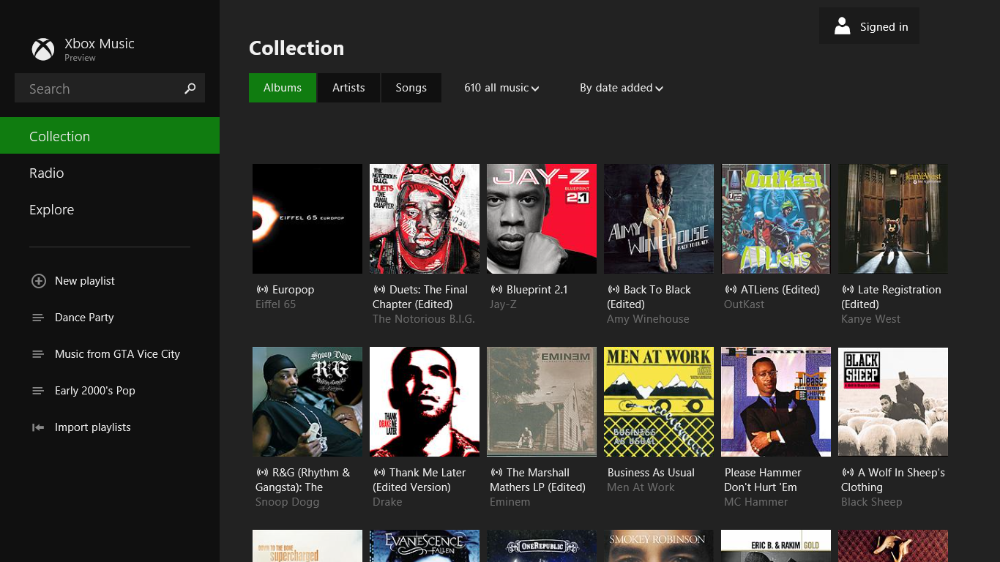 With the first version of Windows 8, Microsoft introduced what had to be the worst music app its ever produced. It had all the hallmarks of Windows 8 and all the trouble that came along with the operating system. You had to scroll sideways to see all of its content. Microsoft served up an Xbox 360 like interface when you first opened the app, placing the music you already liked on the back burner to show you the latest artists from its stores along with advertisements.

Microsoft scraped the app for Windows 8.1, dumping horizontal scrolling for a navigation bar siting on the far left and music controls on the bottom. Moving from version one to version of two of Xbox Music was like swimming for the first time. It just felt so right.

Xbox Music for Windows version two is important because it sets the stage for this Music for Windows 10 Preview app. Mostly, Microsoft left the design of the app intact. The first sign of a branding transition is visible as soon as you load the app. The green splash screen is now a cool light blew, though the headphone icon remains intact.

By default Music for Windows 10 takes you directly to the albums present in your music collection. Don’t bother looking for the word Collection because it isn’t there. Microsoft has done away with the Collection view and broken things down into Albums, Artists & Songs directly on the navigation bar. For now, Explore, Radio and Now Playing remain in the same spots. Albums looks the same, with album art playing a big part in the overall presentation. A refined area above all of the album holds a dedicated Shuffle button, a filter for seeing what music is located where and an option to sort everything by date. As you scroll down this list these controls stay with you – exactly as they should. A new Select button finally give users some kind of on-screen method of realizing multiple albums can be selected. 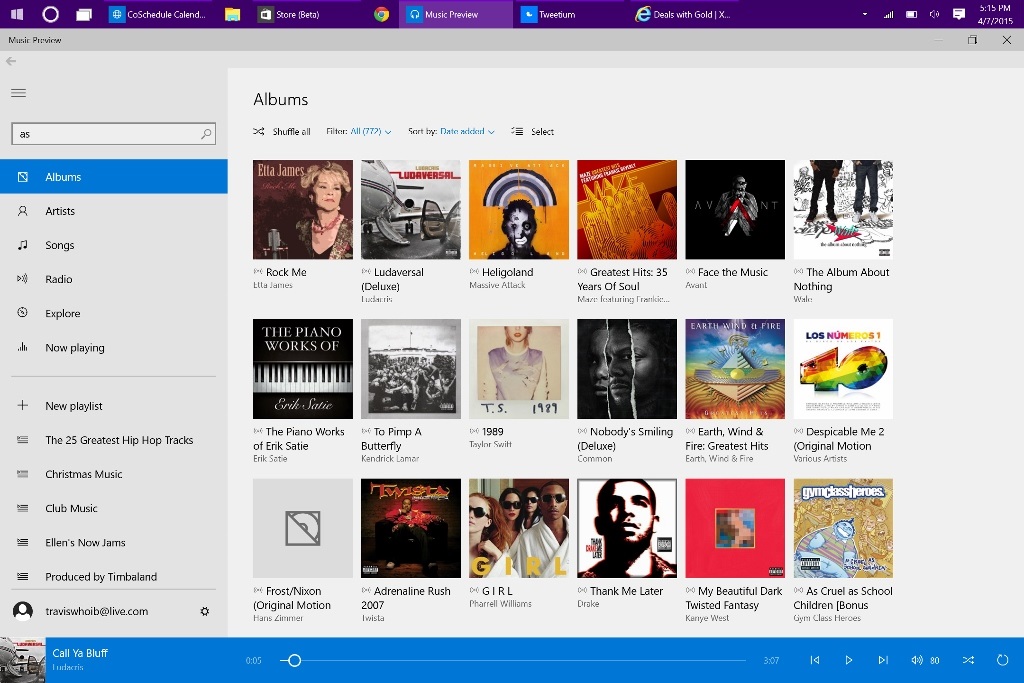 Artists pages have updated iconography for starting a radio playlist pinning an artist to the Start menu or Start Screen, but not much else has changed there. 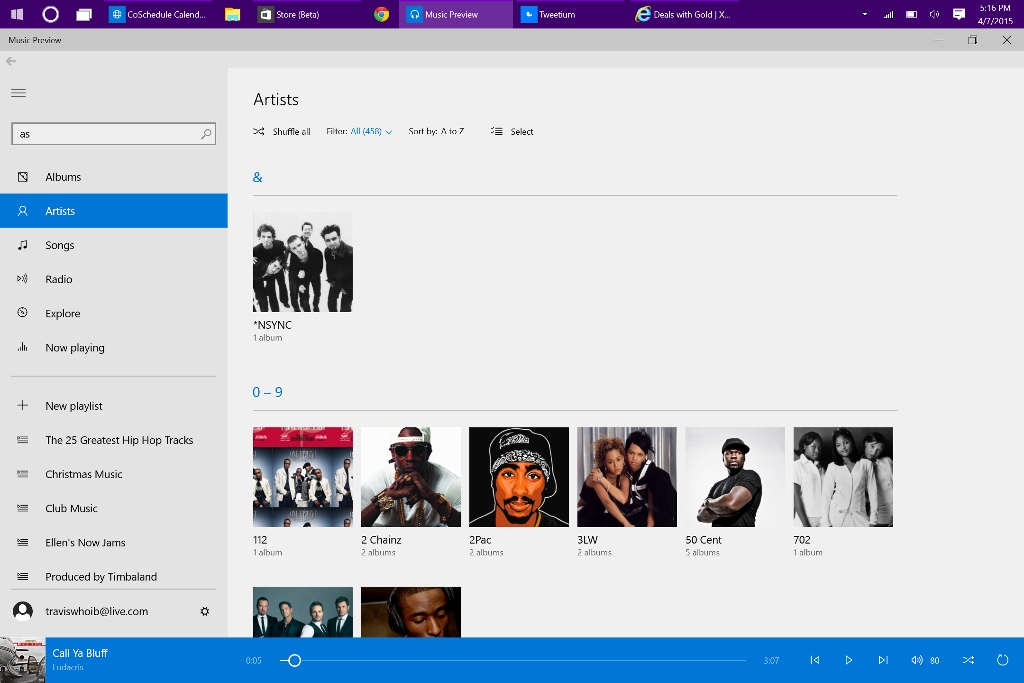 The complete Artist view remains mostly unchanged. Songs drops album art in favor of a long list of every song you own.

The Playlist Area still sits on the navigation bar, making it easy to start or create a playlist. Unfortunately, it no longer feels like the best place for it. Wider margins in the navigation and Microsoft’s singular focus on playlist creation has forced us all to use playlists heavily. The way Microsoft stuffs them all in this area feels wrong somehow.

Below Playlists is an always present deep like to apps preferences and there Xbox Music settings. In the current version of Xbox Music, Microsoft basically abdicates responsibility for account management inside the app. The company deep links people back to the Xbox website for any devices changes or billing information, which wasn’t the best experience. In this early version of Music for Windows 10 Microsoft seems to have done the same.

Thoughts on Music in Windows 10

Thoughts on Music in Windows 10

For starters, there’s a lot to love about what we have here. Music for Windows 10 feels alive with this bright new color scheme. My understanding is that Microsoft’s own apps will have two visual designs for those who turn on a built-in Light Mode and Dark Mode. I’m happy with these light colors and absolutely love the iconography. The margins changes feel good too. They lend each area of the app the weight they deserve. Making account and settings controls readily available is cool too. 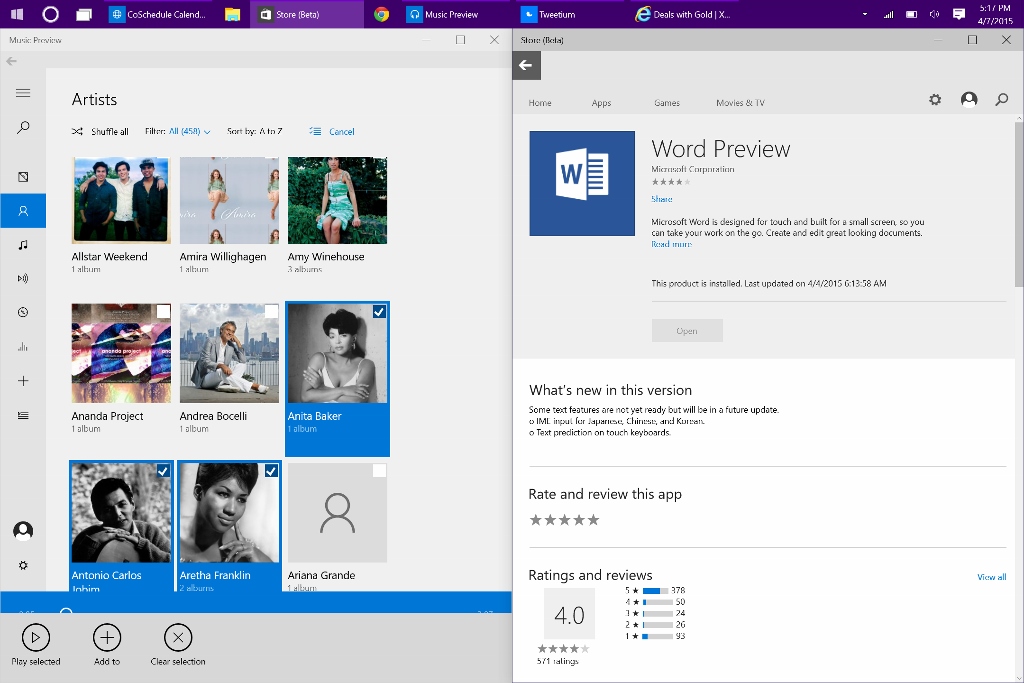 If there’s a misstep with the Music on Windows 10 app it’s the continued presence of the Playlists area. I think rendering my  more recent or popular playlists is cool here, but giving me every playlist I’ve ever created is way too much. Playlists needs its own area like Artist and Albums. Microsoft has to do something about that randomly placed back button in the top-right corner too. 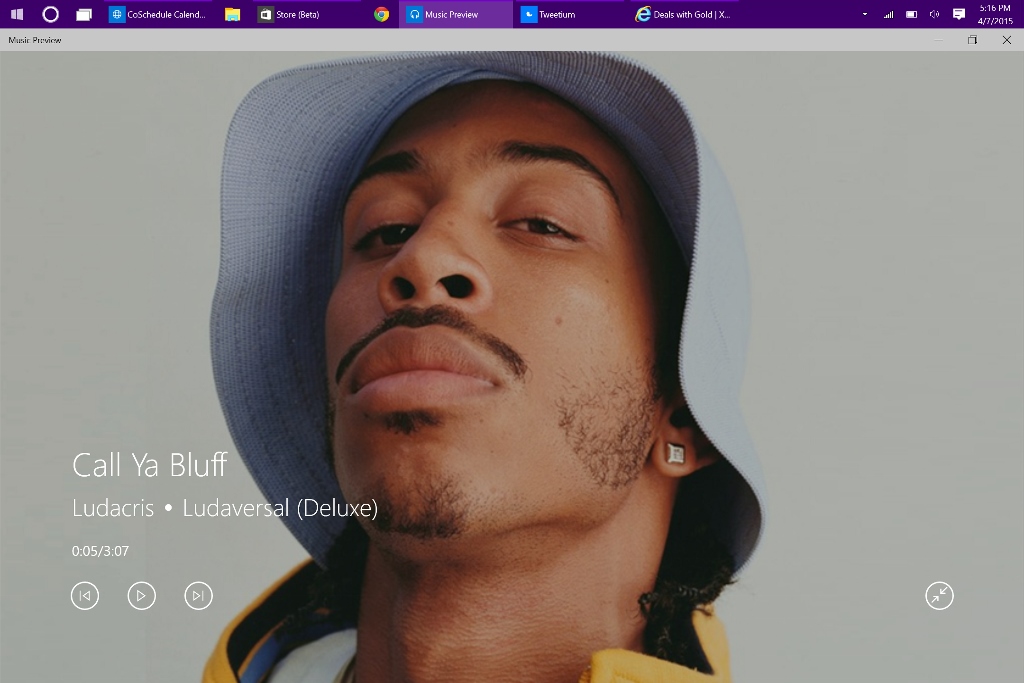 All in all, I’d say this version of the Music for Windows 10 preview is a good place to start. Microsoft managed to improve on a decent design and make it blend a lot better with the rest of the operating system.

The true test will be how quickly it uses that solid base to deliver something we can get behind. The Now Playing animation remains as plain and basic as its ever been. Much-needed features like automatic playlists, gapless playback, metadata editing and any onboarding processor for Music Press remains missing. These features will need to make it to the app before anyone takes this seriously. 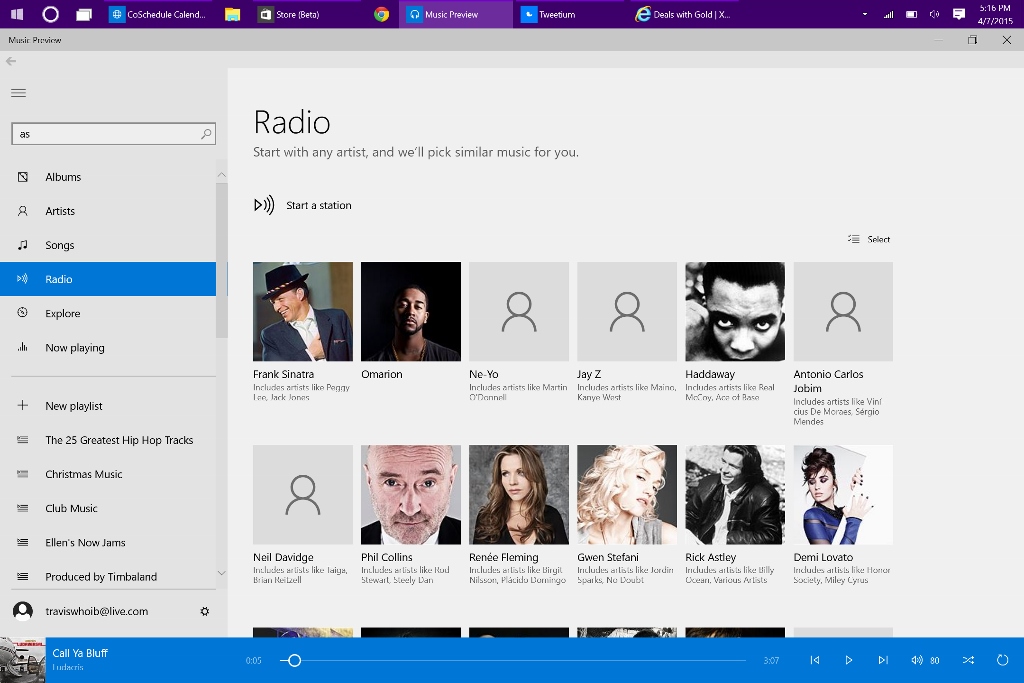 As we cover all of Microsoft’s entertainment offerings, we’ll keep the Music and Video for Windows 10 apps coverage going forward, including frequent looks at any changes coming to Music.