It’s a new year, we’ve got a new look, and now it’s time to get back to new editions of Ask enConnected. Though we put out the call for questions a few days ago, please don’t hesitate to send us your questions on Twitter, Facebook, and snail mail for our next edition in a few weeks.

Just before the break, Microsoft and their hardware partners unleashed a new line of devices powered by Windows Phone 8 that feature beefier processors, better screens among other bells and whistles. Since then we’ve got tons of questions about how these new devices can fit into someone’s daily routine. We’ll continue to address those as they come in but we thought we’d answer one of the most popular ones straight away.

Q: Can you give me an honest opinion? Which would I rather have for business purposes, The Windows Phone or iPhone?

Ah, a question as old as time. Well, not quite but it’s something that’s been on consumer’s minds who are interested in Windows Phone for ages. While we mostly deal with the consumer entertainment side of the equation and thus not in our normal prevue, in our opinion Windows Phone is just as good for businesses as the iPhone -with a few caveats.

You can’t talk Windows Phone in a professional environment without considering the very real advantage of having access to nearly all of Microsoft’s Office suite with you wherever you go. You can’t go wrong with Word, Excel, and PowerPoint in your pocket. We’ve written entire articles in Mobile Word, really. These three applications are nothing compared to OneNote Mobile which literally works out to be a digital notebook in your pocket. And in case you weren’t sold, together with the next versions of Office (2013), the cloud dependent Office 365, and the new Outlook.com all of your documents, meeting materials, and budgets just sync effortlessly. SharePoint and  Exchange support are also included if that’s your thing as well, though if you’re a Gmail users it won’t be the best experience for managing your contacts and calendar this very second. (We’ve heard from Microsoft that this is something they’re looking to fix –soon we hope.)

Windows Phone 8 also features complete information management for when you’d really not like to have that write-up of your pending patent get into the wrong hands.  We’re also very big fans of Windows Phone’s new on device BitLocker encryption, though we’ll admit to not having ever had serious issues with loosing devices, however if that ever becomes a problem we’re covered.

As for the aforementioned caveats, really they aren’t business centric but more of a problem with the overall ecosystem. Windows Phone arrived at the Smartphone revolution party a little too late to be make it into that first wave of next-generation mobile operating systems regularly managed by your local IT guy and thus may not be an option if you’re at a small company who purchases these things for you. To a lesser extend you should take what kind of applications you use daily into consideration whenever you’re looking into new mobile platforms.  The Windows Phone Store at the time of writing stands at 200,000 applications. We’re satisfied with that selection but your degree of happiness may vary greatly from ours. Particularly if you already have an Android device or an iPhone. 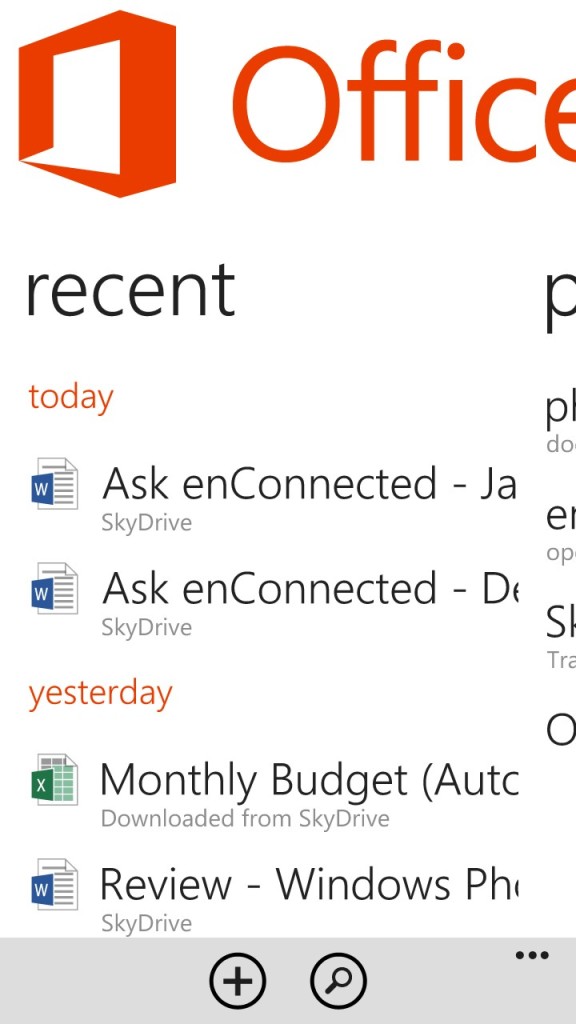 The Office hub on Windows Phone 8 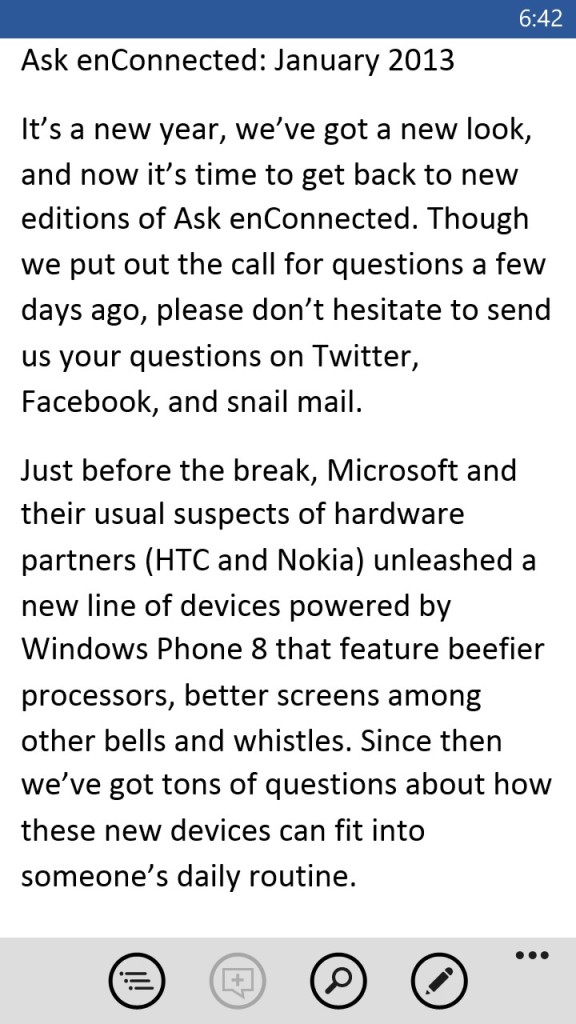