Like every other tech enthusiast following the mobile phone industry the leaks on what may be coming in Microsoft’s Windows Phone “Mango” update has had me captivated for the better part of this year. There’s a few reasons for that; the big one being I use Windows Phone exclusively, (oh, and I’m a giant Windows geek). Windows Phone blogs and communities have wasted no time churning out long lists of things rumored and confirmed to be making the leap to our phones sometime this year (LiveSide has the best one by far). When you look at these giant lists one can’t help but feel that Microsoft may have nailed nearly every feature the community wanted. Well, that’s kind of a problem for me. As a follower, and customer of the platform, I can’t help but hope they’ve got a few surprises up their sleeves. With that in mind these are the things we haven’t heard much about yet. 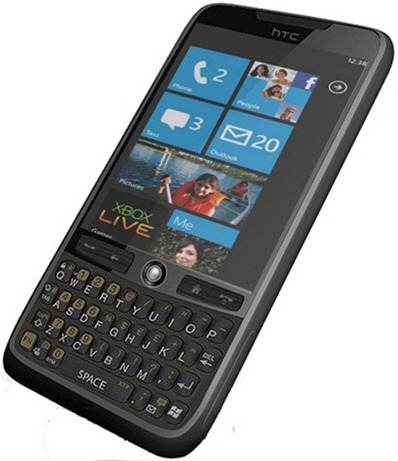 During the initial months of Windows Phone’s public tour Microsoft mentioned that in addition to they would be allowing for few different hardware designs, Chassis One being iPhone-esque devices (aka Windows Phones of today). Chassis Two being some kind of Palm Treo styled hybrid with a keyboard, and Chassis Three supposedly have some kind of a candybar like styling. Since last February we have yet to see any of the latter two form factors. 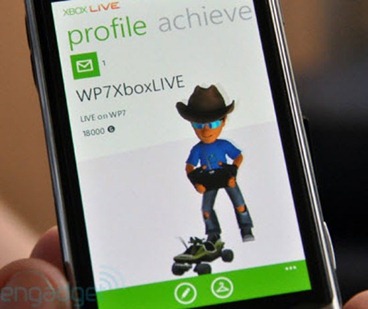 If you’re a gamer like us the words “Xbox LIVE” are synonymous with in-depth gameplay and multiplayer features. Neither word can be used to describe the features that have made it to Xbox Live on Windows Phone just yet, and we’re hoping Microsoft gives the “Only phone with Xbox LIVE” some kick ass features and serious handheld games that the current platform just doesn’t have. It’s my belief that games should be separated between Xbox Live titles and Xbox Indie titles similarly to the way they’re handled on the Xbox 360. Everyone gets a bit of the Xbox brand glory but you’ll be able to easily identify “quality”. 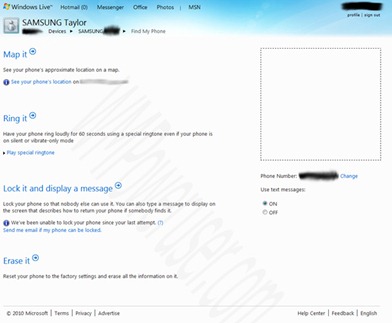 Windows Phone Live, the current successor to Windows Mobile 6.5’s “My Phone” does little more then help you Find, Lock, and Map your phone incase of emergencies. Since Microsoft KIN phones were killed off a few months ago we’re hoping that product’s absolutely amazing cloud features make their way to Windows Phone in the Mango update, if not then quickly after. It’s KIN Studio cloud services make Windows Phone on Live look like the unappreciated middle-aged awkward child of Microsoft’s cloud services.

Microsoft talked a lot about developer features coming to Windows Phone at MIX 11. There are hundreds of new APIs, enabling the Windows Phone App Marketplace to swell even more over the coming year. What we haven’t heard more on is exactly how end users will be able to discover said apps with either a revamped Marketplace inside the Zune software, or online. One thing is for sure, the current situation is awkward. WindowsPhone.com’s apps page is really sparse, and no one outside of the people who follow Windows Phone closely will think of using Bing visual search to look for the latest and greatest Twitter application. 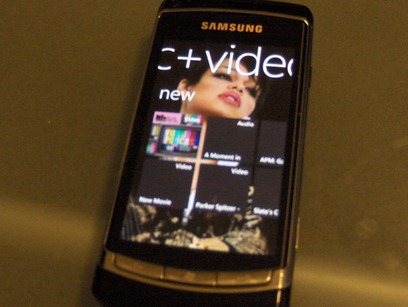 The Windows Phone team has taken great steps to have their mobile operating system connect with cloud services to make things more easier, so far they have yet to innovate on Zune on Windows Phone any meaningful way. Sure you can stream Zune Pass content over 3G but that’s about it. No, I don’t count SmartDJ as innovation. The Zune software has had that feature for two years, while the devices, have had it for a little over year. I’m personally hoping Microsoft has taken the time think about what a cloud solution for your music might look like.

On the video side of things we also have yet to hear about any meaningful advancements in the way Windows Phone connects to Zune Marketplace. Every other faucet of the Zune ecosystem allows you to stream television shows, and movies that you’ve already purchased without the need for downloading. Even if they limited the function to just Wi-Fi I would be pleased.

Another big issue that the Windows Phone ecosystem inherits from Zune devices, is it’s almost total dependence on Zune Marketplace. While Zune kicks butt on the music side of things, currently it offers limited selections of television shows, music videos, and podcasts. That means No audiobooks, no iTunes U competitor, no ringtones and while I get the feeling they’re going to explain this issue away by depending on third-party apps this is a situation best solved by beefing up Zune Marketplace. To make matters worse this problem gets magnified if you leave the US. For example you can’t get free podcasts anywhere else except the inside US Zune Marketplace.

In addition to the big tent polls of the platform Microsoft has been relatively quiet on a few miscellaneous things that I hope to see some kind of progress on with the next release.

Apps Windows Phone makes a lot of strides in usability, and actively works to try and remove barriers that other smartphone platforms have run into. Windows Phone 7 allows you to enter your Windows Live ID, and have it start to fill with your information, however one thing it doesn’t do is sync the apps you’ve already purchased. To my knowledge there is currently no way to get those apps back without either remembering the apps your purchased and downloading them or using the Zune Software’s account settings page to look at your purchase history and then download them via your phone one at a time. I would like to see that changed to make resetting your phone, or switching to a new Windows Phone easier.

External Memory Early on in Window Phone’s lifecycle we assumed that since hardware by Samsung had a user accessible memory slot it was ok to insert our own MicroSD cards. We all know how that story went. “Microsoft: We didn’t plan for that. Samsung: Silence. Microsoft: We apologize. AT&T: Pay us a $50 premium and we’ll let you have our secret sauce.” While having a phone with 16gbs of Ram doesn’t bother me, I can’t imagine those with 8GBs of storage space aren’t feeling the pressure. Microsoft either needs to find a cloud answer to our very real storage capacity woes, or certify a line of cards that will work for any hardware manufacturers that want to add external storage capabilities.

Accessories In order for Microsoft to pull off any kind of meaningful coup in the mobile space they must understand that smartphone users don’t buy smartphones, they buy smartphones with a supporting ecosystem. Apple has understood this for years created an entire cottage industry for those who want third-party accessories for Apple hardware. One of their secrets to success has been the “Made for iPhone” and “Works with iPad” certification programs. There needs to be some kind of accessory platform for Windows Phone power devices so that things like hardware with accompanying apps can flourish on the Windows Phone platform. Until they do we’ll be stuck with the same poor accessories from phone manufacturers and a scant line of third party docks.

While I’ll be the first one to congratulate Microsoft on the things they do right with Mango, I can’t say that I’ll be thrilled if we only hear about the leaked features and nothing about these very real issues with the platform, especially when it comes to external memory, accessories, Zune, and Xbox Live. Sure a long feature list will be awesome, but what good is any update that doesn’t move that platform forward in big ways? Leave your own issues, that have yet to be mentioned or leaked by Microsoft in the comments, and we’ll keep our fingers crossed together on Tuesday morning.

4 Comments on “Editorials: What We Don’t Know About Windows Phone 7.5”