The only question was whether that review would be positive or negative.

Cards on the table, I’m their prime target audience. I grew up on Batman and the rest of the Justice League. If ever there was a subscription service i’d try no questions asked, one that provides unlimited access to Bruce Wayne is it.

On the other hand, I’ve also been described as a cheap-skate. I disagree with that characterization, but I don’t deny that I tend to come down hard on a cash grabs masquerading as subscription services. To snag a part of my monthly entertainment budget, DC Universe would need to offer something I can’t get elsewhere and not just be a nostalgia play of afternoon cartoon blocks gone by.

Thankfully, the makers of DC Universe understand their audience more than the folks in charge of DC movies. (When your last bit of hope for a quality team rests with Aquaman, you gotta ask yourself how you got here.)

DC Universe is A lot of Things

What is DC Universe?

The genius of DC Universe is that it’s a subscription for all kinds of fans. That is, you get to pick your own way of experience Batman, Superman, Wonder Woman and that guy who talks to sea life. Comic books, television shows and movies are included for $7.99 a month or $76.99 a year. All this content lives in dedicated apps for iPhone, iPad, Android, Roku, Apple TV and Amazon Fire TV. 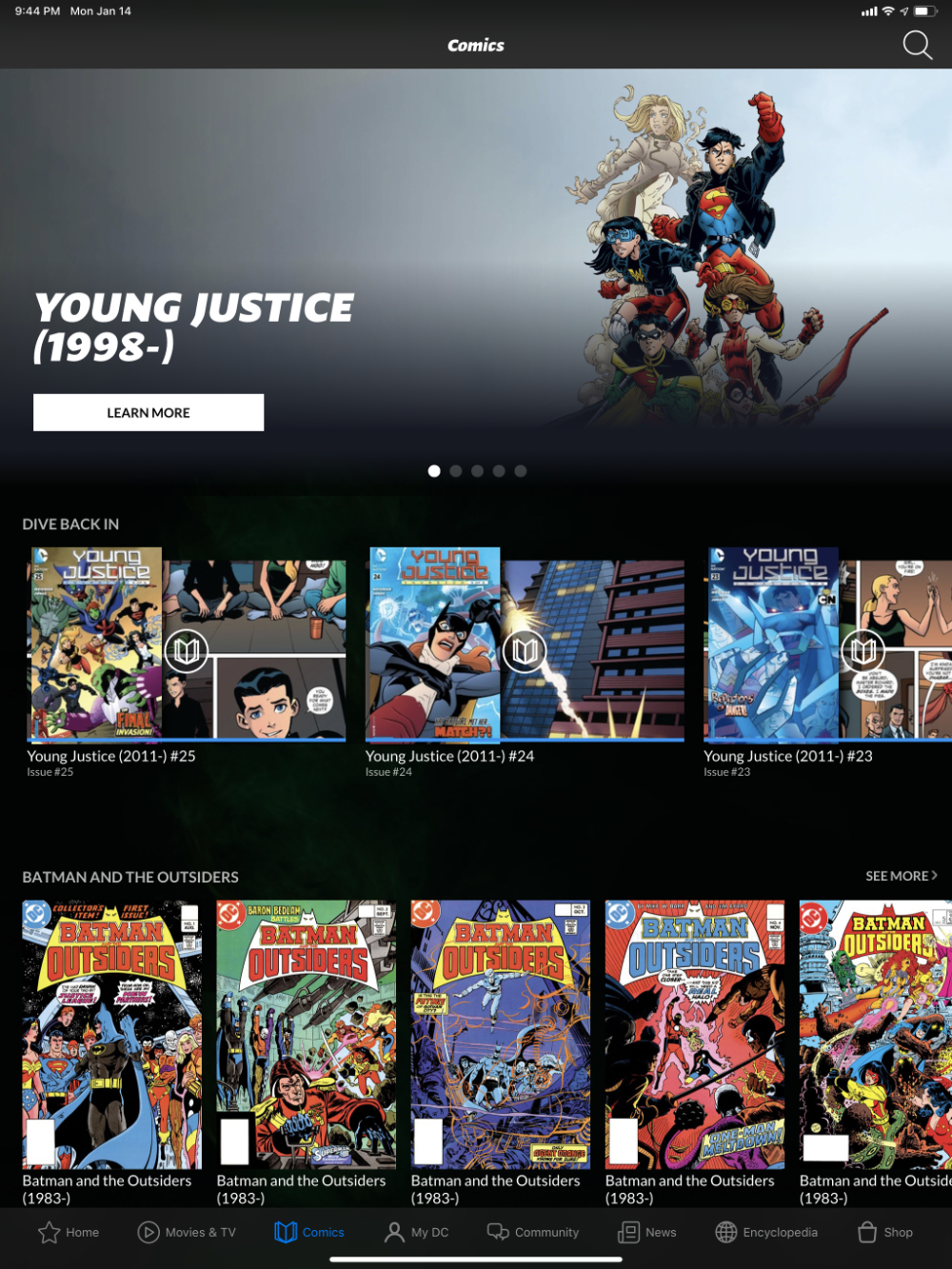 TV fans rejoice. Like Netflix, the service has its own line-up of exclusives. If you want to watch new episodes of Titans or Young Justice as soon as their available in the United States, a DC Universe subscription is the way to do that. Once the season starts, DC Universe releases a few new episodes a week instead of dumping them all on you at once like Netflix does. 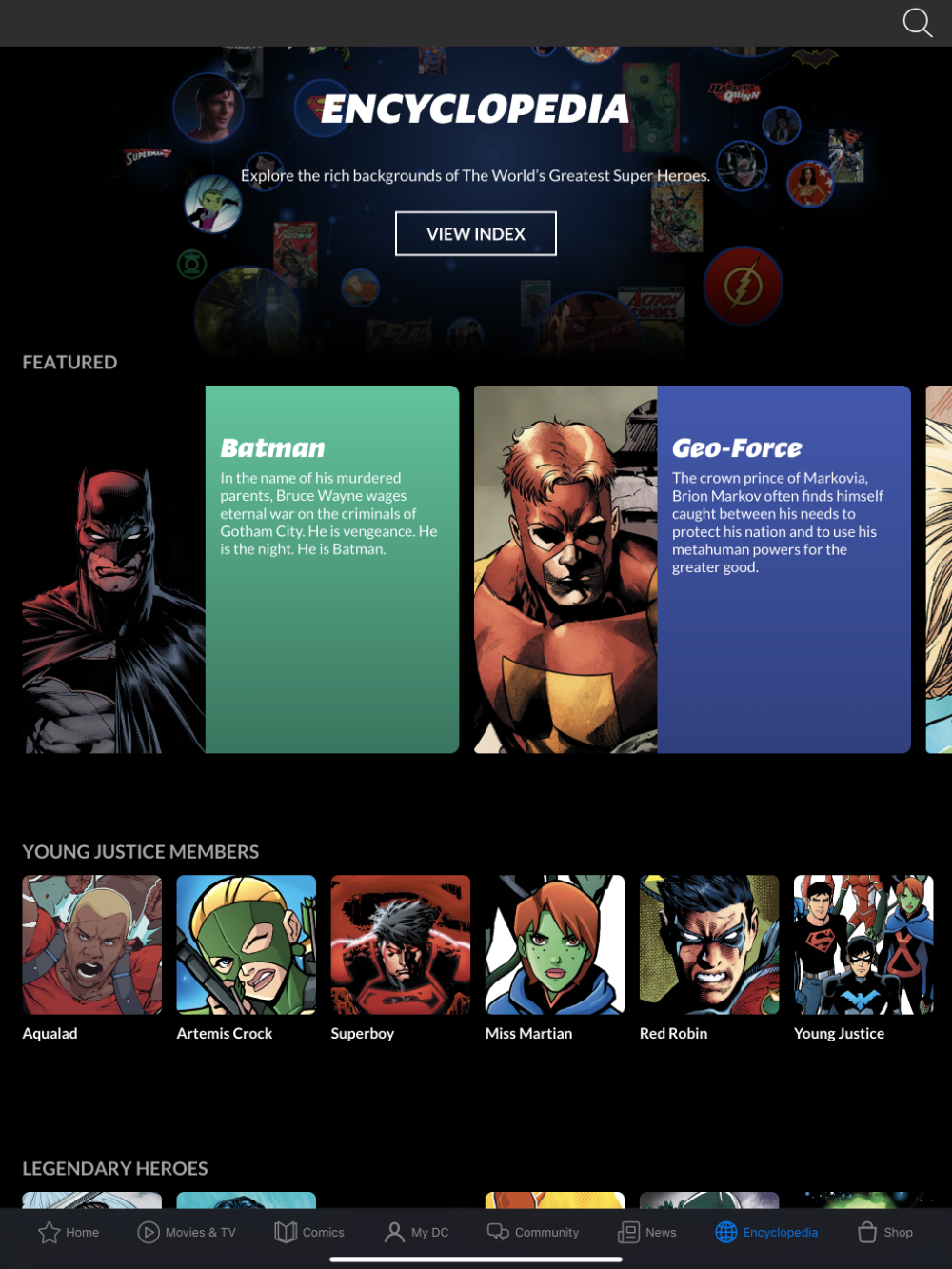 Of course, fans don’t just consume super hero stories, they talk about them with other fans in long-worded forum posts that throw around phrases like “nah man” and “get outta here.” For that reason, DC Universe has a dedicated forum. Think of it as a super hero themed club house that’s always open and filled with people who won’t judge you for waxing poetic about super heroes. (I might, but I’m also paying for the service, so clearly I’m a self-loather.) A built-in encyclopedia acts as fuel for these drawn out arguments on what happened to the original Robin.

Away from the app, you can show your hero pride by picking up one of the many exclusive prints, figures and bags available in the DC Universe store.

How Good is DC Universe?

How Good is DC Universe?

I’m over people using a service’s original movie and TV show line-up as the sole basis for judging it. The content itself is only one half of the equation. You have to take the app itself in consideration too. Thankfully, DC Universe’s app is solid.

At least, the DC Universe apps for iPad, Android and Fire TV were solid. I can’t vouch for the others. 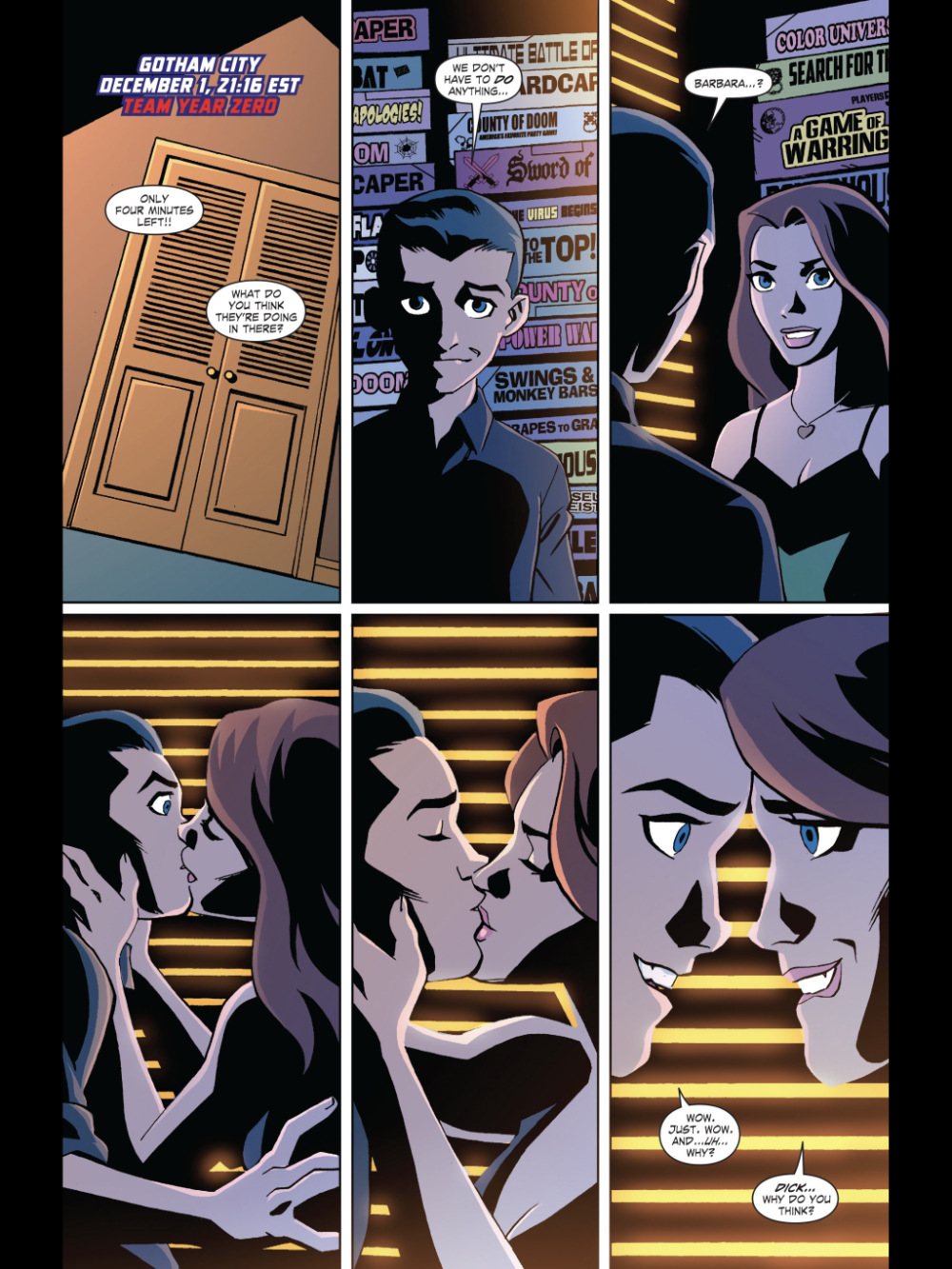 Comics load fast and look great. You’re free to look at an entire page, or read through them panel by panel for a more cartoon-like feel. I enjoyed that panel view the most. Sadly, you can’t see two pages of a comic on your screen at the same time as you would flipping through a real comic. That’s just my pet peeve. 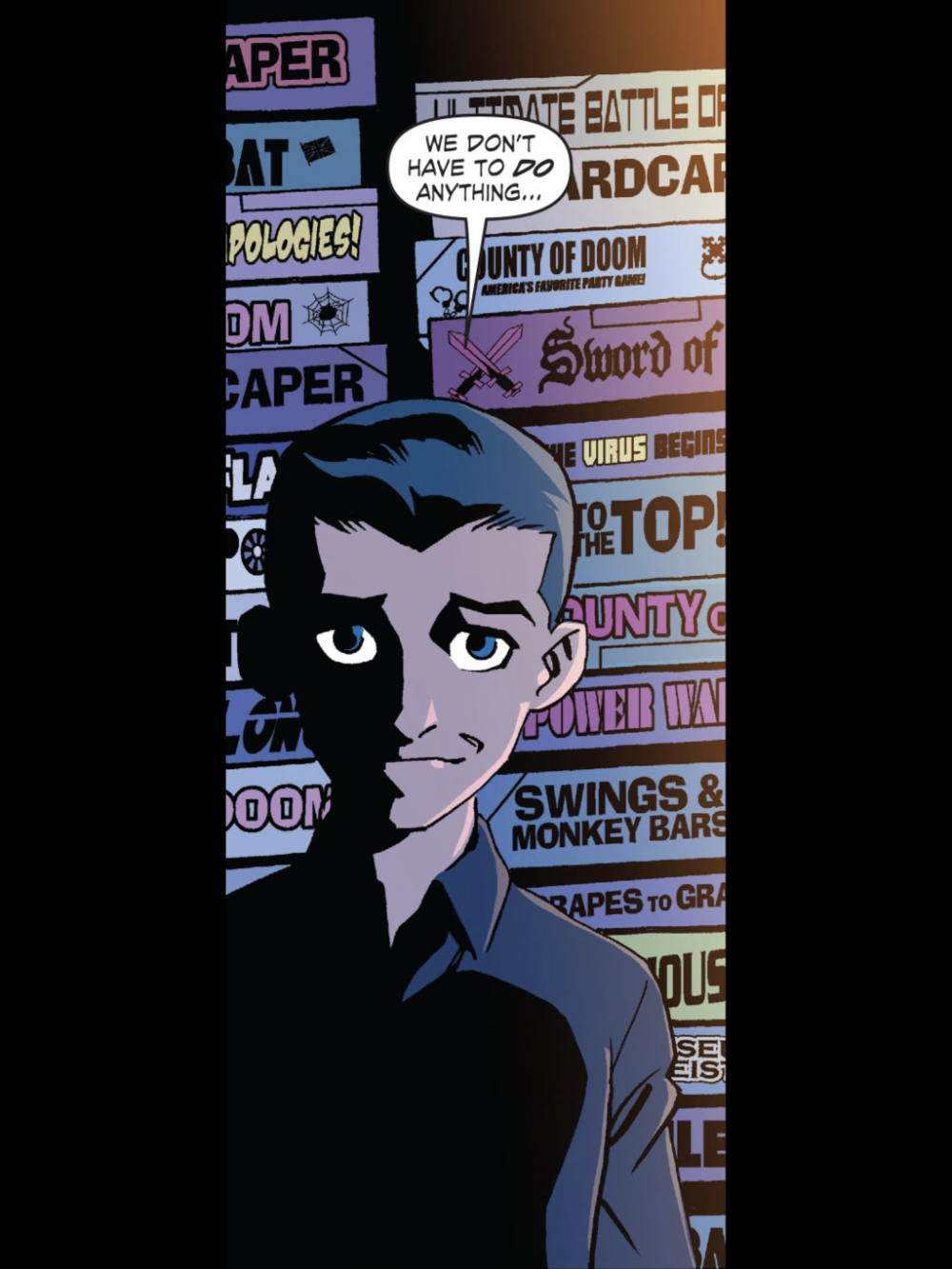 TV show and movie streams start quickly and improve their visuals gradually. This is exactly what should happen. Your video’s aspect ratio adjusts based on the size of your screen and the format of the show. For example, Batman Beyond was only ever made in standard definition, so it filled my iPad Pro’s entire display. You can manually toggle videos to show in widescreen or fullscreen. Sound quality in all the shows I’ve watched has been stellar. Also, everything on the service is downloadable, so you can load up your phone or tablet with all your favorite episodes before a plain ride.

One strange thing: the iOS app doesn’t support picture-in-picture on the iPad, which is strange because it does support side-by-side multitasking. I’d have liked to use it to write this review and finish my episode of Young Justice. Otherwise, it’s very well done.

How Good is DC Universe’s Collection

How Good is DC Universe’s Collection?

Now we can talk about content. If I had to give DC Universe’s library of television shows, movies and comics a letter grade, it’d be a B-.

Don’t get me wrong. The service has the classics. Batman: The Animated Series, Static Shock, Young Justice, Teen Titans, Batman Beyond, Batman: The Brave and the Bold and Justice League are all included. I’ve enjoyed picking through the recent animated DC Comic animated movies that I haven’t see too, like Batman Gotham By Gaslight. 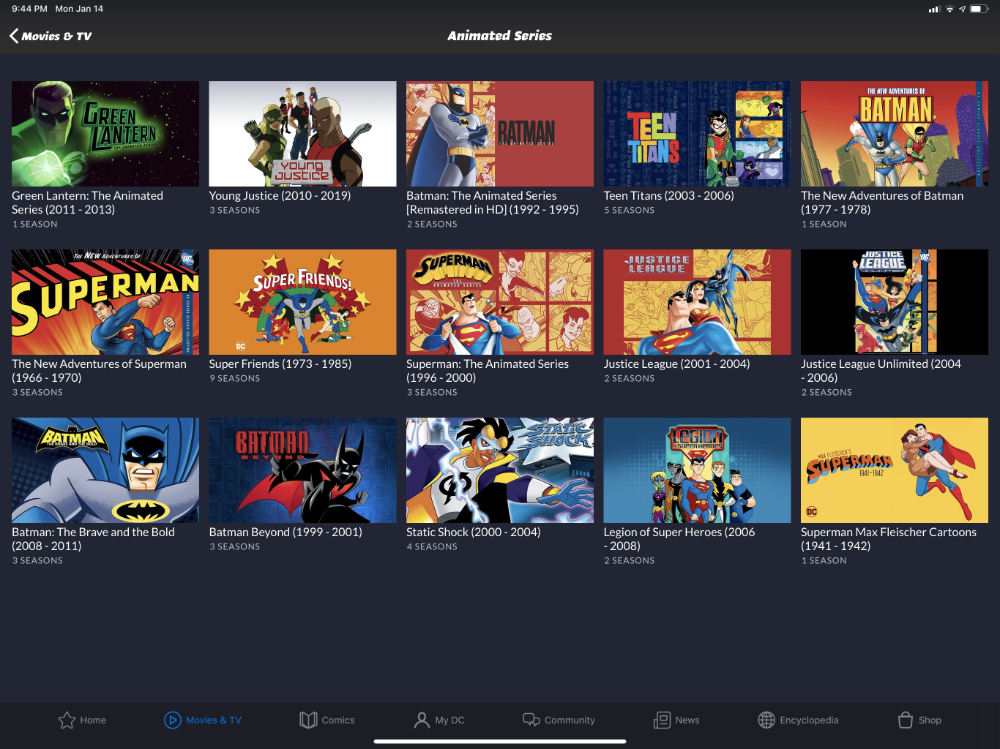 If cartoons aren’t your preferred method of getting your hero fix, DC Universe has plenty of live action stuff for you too. Its library includes versions of Wonder Woman, Lois & Clark and Constantine. You also get access to the Christopher Reeve Superman films and can go back in time to experience the sheer weirdness that is the original Batman film series.

Any movies I’ve not explicitly mentioned here are missing, and that’s a little confusing because this is supposed to be a service for the super fan. Somehow Batman Begins, Dark Knight and Dark Knight Rises aren’t available. You can’t get any of the other recent live-action films either. That’s right, no Man of Steel for your, friend.

As for the comic book collection, my rudimentary knowledge of graphic novels tells me the greats are there. The selection covers the gamut of DC heroes, and are labeled with the year they were released to help you keep your sanity and all the different timelines straight. 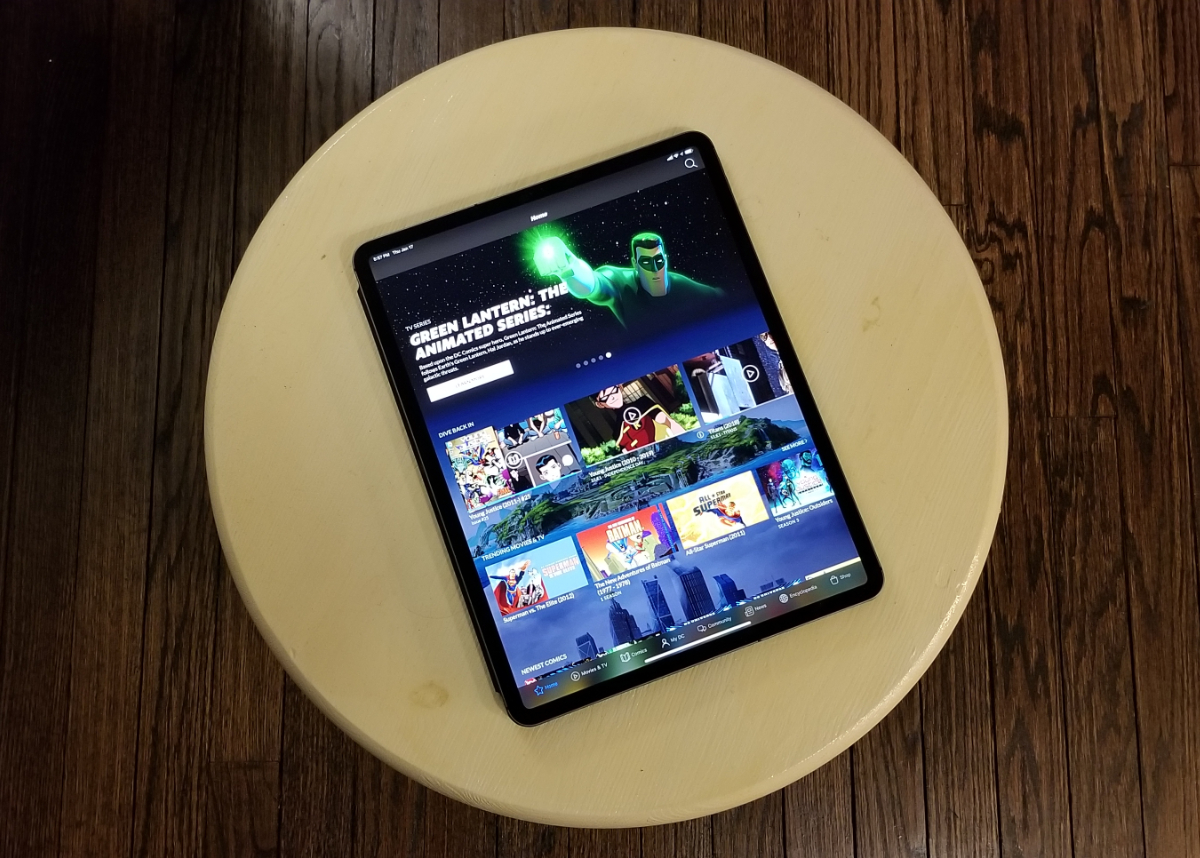 I know that more and more subscription services are vying your hard-earns, and I don’t mean to add to your budget, but DC Universe is a pretty good. It’s reliable and mostly delivers access to a huge world of super heroe content you had to buy piecemeal before. Aside from the giant hole in its movie line-up, this service doesn’t feel like a cash grab at all. It feels like fans got together and created a service they’d want to use.

Bottom line, I’m keeping my DC Universe subscription for a while. It’s not like Netflix has any super hero shows of its own worth watching anyway. Why not get all the Justice League one man can handle instead?

If you love DC’s super heroes, go ahead and hit that subscribe button.
Get It Now
Learn more about The en policy on affiliate links.