Windows Phone 8’s Metro design language is legendary. It’s merrily flipping Live Tiles are considered by most to be an evolution in the concept of mobile notifications. Its Start Screen is distinctive and easy to use. Unfortunately, after three years of looking at matching colored squares and rectangles, it’s also a bit boring. Never fear though, e-knock labs’ Pinbits is on the case.

PinBits is almost deceptively brilliant. As Windows Phone users can’t do much to customize their Start Screen, it allows users to create Live Tiles out of small playful graphics. Inside the application, users are able take these graphics and sort of make them their own. The application includes very basic controls for reorienting and repositioning the small cartoons so that users can make Start Screens that at least have more personality than what is capable out of the box.

The idea is to enable users to customize the start screen without violating the Metro design principles that Windows Phone users seem to hold so dear. Fellow Windows Pone users have created a ton of ideas that work best for them, however I’m a dark humor guy so I’ve added a falling stick figure to the area of my Start Screen that houses my work-focused applications. As I’m not the most imaginative guy around, I’m sure lots of you will be able to do better. 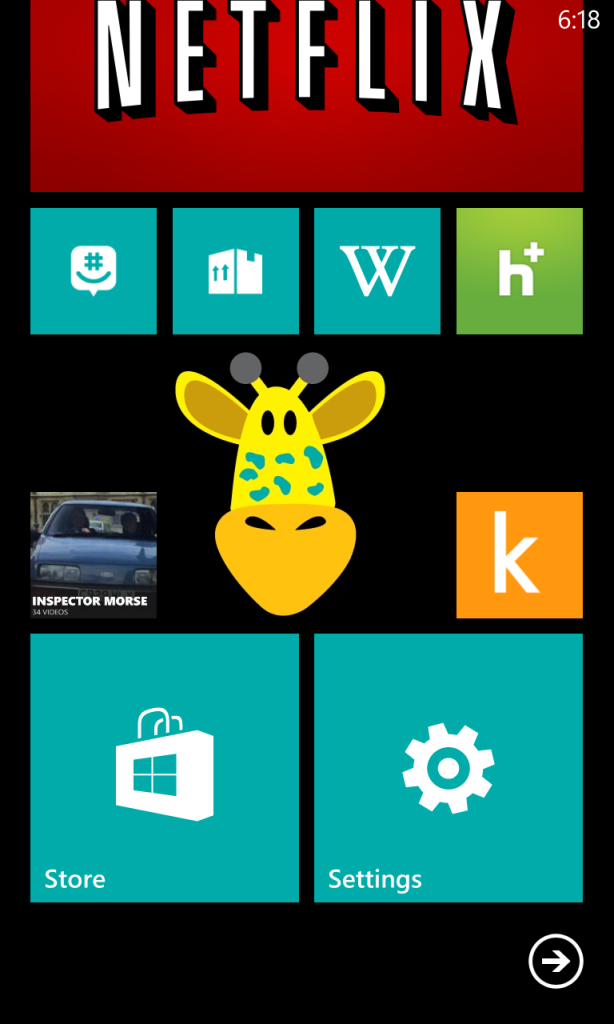 PinBits goes a very long way to make itself approachable. Those customization controls are completely simple and straight forward. The free version of PinBits for Windows Phone automatically chooses the Live Tile color you’ve already set as the base for its images, however those who purchase the free version get access to a color picker inside the application. These users are also treated to a larger assortment of characters and drawings than those who opt to avoid paying $.99 and just use the free version.

According to e-knock labs, more small characters will be added over time. If you’re looking for a fun and easy way to add some personality to your bland Windows Phone 8 Start Screen, then PinBits might be right up your alley. 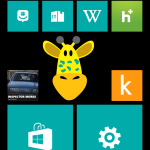 I’d like to see a little more characters and wouldn’t mind the ability to create our own images for use inside PinBits. I also wouldn’t mind being able to use PinBits characters on the Windows Phone 8 lock screen in some way either, however both of those are a technical user’s quibble