Most people center their entire living area on the television. It’s their go to, their place of refuge, their one big splurge in a sea of couches and other things that just aren’t important to most users. I say this not to diminish the importance of decent furniture or to put more focus on the television. Instead, I offer this insight to put Polk Audio’s SurroundBar 5000 in perspective.

After purchasing a new television this year, I decided to grab the SorroundBar 5000 and put it in my office for a reason most home entertainment enthusiasts will understand. Television audio on mid-to-low range television stinks. Absolutely, unequivocally stinks. So there I was with a shiny new television with a 1080p display and audio that I could barely hear. Enter the SurroundBar 5000. Was it possible that this mass of speaker and bass could solve my problem? 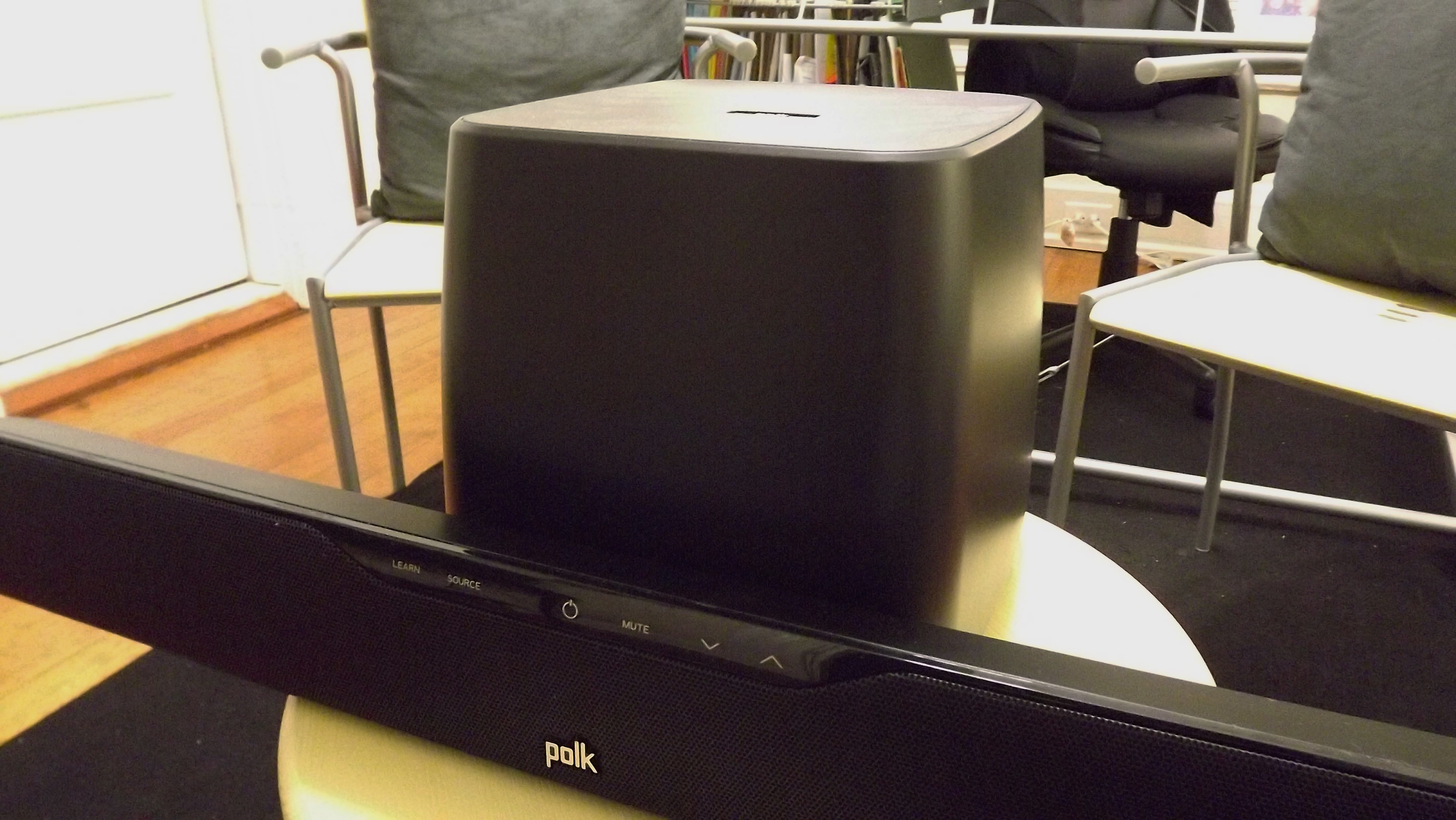 Let’s get one thing out-of-the-way now. The SurroundBar 5000 is a beast. Seriously, its 31″ inches of pure speaker, backed up by a large sub-woofer. You will not be putting this thing on your nightstand, or adding it to some 19″ inch television you purchased at Walmart lest you enjoy your television being visually overpowered by the things around it. The soundbar itself tops out at 31″ long.

Unlike most cases though, that really isn’t a problem. That’s because it’s meant to compliment other high-end entertainment components. By necessity that means buyers who are looking for a sound bar that they will not be used in any sort of video experience or have at least a 32″ television that they are ready to turn into a home entertainment system will be the most interested in the SurroundBar 5000.

As far as physical characteristics go, Polk Audio has managed to do something impressive. In an age where every company is putting out consumer electronics covered in dust-attracting, cheap feeling, plastics that produce glare, the SurroundBar 5000 is a classy matte black chameleon. While still plastic, it’s clear that the material is high-end, and the real metal speaker grill conveys a sense of sturdiness that you just don’t get anywhere.

Seriously, I dropped the soundbar itself twice. Not a scrape on it. I didn’t try it with the device’s wireless sub-woofer but I can’t imagine it would take much in the form of damage either. In fact, it’s more likely my floor would have been the one to walk away from that fight battered and bruised. 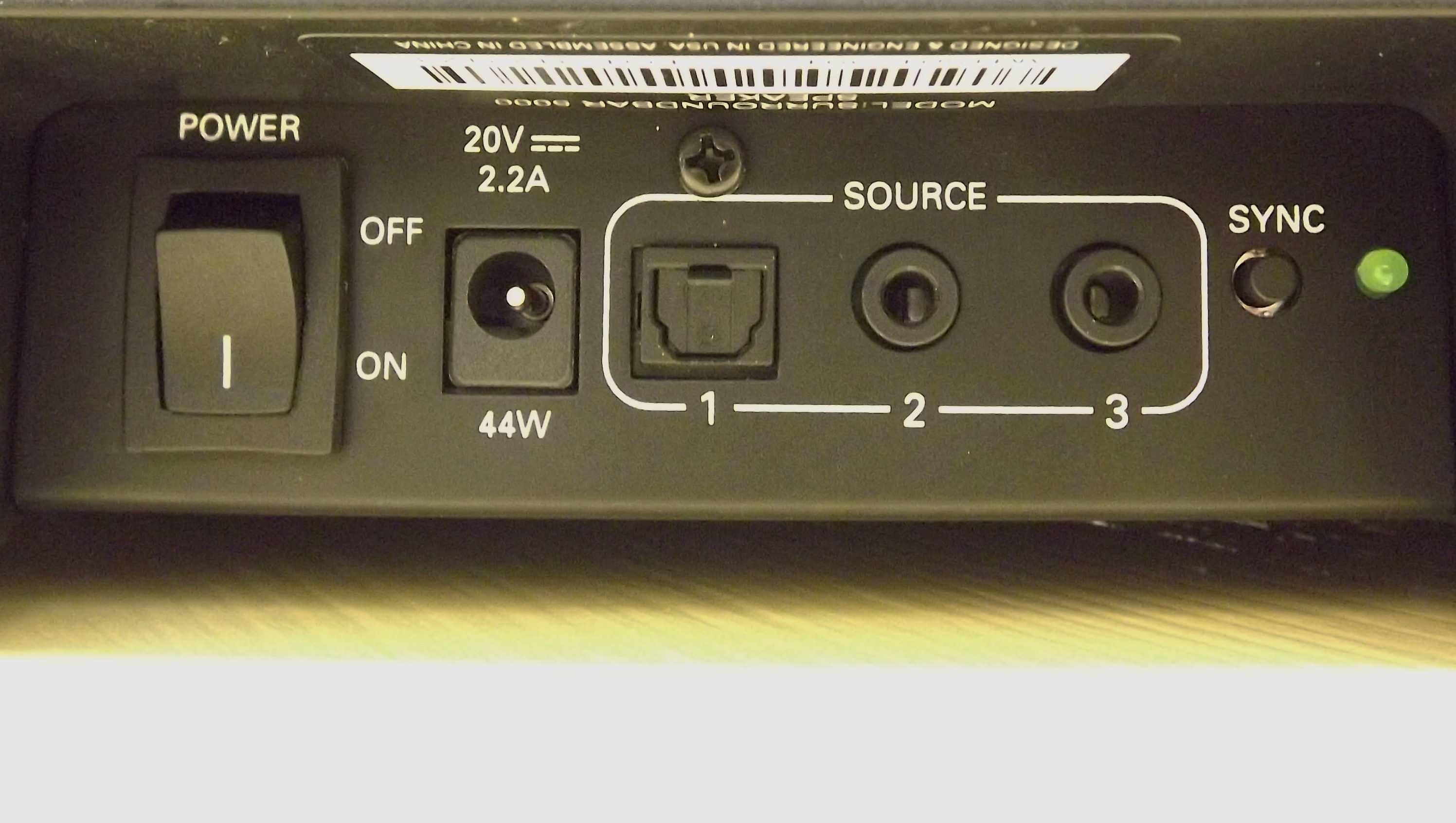 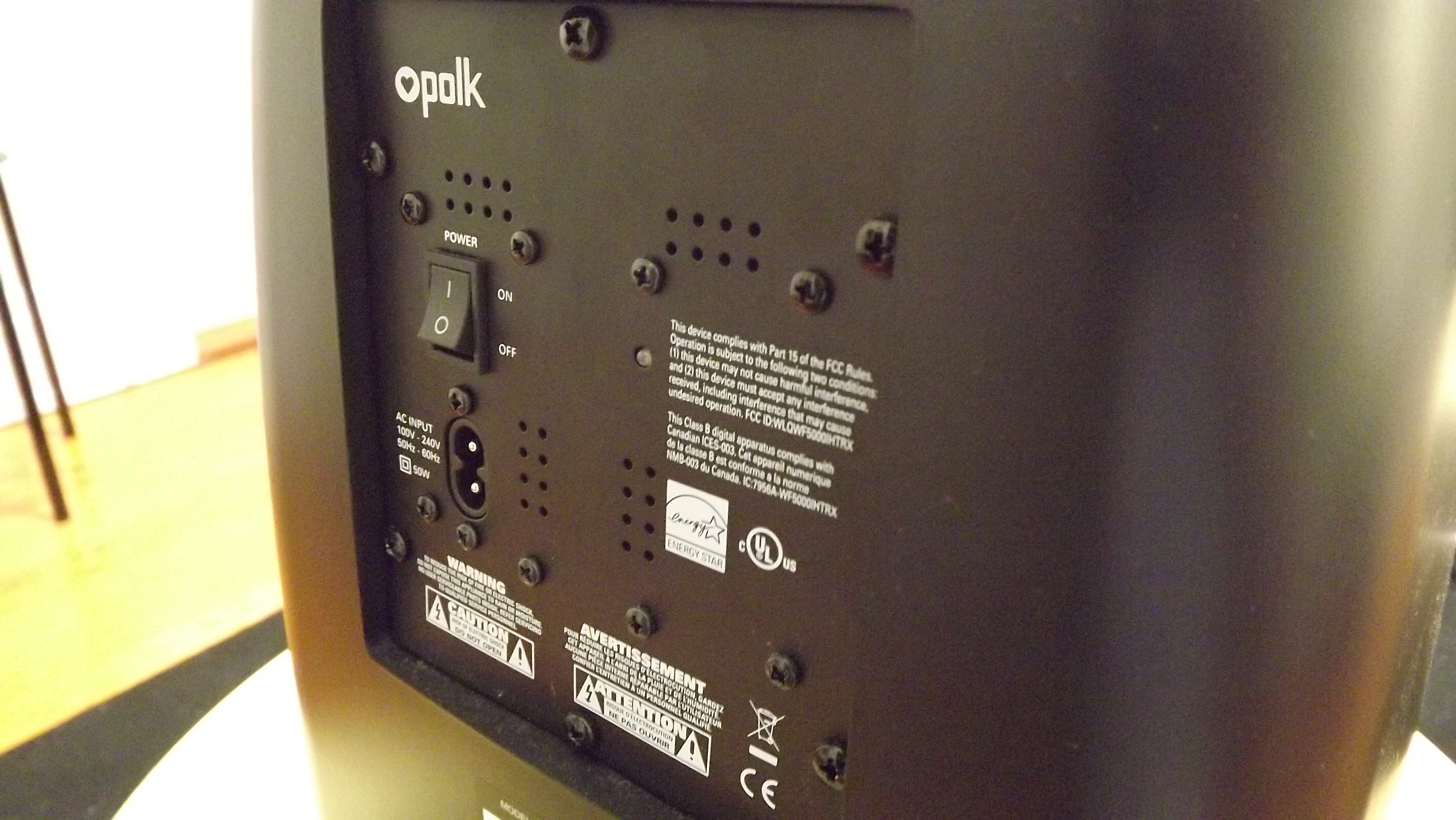 I’m not much of an audio aficionado. I do love clear sound quality and the option to deliver a lot of bass. The SurroundBar 5000 delivers both well. As with all audio equipment, usage will very. Still I find it unbelievable that the 80 watt wireless sub-woofer that comes included will fail to impress anyone.

In addition to having a wireless sub-woofer, the entire system has a Bluetooth radio built-in. Users who have a laptop – as in my case — will find the SurroundBar 5000 to be a game changer for their home-computing setups.

That isn’t to say that the device is restricted to Bluetooth, televisions and computers. The SorroundBar 5000 comes with a wealth of audio pots including audio line-in, optical cable, and RCA jacks. Users can switch to any one of those inputs with the programmable, yet dinky feeling, remote that comes inside the box.

[divider] Is it worth it?[/divider]

Is it worth it?

No one can be thinking about investing in something as high-end as a soundbar and believe that going the cheap route is going to get them the best results. At $249.95 on Amazon the SurroundBar 5000 isn’t a cheap sound system in box. That’s mostly because it isn’t trying to be. There are users who will find their television’s speakers to be just find for their needs. The SurroundBar 5000 just isn’t for them. Heck, I’ve had it plugged into my Xbox 360 for music playback this entire time.

If the device is going to complement an  in-house movie experience, or make gaming more immersive, the cost won’t bother you. I found the sound quality associated with the last Justin Timberlake album and my repeated deaths in Halo to be absolutely magnificent at that price level.

If you are looking to buy a soundbar, or build out your own home entertainment system, the Polk Audio SurroundBar 5000 is a great option. It delivers absolutely superb bass and response, includes Bluetooth audio and even has software that learns your music listening habits and attempts to adapt to them. Those are all winners in my book.

Like anything else of quality in life, it costs a premium. Only you can decide, if that premium is worth spending your hard-earned cash on. Still, if you’ve got the extra cash and audio is important, there’s no better choice in the SorroundBar 5000’s price range. 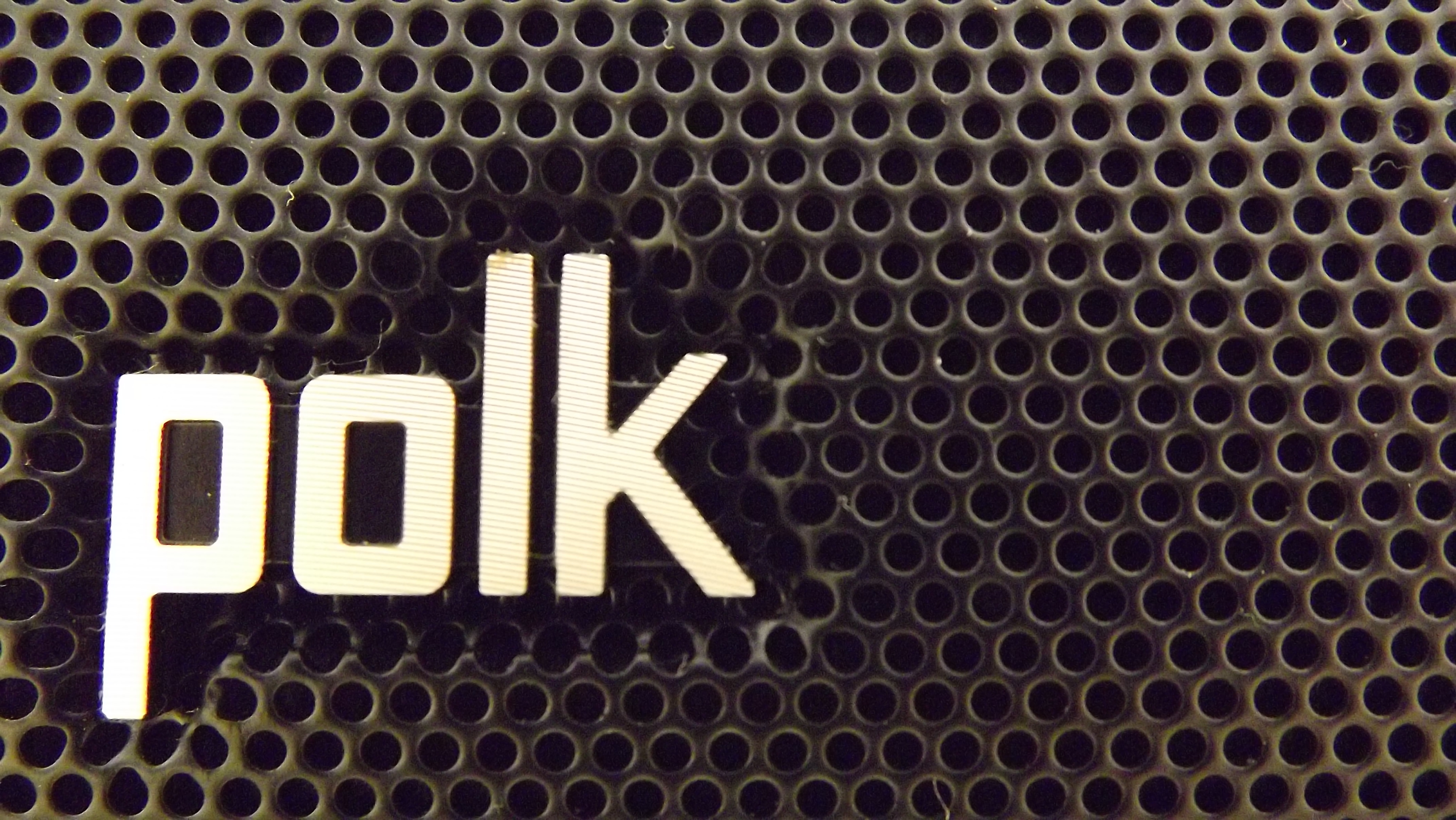 The Polk Audio SorroundBar 3000 delivers the goods. Sure, it's pricey but of course it is. Sound quality at this price point just simply isn't matched anywhere else.
Get It Now
Learn more about The en policy on affiliate links.