A movie set in the same magical world as Harry Potter, but without Harry Potter himself. If you’d have asked me whether that was a good idea five years ago, I would have said it was crazy. Actually, I would have asked, “are you nuts?” Then I’d have remembered the disaster that was Harry Potter and the Prisoner of Azkaban and remembered anything is possible when you’re dealing with Warner Brothers Pictures. Fantastic Beasts and Where to Find Them, arrived at movies theaters this week. I’d be lying if I said that this movie wasn’t my must-see motion picture of the year.

You have to give it up for Warner Brothers. They knew when and where to hit us fans. Fantastic Beasts marks the first time we’ve been able to return to the Wizarding World on-screen. If you’re a fan like me, you’ve missed this world. Let’s not pretend here, we all know that we were hungry for this movie – or anything Harry Potter related.

Directed by David Heyman and starring Eddie Redmayne, Fantastic Beasts and Where to Find Them feels both familiar and foreign. It’s set in the same universe as the books that the other movies are based on, but it’s a different time period. You probably know this by now, Fantastic Beasts started out as a small book that J.K. Rowling sold to benefit a charity. In the greater Harry Potter universe, it’s a textbook considered essential teaching at Hogwarts.

J.K. Rowling wrote this movie herself, there were no middle men cutting out pieces and stitching things together.

Redmayne plays Newt Scamander. Scamander is a wizard, but he couldn’t be any more different from other wizards we’ve encountered in the series before. Fresh from travels abroad, he’s come to New York with a suitcase full of magical creatures. He nurtures them and takes care of them, even if his fellow wizards only see them as dangerous animals to be corralled and kept under lock and key. 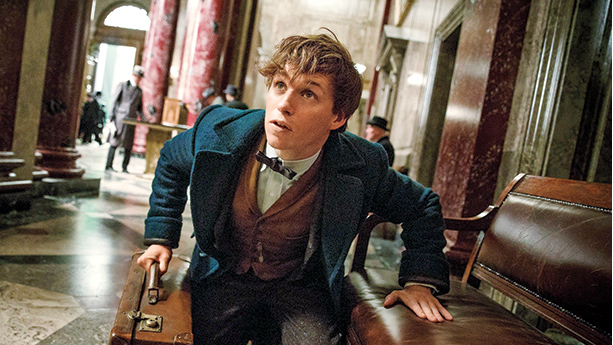 What Scamander finds is a New York City on the brink of war. The earlier twentieth century is very, very different from the Wizarding World that we know of because of the other films. There’s no hope or wonder really. The United States of America isn’t the safest place for magical creatures or magical beings in general. The Magical Congress of the United States keeps a tight rein on anything that might draw suspicion to magic’s continued existence. Strange things are starting to happen all over the city and Mary Lou Barebone has started a society dedicated to destroying wizard-kind. Fear propaganda to achieve nefarious ends, what could be more American than that?

Colin Farrell is Percival Graves, a high-ranking Auror for the MACUSA. He and Tina are trying to track Scamander and his creatures.

I went into Fantastic Beasts and Where to Find Them with a very, very open mind. I knew that this was a movie set 70 years before anything we’d seen before. I hungered for more details on the wizarding world and Rowling doesn’t disappoint. Fanatical heads will spin as the movie reveals new details on the intricacies of magic. 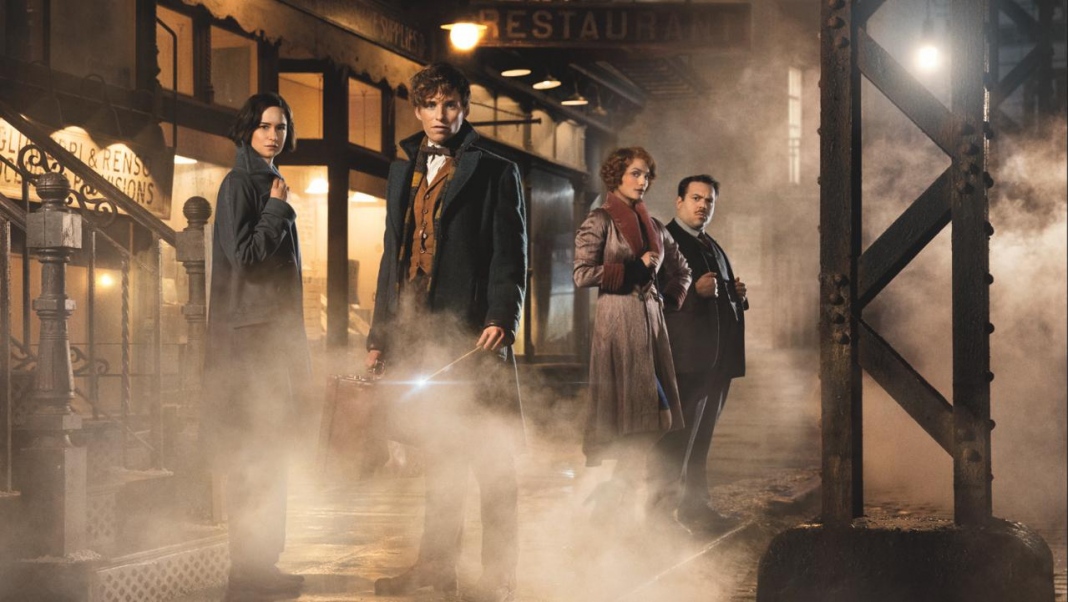 When asked how much he knows about America, Scamander remarks that he only knows the MACUSA has some “backwards” rules about muggles and magical citizens being friends. It’s your first hint at J.K.’s narrative for this series of movies. She’s trading off the country’s very real flaws for a story. It works brilliantly here. The contrast between what we’ve seen elsewhere and in Fantastic Beasts and Where to Find Them is striking. Wizards can be cruel and bigoted. Miscarriages of justice aren’t gone because you can wave a wand. My favorite reference to the real America is the statute that requires witches and wizards in to register their wands.

This being her first movie script, Rowling definitely stumbles with pacing. Parts of the movie feel a bit slow, almost as if you’re being forced to watch an after school special. This is definitely a problem this movie share’s with Rowling’s books.. You’re lured through the slow points by the likable characters and dazzle of exploring a new place.

Colin Farrell never rises to the occasion, coming off as pretty flat the entire movie. Thankfully, Redmayne is fantastic. Scamander isn’t smooth or suave. He’s not even sure of himself. To be truthful, he’s a misunderstood screw up who can’t stop getting in his own way. That Redmayne makes this character likeable – I’d say even more likable than Harry Potter himself was in previous movies — is a testament to his acting abilities. There’s a subtle awkwardness to him that makes you like this guy and Tina. Queenie and Jacob are charming.

Heyman always kept his Harry Potter movies visually grounded in reality, which is very much appreciated here. The creatures themselves don’t break the immersion by looking to fantastical. This is a lesson Harry Potter 3 director Alfonso Cuaron would do well to remember. Forget what you’ve heard, the Neffler that spends most of the movie hunting doing shiny things is this film’s breakout star. Seriously, this Neffler is like Snoop Dogg. You’ll laugh, you’ll wonder how it could be so chill and you’ll cringe when everyone around him almost goes to jail.

Overall, I’m happy to say that Fantastic Beasts and Where to Find Them is a better movie than most of the Harry Potter films. Without the burdens of Harry, it’s light and approachable and mostly baggage free. Rowling has done the unthinkable. She’s managed to keep the world intact while throwing away its biggest narrative liability. Everyone won’t love it, but it’s easily on par with the films.

| Saturday Night at the Movies: Fantastic Beasts and Where to Find Them review 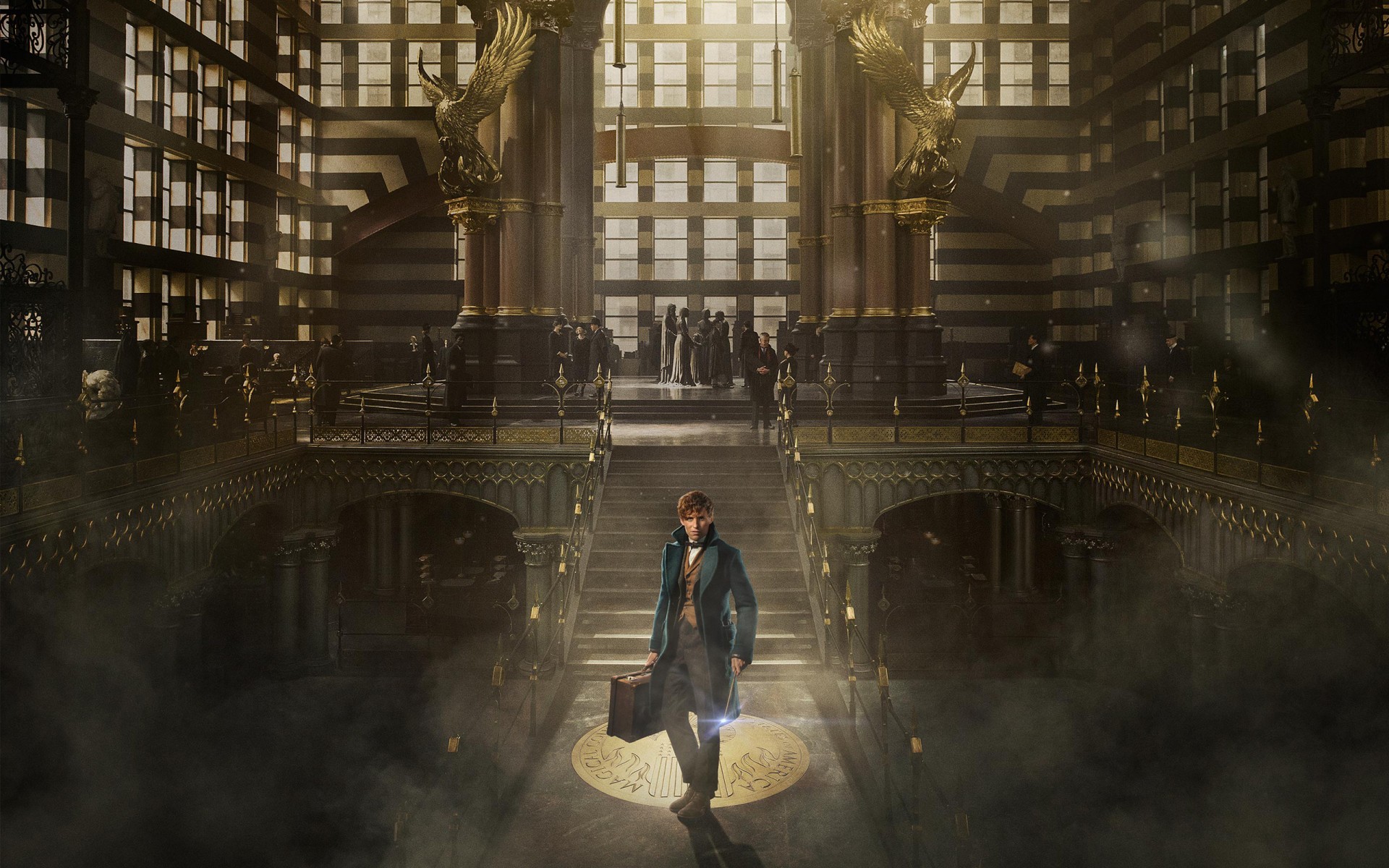