Writing is funny sometimes; you can spend a lot of time trying to come up with a good way to open a review like this. Marvel and Disney employ folks who’d understand the trials of trying something over and over again. After all, the Marvel Cinematic Universe is just the same movie premise at its core, remade every year. Guy has or gets super powers, he uses those super powers to do what is right and just. To protect the innocent. That he – or she – feels the need to do all of this while wearing brightly colored, elaborately painted suits and masks is an equally repetitive feature, of course. I’m ok with them overusing the premise, because what is life it isn’t a long series of putting on funny clothes and letting the world judge you?

Thing is, I went into Captain America: Civil War expecting that same premise. What I found is a franchise that has abandoned the trope. Marvel got off the treadmill.

Captain America Civil War’s plot is human and personal. Other movies are about our heroes, Iron Man and the rest of The Avengers, saving the universe. Admittedly, I’ve never really liked that part of their basic premise. My favorite super hero, the Batman, wants to save a single city. At least he set achievable goes. Money and a mansion only get you so far.

Marvel movies have always used the trope, but done well by it. For years, this team of heroes has kept the world spinning. The public, forever in their debt, should love them. Turns out, not everyone does. A few minutes in, Tony Stark is doing what he does. He is showboating and showing off. Actress Alfre Woodard comes in and sows the seeds for the titular conflict and for Tony Stark’s surprising redemption after Iron Man 3. During all this fighting and all the badassery in previous movies, we were made to believe that no one got caught in the crossfire, that the Avengers weren’t just great super heroes, but also infallible.

Wrong. World governments are signing a treaty that either approves or bans the Avengers from their territory for reasons you find out later. The Avengers, Earth’s Mightiest Heroes, are about to be put on the leash and Captain America isn’t having any of it.

The fighting scenes are spectacular; the special effects aren’t too overdone. All that’s pretty par for the Marvel Cinematic Universe, I’d say. It’s this plot point, the idea that we, the audience, have been rooting for these guys for years without so much as batting an eyelash while they leveled entire cities, that makes this movie an action masterpiece.

On one hand is the rule of law.

Robert Downey Jr, Elizabeth Olsen and Chris Evans do a remarkable job at selling the discourse. On one hand is the rule of law. In a world where rules don’t apply, why should these guys be above the law? On the other hand, the Avengers have saved the world more times than we can count. They do the job that world governments and paramilitary forces can’t do. Why should they answer to government bodies and politicians with their agendas and corporate payoffs? The topic makes Captain America: Civil War interesting where other superhero movies sometime lose their way. It makes the movie realistic in a way super hero movies rarely feel. From out of nowhere springs a masterpiece that’s built on shackling the unshackled and moral dilemmas that make you feel guilty for having loved superheroes all these years.

Captain America: Civil War is still in theaters. You can pre-order it through Amazon, iTunes and Microsoft Movies & TV. I wouldn’t pre-order it though; it’ll be months before the film is actually available on these services for on-demand streaming.

See it in theaters. Seriously folks, it’s not the same old comic book battles and humor that Marvel has thrown us all these years. That stuff is there, but there’s meat to this story that goes beyond one-liners and jokes about spandex. Captain America: Civil War is something altogether different for Marvel, I think.

Also, don’t get it twisted. Team Stark or nothing. 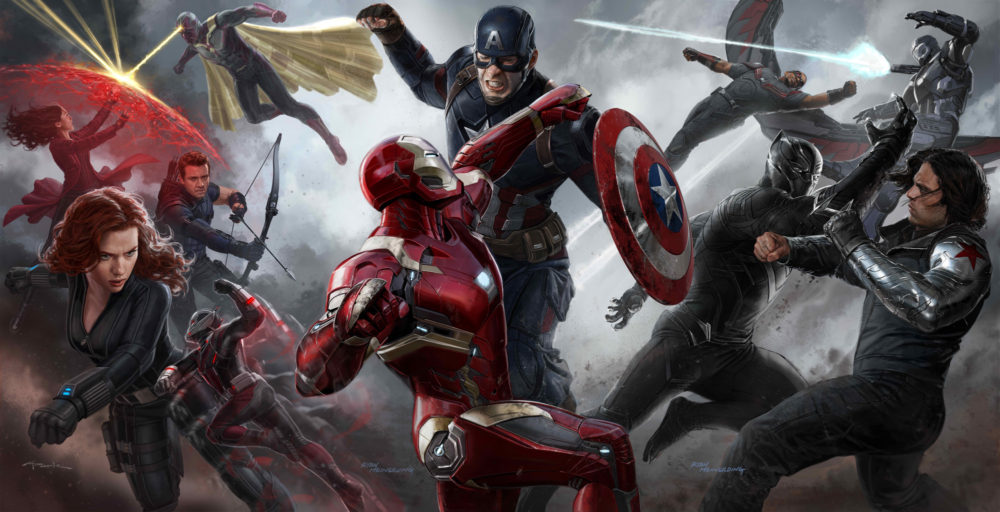