Heroes are masters of the impossible. They can go anywhere and do anything. If that’s the definition of a super hero in its purest form, than Marvel Studios itself may very well have transcended our existence. Every year they’ve delivered movies that capture the imagination and rake in more ticket sales than the films before it. That they risked their sterling reputation for Doctor Strange honestly blows my mind.

I’ve dabbled in the Marvel Cinematic Universe since Iron Man, but I’ve still yet to deep-dive into the comics. Because of this, Doctor Strange was a misnomer for me. I suspect he was unknown to a great deal of the people who I shared air with in a crowded movie theater on Friday night too. Whereas the other heroes turned into movie franchises fight for country or to right their own wrongs, the good doctor is a smug prick that never fully learns the error in his own ways.

Strange doesn’t just believe that the rules don’t apply to him.

And make no mistake, Benedict Cumberbatch sells smug very, very well. Having sailed his way through medical school and a high paying job at one of New York’s best hospitals, Strange doesn’t just believe that the rules don’t apply to him. He’s deluded himself into thinking that he’s not self-centered. He somehow has it in his mind that he does what he does to help people.

No one else is buying that, including Rachel McAdams’ character Catherine. Events of the movie force Steven Strange to confront some of those demons. He’s forced out of his high-flying, self-content lifestyle by an event of his own doing. Eventually, that same incident forces him to confront reality: science can’t explain it all.

Tilda Swinton, Chiwetel Ejiofor and Benedict Wong enter the movie as Strange goes on his quest to regain what he’s lost by any means possible. It would have been easy for the writers to turn one of them into the comedian and another into a mystical know-it-all. Instead, they all fill both roles, with each throwing in some comedy for good measure. Neither of them stand out, but neither of them feel like the flat cardboard cutouts that are typical of good vs. evil media these days.

I wish I could say that the film gave Mads Mikkelsen something interesting.

I wish I could say that the film gave Mads Mikkelsen something interesting or though provoking to utter in between trying to kill people and claim the Earth for an existential threat. He does the bad guy thing well, he always has. He doesn’t utter one sentence you’ll remember after 5 minutes later though. He’s the one “meh” character in an otherwise well-written film. I should note that the theme of going beyond science comes up early, but seems to prematurely disappear. It’s absence gives way to questions on personal morality that are much more delectable.

Doctor Strange doesn’t have combat as you’ve seen in a movie produced by Marvel Studios before. Explosions aren’t exactly on the menu. What you’re treated to is a visual feast of buildings of New York and more all folding into each other but never colliding. Strange and his combatants leap from building to building as they take each other on. 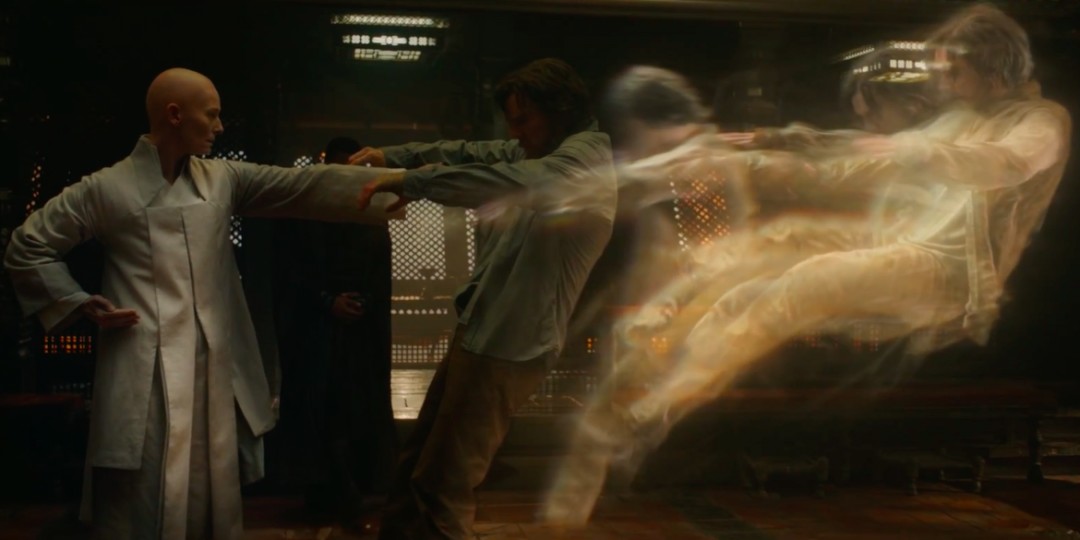 There’s a delay in your understanding as your mind tries to discern how the characters are using the environment around them to do battle. You’re watching an epic fight, then out of nowhere, someone ends up stuck in a wall or worse. All at once, the fights seem grounded in reality, but incredibly whimsical. I loved them; I absolutely loved them.

Kaecilius (Mikkelsen) doesn’t work, but Benedict Cumberbatch’s Strange does. For some of the movie you hate him as you can only hate well-off jerks with egos the size of Texas and expensive sports cars. Moments later, he has you letting down your defenses. This is a ploy to get you invested in just how much of loathsome prick he really is. Even at these points in the film you want to hit him. These moments lend Doctor Strange bites of clarity and understanding we never really get in other super hero films.

This does turn into a slight problem for the film at some point though. You’ve spent so much time seeing the bad in Strange that when he exclaims, “I became a doctor to save lives,” you’ll roll your eyes and want to yell, “bruh, please.” I wanted to, but I’m sure the girl sitting next to me wouldn’t have approved. As she drove me to see the film and is my girlfriend, it wasn’t worth the risk.

One thing that surprised me was the sheer amount of humor in this film. As with The Avengers, some of these jokes are surface-level, but a few of them have layers. In fact, what’s funny is often essential to Doctor Strange’s plot. At the same time, the tone and design of the film are very much based in reality. Contrast that with what we’re seeing out of DC Comics these days and you realize how rare achieving both are. Sad Batman anyone?

The narrative is tight and snappy, which is a rarity for anything coming out of Marvel.

Doctor Strange shouldn’t be this good. I mean, it’s based on a B-level Marvel character played by an English actor doing an American accent. Marvel Studios has hit us with so many super hero movies that we should be sick of this formula by now. Large parts of it had to have been shot in front of a green screen to add effects, which is almost always a bad sign to me.

Deep down, I know that the Marvel Cinematic Universe is a money-making enterprise. Marvel is no hero, metaphorically or otherwise.

Forget what you know.

But, like the characters in the movie keep saying, “forget what you know.” I also know that I enjoyed every minute of Doctor Strange, and I can’t want to see the character appear at the movies again so that I can part with my hard-earned dollars in exchange for another glimpse of his world. 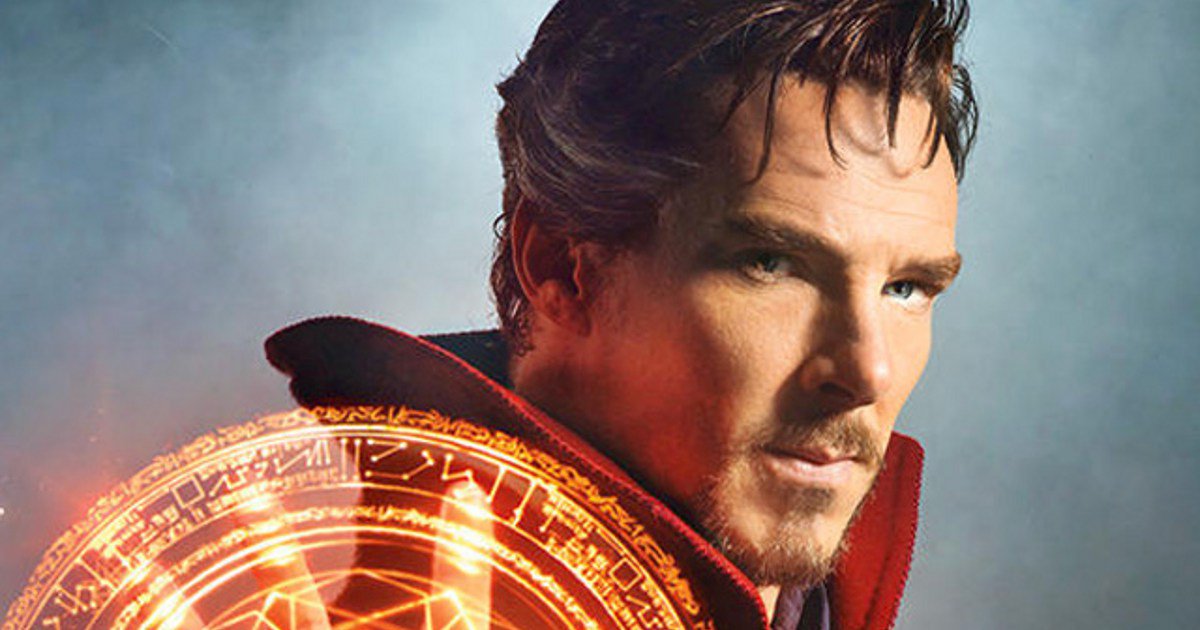