Good movies tell you the same story in a way you’ve never seen it before. Better movies tell you the same story with quality writing and an all all-star cast. Great movies provoke an instinctive reaction from the people who watch them. It’s not enough for the great films to tell you a story or to act as stages for an upcoming and coming Hollywood starlet. Ex Machina wants to violently but elegantly destroy your modern sensibilities. If you’re so mentally damaged by the subject that you never want to use a search engine again, Ex Machina is ok with that.

I should say, Ex Machina isn’t about search engines explicitly. It’s not about the exquisite manicured research facilities belonging to the brilliant but troubled minds of the world’s technology CEOs either. Still, the movie has candid things to say about both.

As Ex Machina begins we meet Caleb. Played by Domhnall Gleeson, Caleb early on fits the professional corporate stereotype. He’s just won a contest to meet the head of his company. It’s not explicitly said, but it’s implied that Caleb is expecting a week of coding and bouncing ideas off his company’s most powerful figure.

Nathan (Oscar Isaac) is that CEO and he oozes the kind of glib, anything-goes candor that only being praised and worth millions can endow upon you. He’s brought Caleb to a spectacularly futuristic research facility so that he can get feedback on something he’s working on. This something, he thinks, could change the world: Ava. Nathan wants Caleb to help him test Ava (Alicia Vikander) and decide whether he’s managed to perfect his artificial intelligence technology. Ava is a walking, talking computer built by Nathan and powered by the search results of millions.

Ava is a walking, talking computer built by Nathan and powered by the search results of millions.

Ex Machina is the movie that breaks my earlier theory on the quality of films. It was days after watching that I finally realized Ex Machinma was derivative of films I’d seen in the past. That alone is an accomplishment and underscores just how terrific the film’s story really is.

Through Nathan and Ava the film asks the audience existential questions about its own habits and ideas. What does it mean to be alive in a world where everything already seems one step away from being digital? Nathan, in particular, is effective at showing a mirror to the audience. What are we willing to give up in the name of progress? Forget whether we have the right to play God. Ex Machina asks what is the nature of God anyway? In some small way, aren’t we all creators?

It’d be very easy to turn this sort of film into an action movie, but the writing keeps it firmly in thriller territory. What is the nature of the relationship between Nathan and Ava. Is Ava capable of using deception, femininity and manipulation to get exactly what she wants? Who is her friend? Who are Caleb’s enemies?

All of these questions mean that the movie can be a bit difficult for some to digest. At times, Ex Machina can be difficult to comprehend. I think that’s its true genius. Plenty of thrillers can use the imminent threat of death to set a tone. Ex Machina uses your own kindness against you and plays tricks with your mind as if you were in a room with a robot yourself being asked, “Where you paying attention?”

Like Ava’s own body, the set design and special effects are understated and deceptively alluring. Simply put, I loved this film. I think you’ll love its plot twists and turns too. The acting is superb.

Ex Machina is available for rental or purchase in the Xbox Video Store for as little as $4.99. That means you can watch on the Xbox 360, Xbox One, Windows Phone and Windows PC. It’s also available in the iTunes Store for rental if that’s your thing. 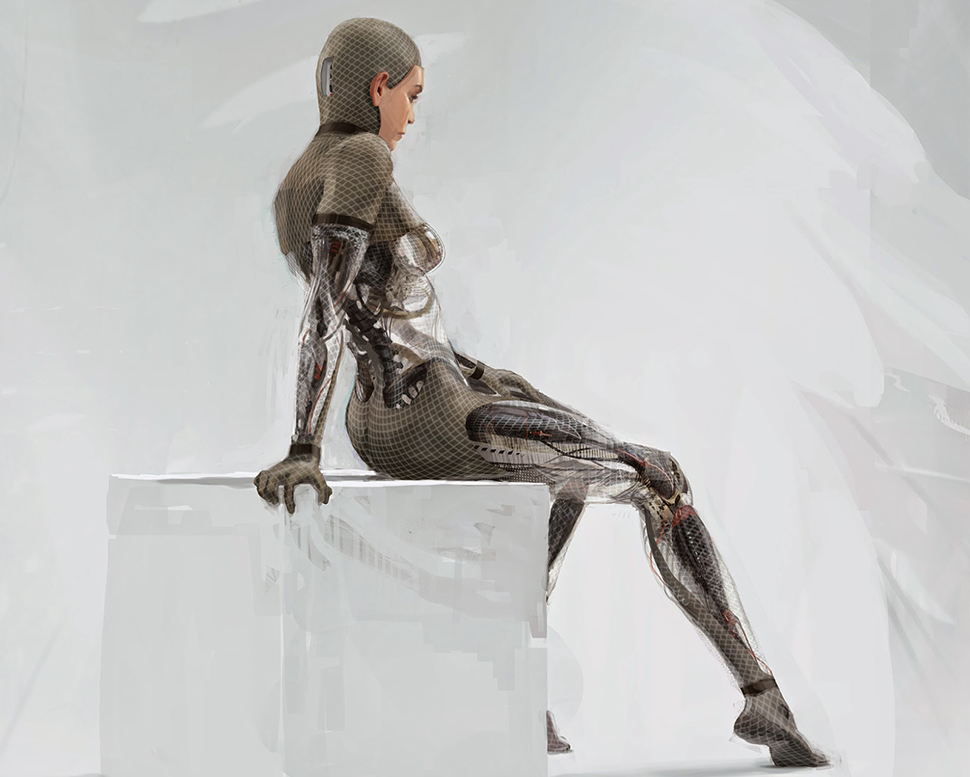