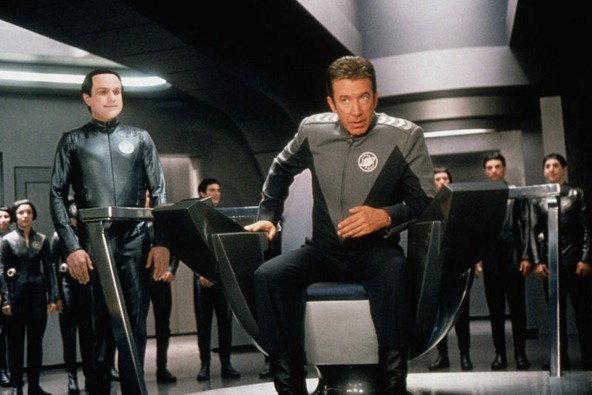 These are the stories of the NSEA Protector. It’s continuing mission? To explore new worlds and make jokes. To seek out new life and strange looking civilizations. To want to go home in one piece, as soon as humanely possible. Such is the premise around “Galaxy Quest” a Star Trek parody filled with so much irony, it may border on an being a spin off of the series itself. 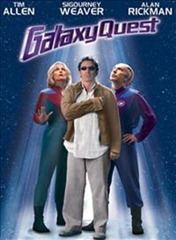 “For four years, the courageous crew of the NSEA protector – "Commander Peter Quincy Taggart" (Tim Allen), Lt. Tawny Madison (Sigourney Weaver) and Dr.Lazarus (Alan Rickman) – set off on a thrilling and often dangerous mission in space…and then their series was cancelled! Now, twenty years later, aliens under attack have mistaken the Galaxy Quest television transmissions for "historical documents" and beam up the crew of has-been actors to save the universe. With no script, no director and no clue, the actors must turn in the performances of their lives” From Zune.net

Even if you aren’t a Trekkie you’ll find this one hilarious. I won’t ruin the movie for you guys, but let’s just say I’ve never looked at Star Trek: TNG the same way since. “Galaxy Quest” is available for rent right now in the Zune Video Marketplace for 240 Microsoft Points ($3).