I’d imagine that the amount of time that’s passed since the average person last saw a movie made by Disney’s Pixar studio is a lot less than it is for me. I remember being mildly interested in Wall-E, Big Hero Six and Up. I couldn’t get motivated to see any of them though. No worry; Inside Out impressed me so much that the studio will probably have me buying tickets for their films for a very, very long time.

Inside Out isn’t your typical tale of right and wrong. No one reaches a point where they’re ready to sell their toys or be the hero. Inside Out is a story about growing up, but told from the viewpoint of the emotions that live inside Riley. Joy (Amy Poehler), Fear (Bill Hader), Sadness (Phyllis Smith), Anger (Lewis Black) and Disgust (Mindy Kaling) are always at Riley’s control center, helping her to react in any situation with the push of a button.

Things for Riley are going great until her life suddenly changes. That ramifications of those changes ripple through her entire life and the team of emotions that run her life.Joy tries to balance out the other emotions, keeping Sadness, Anger and Disgust in check.

Inside Out is a well designed, great looking film. Everything is colorful and charming. I’ve heard computer generated graphics described as Pixar’s unfair advantage. I think that’s true. No other studio bound by budgets and timing could pull off the world of whimsy that Inside Out does. Riley’s emotions aren’t the only thing that we see manifest in singular form. Our journey outside of headquarters – the place where Joy and her crew work their magic – includes the different islands of Riley’s life. Hockey, Family, Wacky and Friendship are all out there.

I love that there’s an area dedicated to Abstract Thought. I also love that this area has a warning sign posted out front. Wait until you see how Riley’s mind producers her dreams. Memories are glowing orbs. The control center has levers for each emotion to use during any situation.

I’d argue that studios that consistently release quality films offer a potent mix of things that you can laugh at because their a mirror reflecting back into your soul. Getting at a core feeling and a core emotion is so hard these days. Everyone’s trying to make you feel something, but only the great film makers can pull it off successfully.

I joked online that Inside Out had me feeling things that I’d never felt before. Admittedly, that wasn’t a joke at all, but the truth. Joy and her crew and the wacky world that they live in are for helping children understand things that even us adults still grapple with on the daily. On the other hand, Riley is our stand in. She’s us when we were children and felt that we were powerless against the giant forces that waited for us just outside the front door. She’s us when we transferred to a new school and couldn’t see how we’d make new friends. She’s us longing for a time when everything was safe and the only thing we were sure of was that Little Bear and Eureka’s Castle were on just after the latest episode of Gullah Gullah Island.

There’s enough wacky things going on that children will love this film. There are enough adult jokes, deep thoughts and raw humor about the human experience that the old and old at heart will have a great time watching too. Inside Out is $5.99 in Microsoft Movies & TV for rental this Saturday Night. It’s also available in iTunes, Amazon and Google Play. You should absolutely see it.

| Saturday Night @ the Movies: ‘Inside Out’ review 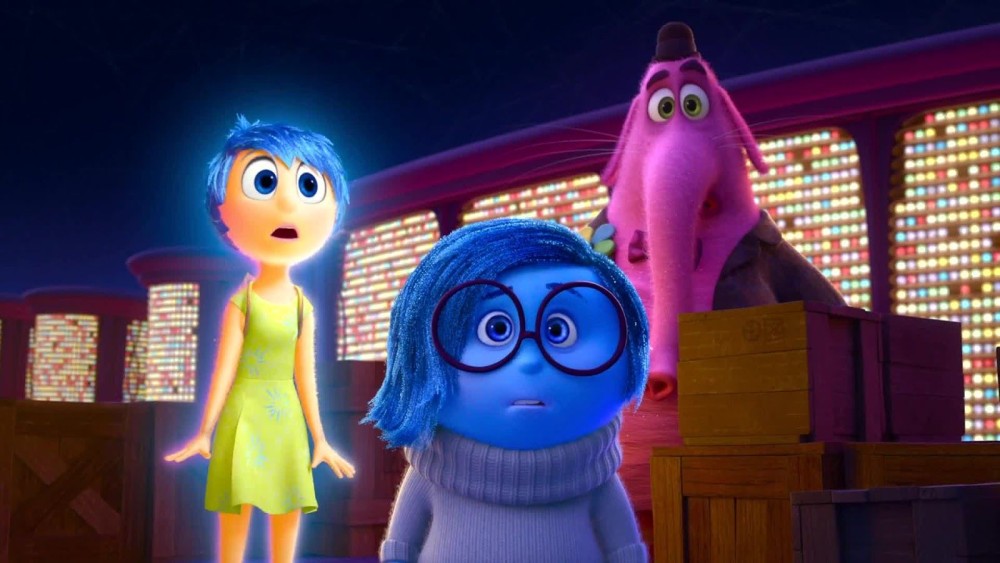