As legend has it, Zefram Cochran told a crowd full of people “Don’t try to be a great man. Just be a man.” That poor, pseudo optimistic view of humans that Star Trek dumps on us has bothered me ever since. Terrible human characterization aside, it’s almost as if science-fiction movies took Cochran’s word’s to heart.

Interstellar, this year’s mind-boggling film from Christopher Nolan, gave me the same vibe. Big name actors, are in it. Matthew McConaughey, Michael Cain and Anne Hathaway fill out the movie’s cast. There’s some impressive visuals thrown in their too. Rather than dismiss the movie outright I decided to stay away from the trailer and dive right in, ready to carve up the performances, visuals and story in Saturday Night @ the Movies and save you the trouble of watching the film while it’s on sale for $.99 in the Microsoft Store. I took the cover off my Surface Pro 3 and hit play, fully expecting to spend the next two hours landscape watching as my train speed through rural New Jersey.

For forty minutes that’s exactly what happened. I watched as Cooper (McConaughey) and his daughter Murphy set the same stakes we’ve all seen from these movies before. Gifted with the ability to do things that others simply aren’t crazy enough to pull off, Copper is naturally curious and adventurous. That gets him into trouble in this new world. The Blight has destroyed food crops for years. With super markets out of the question, mankind has  to its survivalist beginnings. No one wants to hear about going to the stars or discovering new things. The focus is on farming and staying alive.

McConaughey is a man born of a different era, when you went to college and used education as a tool to get the things you want in life.

McConaughey is a man born of a different era, when you went to college and used education as a tool to get the things you want in life. With humanity on the brink of extinction, his philosophy naturally conflicts with the establishment. During that forty minutes, Interstellar struck me as unremarkable, but a well grounded piece of science fiction. When just eating and surviving dust storms are your daily life, this is what you’d get. The movie doesn’t get cute and playful with the possibilities – it shows them to you in a well-thought out manner. Cooper’s son is already on the fast track to becoming a farmer and Cooper hates that. He wants better for his children. He never does tell anyone that.

As if sensing my ultimate boredom with its story line, Interstellar becomes a different movie. Murphy and Cooper go in search of answers and they find them in the form of NASA. Gone underground, the scientists there know that it’s only a matter of time before their only crop, corn, is decimated. What’s more. Without any food humanity will die, suffocating because of elemental changes happening to the Earth’s atmosphere.

The rest of Interstellar certainly went faster than those first half hour. Interstellar morphs into a better movie when Conner makes the decision to go off and do his part to save what little is left. There are people who will watch this film and only see the visual effects. You can; the movie certainly looks great. Nolan smartly adds visual flair for those who need it.

There are three core themes at the heart of Interstellar though, riding along with them, lurking in every scene as if academy awarded actors themselves: humanity, restraint and regret.

Restraint is by far the most defining. Modern science-fiction films are built on flashy graphics, imaginative tools and over-the-top action. They’re sort of like sandbox games where you can build whatever you want. What fantasy there is in Interstellar, remains confined, grounded in our very real reality. Far too many pieces of science-fiction – including Star Trek – divorce themselves from the realm of what is possible. The modes of transportation that we see in the movie are vehicles that look very much like our own. The people that you encounter are like the guy in Starbucks that you had a coffee across from this morning. Trying to survive, trying to thrive, fighting for hope. No effect is over-the-top or too flashy. Even the sound design is muted, almost art-house like in its simplicity.

The fate of humanity is ultimately at stake. It’d be easy for Interstellar to use that to continuously set the tone. Sometimes it does that. Often times, the ultimate motivation for the band of characters isn’t saving humanity, it’s dealing with the choices they’ve made and the consequences of those actions – much like the entire human race itself. There’s a scene where a teacher alludes to America landing on the Moon as “propaganda.” In this movie and in the real world, we’ve squandered Earth’s natural resources, treating the marble will live on like a cheap motel with no one really checking to make sure we don’t steal the towels and set the room on fire. Every character wants desperately to go back, to undo what has already been done. In real life you spend Monday thru Thursday just putting out the next fire until you make it to Friday. Interstellar pacing is a lot like that. There’s a lot of time solving the smaller problems and dealing with the tiny issues.

It’s how well Interstellar renders the human condition that ultimately made it my favorite science fiction film of all time. Too often, movies in the genre use humanity like a euphemism for what makes us want to learn and explore. Interstellar does things differently. Curiosity surfaces early on. Vanity and selfishness surfaces later on. Adding the full-range of what we consider humanity makes these characters and this story stand out in a way few blockbusters do. It doesn’t glorify leaving everything behind to go on some awesome adventure. It punishes its cast for daring to dream, for daring to do the unorthodox. It punishes you for having the same flaws that they do. There’s an overwhelming amount of self-awareness baked into this movies script.

Vanity and selfishness surfaces later on.

Interstellar is us, each one of us. It’s characters have our flaws and our will. They want the same things we want. Assurances that we’re safe, nd that those we care about are safe too. Interstellar is our hopes, or our desires, poured into a drama whose setting happens to be space. 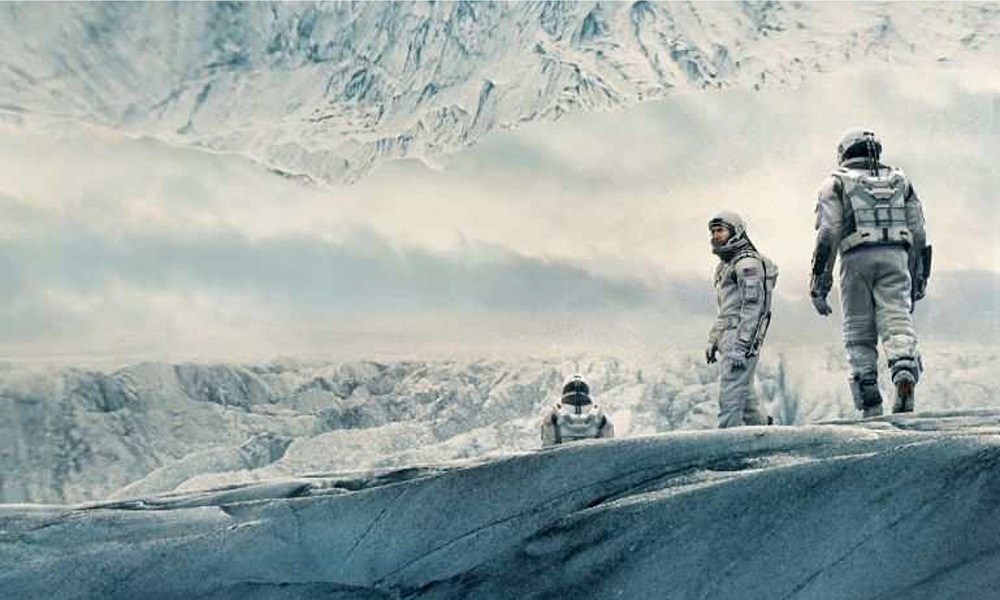