The very idea that a covert agent walks among us, taking on risks we never dreamed of seems to resonate with movie goers the world over. We don’t always necessarily identify with their personal identities, their drunk women conquering, but we recognize ourselves in them. We love a movie like Casino Royale or Mission Impossible; there’s a common enemy and only one man who keeps the balance in check. For that to work we need to admire the person doing all the bedding and most of the killing. Kingsman: The Secret Service came out of nowhere to what seems like nearly universal cheers earlier this year. I have a strong feeling it’s because it meets those needs for a new generation.

It wasn’t until I’d already seen Kingsman: The Secret Service that I realized why all of my known world thought it was the best movie they’d seen all year. Kingsman was written from the beginning as a swang song to the people in my circles. It was tailored for people who needed the things the Bond series originally offered: unpredictability, a fresh start, action and special effects that were truly impressive and attract women doing very cool, and sometimes risky things.

Egerton, is a typical wanna-be good guy who just doesn’t have enough positive things going for him yet. For years he’s watched his mom humiliate and demean herself for the purposes of hanging on to her longtime boyfriend. Having grown up, Egerton is an adult now and isn’t having any of that nonsense quietly anymore. He picks a fight, and gets his ass handed to him. This single plot element is proof positive that you aren’t watching your typical spy film. Egerton’s character is like many  of us in the real world. He’s not an orphan and a ward of the state. He isn’t special He isn’t wealthy. His dad is dead and his mother is a continuing source of disappointment. His name is Eggsy, which is possibly the furthest thing from cool I’ve heard since Jerry Springer went and started doing Too Hot for TV infomercials.

Colin Firth plays Harry, a mentor figure who comes into Eggsy’s left after realizing years without his father has made him petty and extremely bitter. Harry is a member of a secret organization that sends agents into the field to to do what the military and official British intelligence services won’t do. Michael Cain’s Arthur is the mentor, having run the Kingsman organization for years. He’s looking for new recruits, but he’s not exactly thrilled with Eggsy’s continued eligibility in the service.

You think you know what happens next. After a few training montages and some heart-to-heart talks Eggsy gets recruited into the service, you assume. I won’t confirm whether that does or doesn’t happen here, but I can say that the road to redemption and stopping the maniacal Valentine, played by Samuel L Jackson isn’t as plain as you might think.

Valentine also has the freshest shoe game I’ve ever seen.

Kingsman: The Secret Service is the movie someone born after the utter domination of Bond craves. Valentine doesn’t just drop a few jokes to antagonize the Kingsman. He antagonizes the audience along with them, making fun of their need to always be connected. Hell, Valentine delivers seem pretty meaty and deep jokes about spy movies themselves. All of this is done while maintaining what has to be the most ridiculous villain accent you’ll see all year. I should note that Valentine also has the freshest shoe game I’ve ever seen. Some new-age womanizing and brutal fight scenes complete the experience.

It’s not often that I actually recommend buying a movie in Saturday Night @ the Movies, that I’m willing to do so now underscores how epic Kingsman: The Secret Service really is. It’s a spy festivus for the rest of us. You don’t know what you’re missing.

Kingsman: The Secret Service is $14.99 in the Xbox Video Store for purchase. It’s available for streaming online and anything with an Xbox Video client, including the Xbox One, Xbox 360, Windows Pone and Xbox 360. 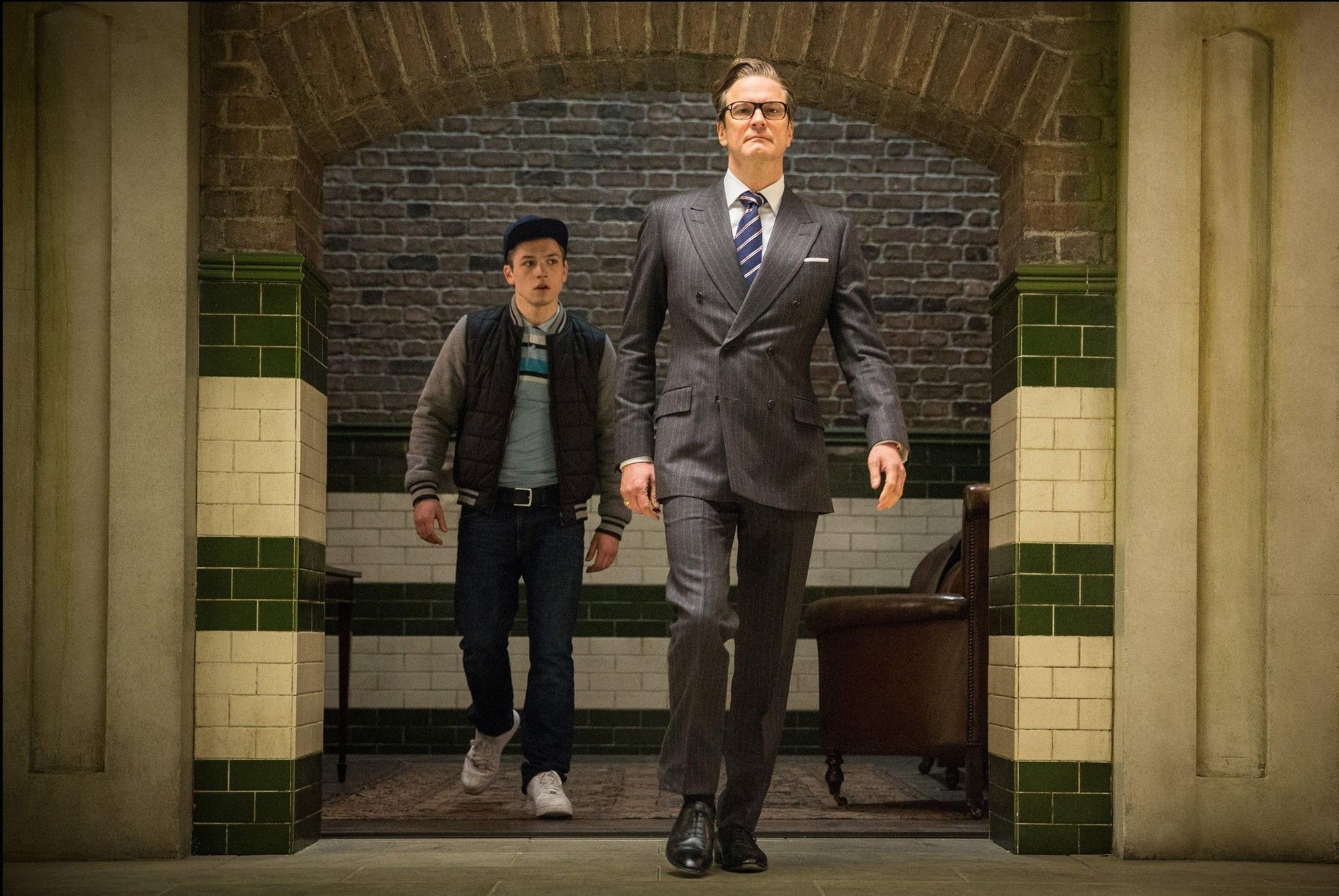