Watching documentaries on a Saturday night is always a risk. What if the documentaries doesn’t explore the subject in a meaningful way? What if that subject — especially if the director is simply trying to capitalize on a hot topic — isn’t necessarily painting a realistic portrayal of the situation in question? I had both of those fears going into a showing of the new Netflix documentary Mitt.

I’ll be up front with you now. This movie did nothing to change my feelings on former Presidential candidate Mitt Romney. That’s because it wasn’t really trying to. Instead, the film simply offers a realistic portrayal of the Romney campaign staff and family members saw during his 2008 and 2012 runs for The White House. This isn’t The War Room for a new generation. As such, there’s no decent conversations about actual domestic policy beyond just spewing talking points, and if you’re waiting for a film that actually makes a point on morality you won’t find that either. Judging by the reviews I’m seeing some watchers were disappointed by then.

They shouldn’t be. Had this film been about policy it’d be just one more to add to the pile. In my opinion, Mitt is more clever than that. The film’s director may be holding up a camera at Romney and his family but he’s also holding a mirror up to the viewer and sly asking them to reconsider our thinking on politics and the people we all back for President of the United States. To me, that’s worth a Saturday night without action heros, overly developed bombshell love interests and aliens who can travel the stars with ease but somehow always managed to underestimate the courage of humanity.

Mitt is available for streaming on Netflix. There’s no word yet on if or when it’ll arrive as a download for other services. 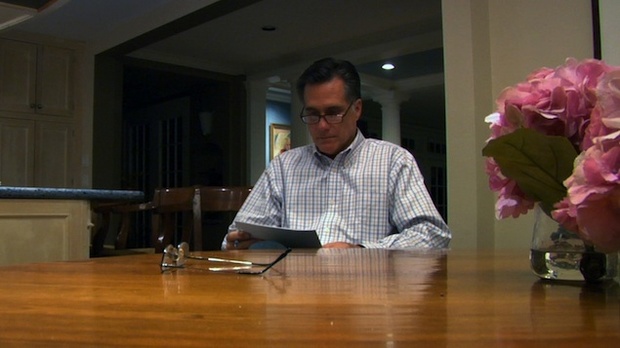