Even after the decades that have passed, hearing someone scream “It’s morphing time” still feels special. The Power Rangers series that aired in the 1990s receives a lot of credit for being a cultural icon. It was, but describing it as that leaves so much nuance out. To a generation of kids that didn’t have much else to watch and didn’t have parents to let them in after school, the Power Rangers were a morality play. Here were five teenagers from a nowhere town that looked like you and talked like you. They got good grades and battled monsters. Here was this world that was fair, just and understanding. Power Rangers was babysitting television at its prime.

Out this weekend, it’d have been easy for the new Power Rangers movie to go heavy on the cheese and create the same wholesome environment. Yesterday’s team of superheroes were five people that had interests but felt stiff in a way that children’s shows are allowed to get away with. For all the years we spent with them battling Rita, they never felt human. Power Rangers have depth, and it achieves its depth by skipping on that after school special vibe that the original series had.

The setup is the same despite the tone being different. Earth is in trouble and only these five teenagers can solve the problem. You don’t need to know their names because you already do. Zach, Billy, Jason, Trini and Kimberly are played by Becky G, RJ Cyler, Naomi Scott, Ludi Lin and Dacre Montgomery. We’re all familiar with the orders that Zordon gave Alpha 5 in the original show. “Recruit five teenagers with attitude.” He doesn’t give that same order in the new film, but that’s exactly what he gets.

Their names are the same, but the characters couldn’t be any more different than their television counterparts. For one, they actually are five teenagers with attitude. The original writing called for sweet teenagers who’d do what it takes to keep the world safe. These guys are so much more. They’re reluctant and mouthy. They’re not sure that they believe in themselves, much less the mythical powers that Zordon claims has been thrust upon them. 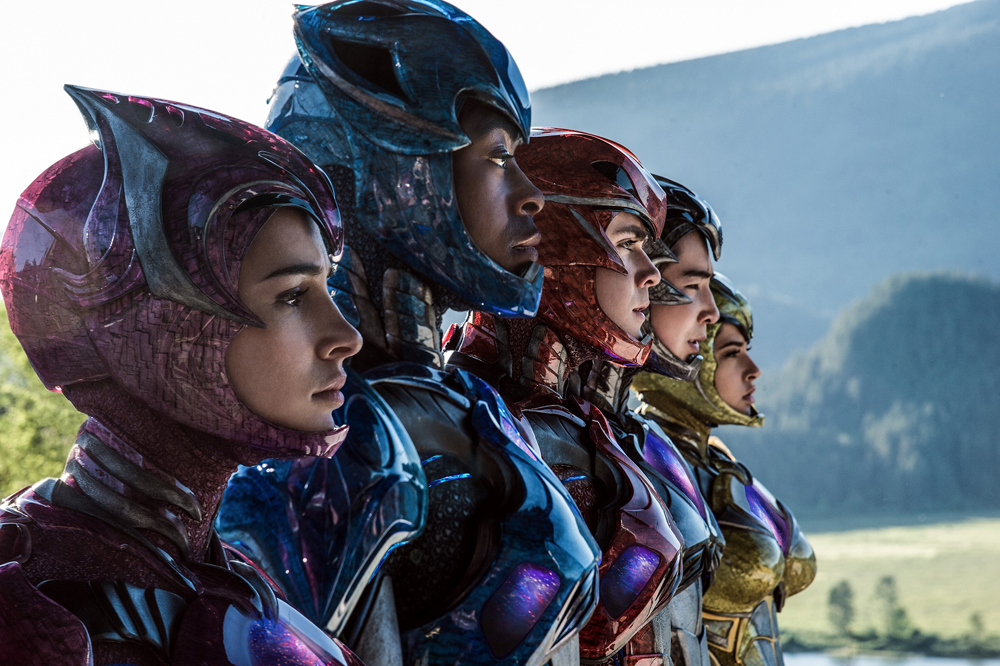 They’re so human. They have worries and fears. They have put others through pain, and they have suffered their own personal tragedies. Jason isn’t a clean cut guy that knows how to do karate. You’re pretty sure that he’s the biggest screw up alive when you first meet him in the movie. The others are lost teenagers, each dealing with personal tragedies in their own ways. These new rangers have a very Breakfast Club vibe to them that I thought was a nice touch.

You’ll find yourself with a new favorite ranger. Billy absolutely steals the show. Someone on the writing team should get a credit for good comedic timing. The jokes in this film land.

The jokes in Power Rangers are authentically funny.

This realism permeates the film and makes it feel fresh. Only Alpha 5 feels shallow and like a figure from days now gone. Zordon – yes, the guy who did nothing but act as a father figure and chief order giver in the original show – has some story. Here’s he’s played by Brian Cranston of all people. Our old Zordon may have been a non-stop confidence booster but this guy isn’t. It works to the film’s advantage. The stakes seem dire because you’re invested in the dynamics of the team and their relationship with the dude that’s trapped the wall. Other neat departures this film pulls off make for a narrative that’s easily as compelling as other superhero movies. Hell, it’s more compelling than what we’ve seen out of DC Comics since the Dark Knight franchise ended.

Elizabeth Banks’ Rita Repulsa has absolutely no depth to her and that’s just fine. She’s psychotic and absolutely hell bent on getting what she wants. The film does a somewhat good job of explaining why she wants to kill everything walking. That is something that you had to take at face value in the original show. You’ll wonder how far she’s prepared to go to get what she wants. You risk not taking Banks’ Rita seriously at your own peril. 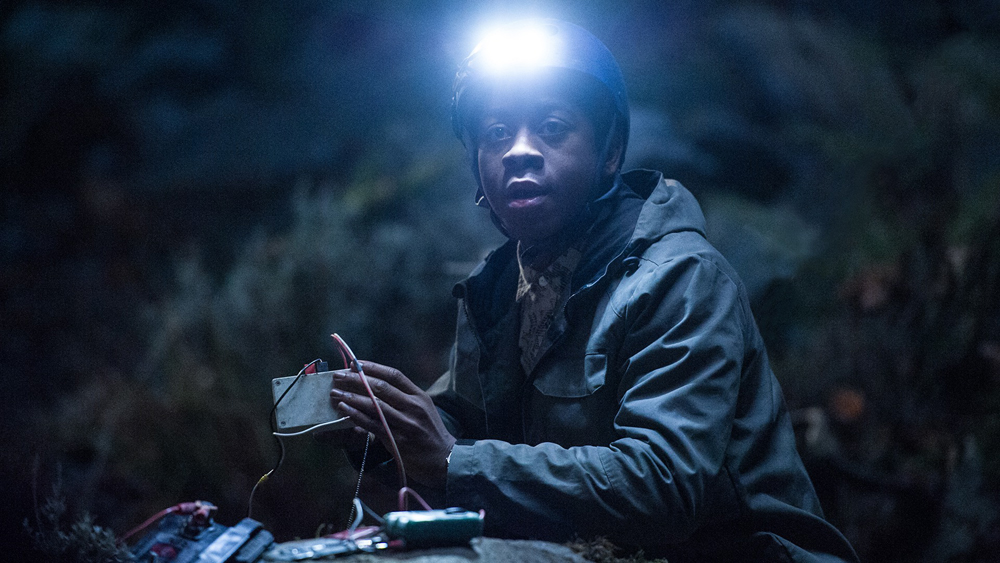 I’d say that Power Rangers is never better than when it’s playing with your expectations and taking itself seriously. In fact, it only falters when it drops the serious pretense for some cheesy shots and fan service. Also, the cinematography is good, with the beginning of the movie relying on a circular camera shot that was really striking. The suits are cool, though I think the Zords might have needed another design pass. Goldar is a whole new level of weird that drives home just Rita’s insanity.

Power Rangers is never better than when it’s playing with your expectations and taking itself seriously.

And that’s the thing about the Power Rangers movie. The filmmakers had a very hard task. On one hand, the film had to appeal to adults that grew up watching the show after school and craved a more adult film. On the other hand, there’s a new generation of kids out there that have no idea who Billy Cranston is. 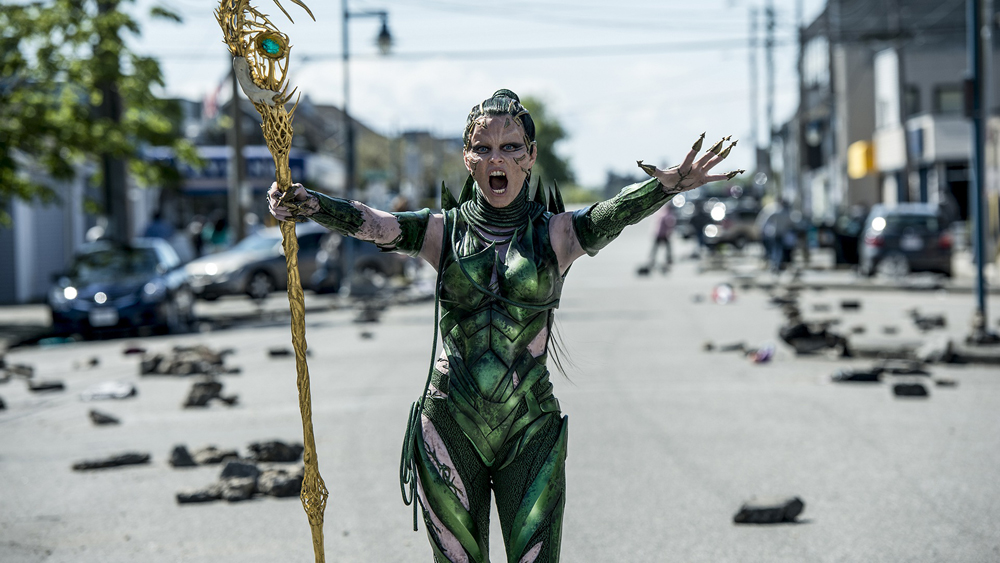 These aren’t the Rangers that parental guidance boards were fine with letting you watch after school. After Assassin’s Creed, I was worried that this nostalgia trip might end in disaster. This movie succeeds because it’s no after school special. Your kids will look up to them because they are superheroes that have giant dinosaurs at their command. You’ll love them because you are an adult with complex thoughts that make the original rangers far less compelling than these. This delta is one of the huge reasons the shows no longer hold the sway that they once did. This is Power Rangers evolved.

These aren’t the Rangers that parental guidance boards were fine with letting you watch after school.

Watch the Power Rangers movie folks. Watch it and marvel at how transforming a compelling narrative and decent comedic timing can be. Watch it and let yourself fall for the magic all over again. If neither one of those things sounds fun, watch it so that you can appreciate the irony in having lived long enough to see Saban making a Power Rangers movie that’s better than the last two things that crawled their way out of DC Comics.

What kind of supreme being would allow for such irony? I’m not sure, but he’s my kind of guy, and this is my kind of remake.

| Saturday Night @ the Movies: The ‘Power Rangers’ movie is flames 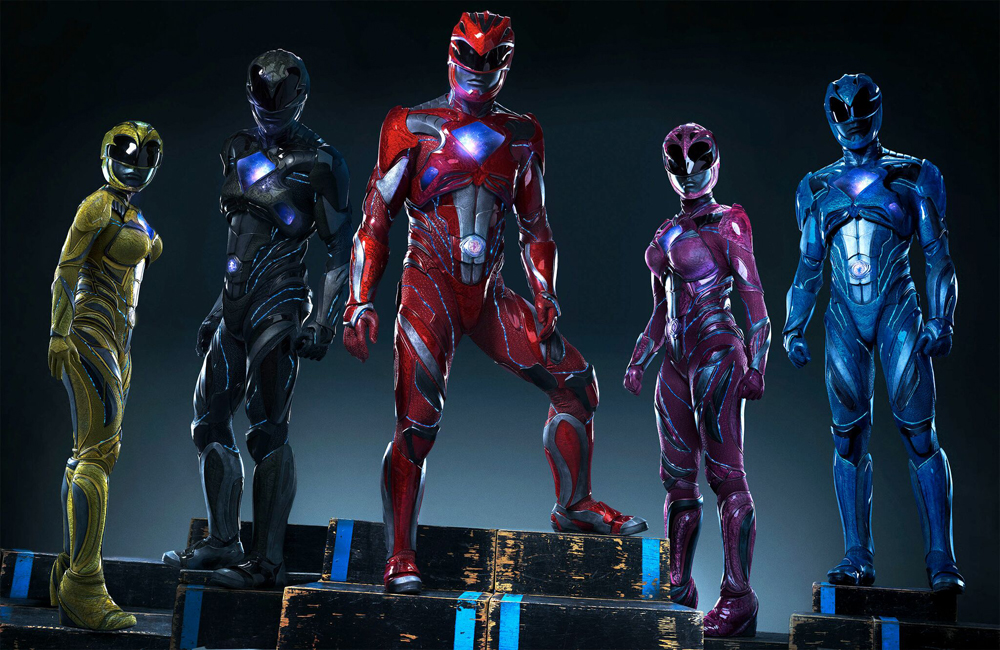