Remember that joke everyone makes about bad movies being so bad that they’re good? That’s completely not true. Now, if the people perpetuating that nonsense told everyone that bad movies make for great Saturday night movies, they would have been right on the money. Take The Babymakers. It’s not the best movie we’ve ever seen, but it fails with grace. That’s something you can’t teach.

A man decides to rob a sperm bank with his friends when he has trouble conceiving a child with his wife.

That’s it. No subplot that makes you question your place in the world. No dialogue that makes you want to walk around aimless and contemplate life’s mysteries. The movie is literally Olivia Munn and Paul Schneider teaming up with a band of misfits to rob a sperm bank. The best part? Renting The Babymakers is only $.99 in the Xbox Video Store for those who don’t mind watching in standard definition. Happy watching!

| Saturday Night @ the Movies: The Babymakers 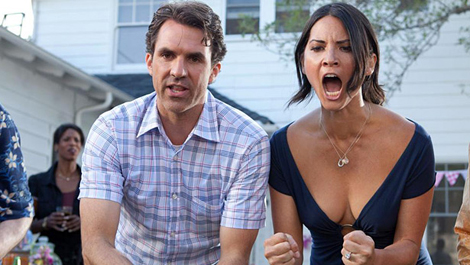