For too long humans sat by and watched as giant alien robots fought over the fate of their world. Transformers: Age of Extinction is a movie that plays with the concept of “too long” a lot.

Recognizable characters aren’t something Transformers: Age of Extinction is heavy on, but stars viewers can pick out of a crowd are plentiful. At the center of this movie is Mark Wahlberg. Wahlberg’s Cade Yeager is a failed inventor of sorts. He’s apparently spent years creating different robots and new technology that he can’t make any money from. Nicola Peltz stars as Yeager’s daughter and possibly the only connection to the real world he has left, Tessa. Jack Reynor later joins in the festivities as Shane Dyson, a race car driver and secret boyfriend to Tessa Yeager.

While looking for deals on equipment that he can fix and resell, Cade comes upon a truck that anyone and everyone will recognize as badly damaged Optimus Prime. As cade is unknowingly repairing Optimus for resale, the movie sets viewers up for what appears to be a fresh take on the series. In past movies, Decepticons have banded together to attack Earth and destroy humanity. After the massacre in the last movie, it’s now humans that are the problem. A unit of the CIA is systematically exterminating any and every transformer they can find. In charge of that operation is Harold Attinger, played by Kelsey Grammar.

Stanley Tucci plays a Steve Jobs like character who is working with the CIA to kill and rebuild transformers into their own weapons of mass destruction. According to Grammar, Optimus and his team are fair game because they’re no longer needed.

A more angsty Optimus Prime is fed up with protecting humanity. He’s done sacrificing those under his command to protect a species that has no problem hunting him down. The series seems poised to ask existential questions about life. What happens when your friends look like your enemies? Is self-sacrifice really the cure to every problem? When is someone else’s fight not your own. It hits at the heart of every major conflict there has ever been.

Transformers: Age of Extinction hits all the right cues for a new kind of transformers movie. It’s almost as if the series has grown a spine and has something to say.

A half our later you realize you’re watching the exact same movie you’ve seen three times already. Grammar’s character is the typical government agent who won’t listen to reason. Wahlberg’s character, endlessly quotes the same lines we’ve heard from Lebouf’s character in prior movies, he’s hope personified. Seriously, it’s almost obnoxious how hopeful this guy is. Then there’s the love struck centerfold crying out for rescue and acting as eye candy. The only fresh trope is Cade Yeager exchanging father-boyfriend jokes with Reynor’s Shane for three solid hours. Those jokes get old after you hear the first two.

By the end of Transformers: Age of Extinction you realize you’ve seen every sin a writer can ever commit in a film. Character progression is trashed trying to stick these characters into the same tired boxes from previous films. By the end of the film I longed for defeated Optimus prime. To make matters worse, the writing veers so far into ridiculous that it borders on campy. At some point, Optimus Prime tames a group of ancient transformers that looks like a dinosaurs. He picks up a sword and rides a tyrannosaurus into battle. No, I’m not kidding.

As far as I’m concerned, the worst problem Transformers: Age of Extinction has isn’t throwing out the characters from previous movies. That had to happen. I get why that happened. I wanted that to happen.

Nothing makes me sadder than admitting that if this is true, I’ve wasted 3 hours of my life I’ll never get back.

Transformers: Age of Extinction is a terrible movie because it does the unconscionable. Tucci, Grammar and Wahlberg are phenomenal actors who are forced to spout some of the worst dialogue I’ve ever heard in a blockbuster film. That’s saying something; I saw the Star Wars prequels for god’s sake. The writing is too bad, the action scenes too confusing. Also, it’s too long, and you feel every minute tick away. I’m not a religious man and that means I don’t believe in an afterlife. Nothing makes me sadder than admitting that if this is true, I’ve wasted 3 hours of my life I’ll never get back.

Transformers: Age of Extinction is available for rental this Saturday Night in the Xbox Video Store online, on the Xbox 360, on Windows, on the Xbox One and on Windows Phone. A twenty-four rental is $4.99 in high-definition. 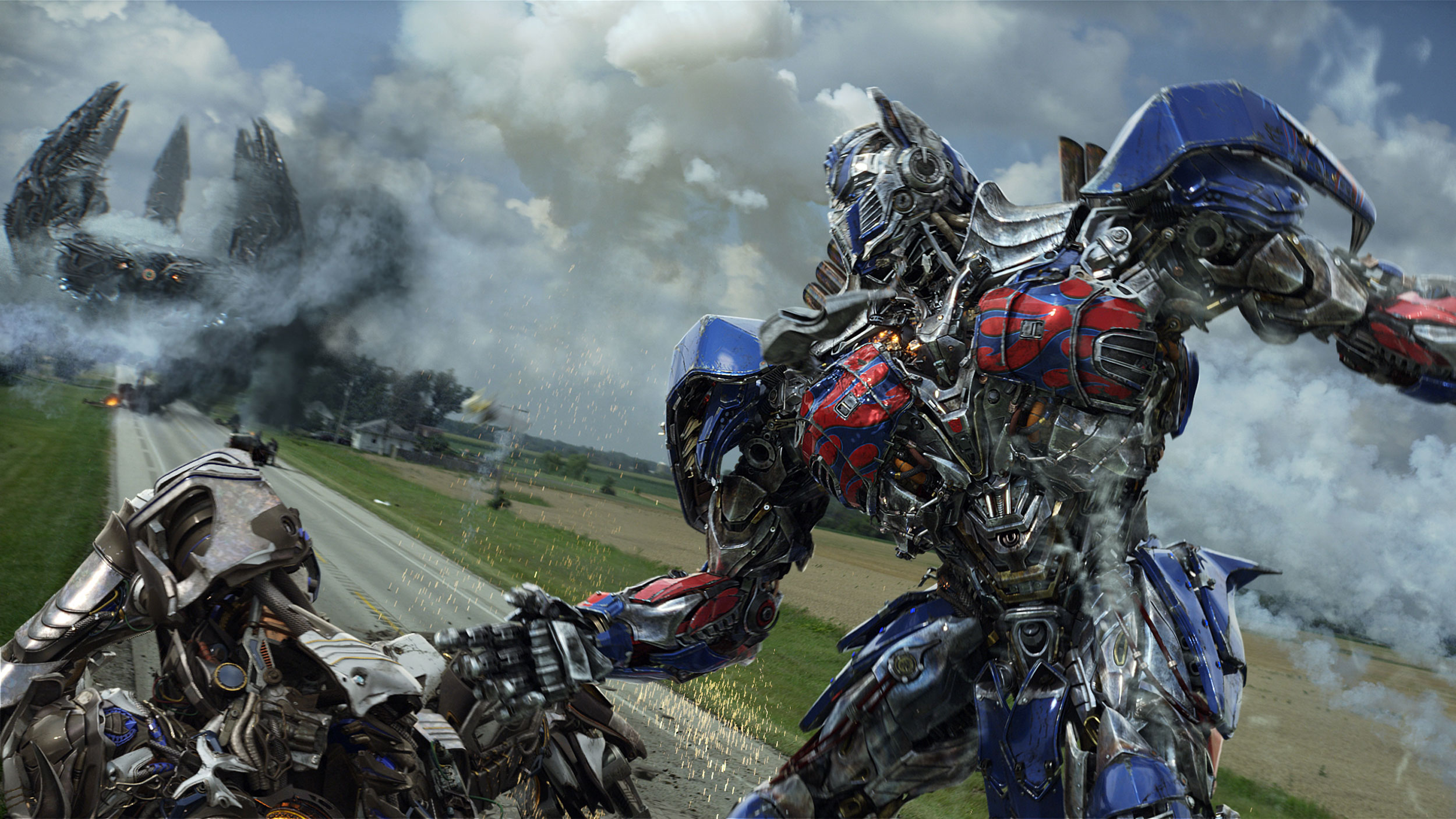