It boggles the mind that there was ever time when the likes of Batman, Iron Man, Captain America and more of that elk weren’t dominating feature film releases. Each year the summer movie season begins with another Liam Neeson action thriller and a superhero movie follows it up. Watching Netflix’s new show Daredevil harkens back to the early days of superhero movies.

You see, Daredevil really benefits from being part of a new class of super hero of television shows. Having long conquered cinemas around the world, both Marvel and DC have retooled their offerings, introducing television shows that allow them to make it summer blockbuster season all year-long. This new story-telling medium for superheroes allows Daredevil to play the long game.

The very first episode introduces us to most of the main players. There’s Matt Murdock (Charlie Cox), a blinded but brilliant lawyer who has just made it out of school and passed the bar. There’s his best friend Foggy (Elden Henson), a fast-talking legal mind with ideas of making money and being successful. Both Matt Murdock and Foggy have walked away from lucrative firms to start their own small practice in their old neighborhood of Hell’s Kitchen.

Three episodes in and only Murdoch’s inspiration for dedicating his life to fighting crime and defending his neighborhood is explained. The two lawyers are joined by two women (Deborah Ann Woll & Rosario Dawson) who have their own motivations. Those are the four characters you get early in the show. Oh and there’s Matt Murdock’s crime fighting alter ego, Daredevil. Though blind, Murdock’s other senses pick up the slack. He can hear and smell better than the average human.

Too often, these super hero movies have long back stories, with complex character development and years of tone-setting. In some ways, the superhero movie is a firecracker. Twenty minutes after you’ve sat down in the theater they’ve already lit the string. You spend the next 40 minutes anticipating that bang, craving that need for all-out action. As you wait with bated breath, the film throws out pieces of back story. That back story isn’t engrossing or human, really. Mostly, it’s just so that you make it to the loud bang with realizing how ridiculous what you’re watching really is.

We’re not worried for our heroes because someone told us to be in a single line of dialogue. He’s earned the right to be terrifying.

Daredevil, free from network television executives and film producers, true genius lies in its different approach to superhero story telling. Your destination is the same, but how you get to that bang is different. No character feels minor because their back stories are covered at length in the show as it happens. The only thing we go back in time for are looks at Matt Murdoch’s childhood and for the most part those are limited. We see them start their law firm. We see Matt Murduch on the streets fighting crime in a t-shirt that could very well be an N-Sync concert souvenir turned inside out. We watch as Kingpin (Vincent D’Onofrio) becomes a legitimate threat to Hell’s Kitchen and everything else we hold dear. We’re not worried for our heroes because someone told us to be in a single line of dialogue. He’s earned the right to be terrifying.

If most superhero movies are a firecracker, Daredevil is a sparkler. You’re filled with anticipation from the moment you light it. It shines brightly in your hand the entire time. You have time to appreciate how the light reflects on the pavement below. You notice how the sparks dance in mid-air. When it does go out — as all things must do — you realize what you saw was something you can judge in its entirety. There’s a journey and a destination that you can appreciate.

Daredevil is available exclusively on video streaming service Netflix, which has apps on the Xbox One, Xbox 360, Windows PCs, Windows Phones and anything else with an internet connection and a screen. Subscriptions for the service start at $7.99 a month.

Watch Daredevil. It’ll probably be the best drama you see all year. 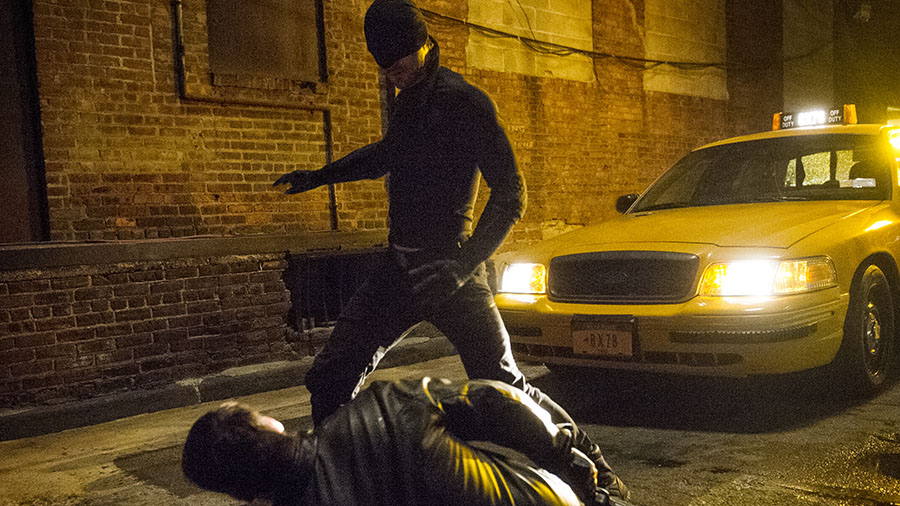