What does it take for you to be afraid of the world you live in? Maybe you have no appreciation for gore? Maybe the most frightening thing you’ve ever seen involves a chainsaw and unsuspecting teenagers who thought it’d be a good idea to spend a reckless weekend at an isolated cabin a few miles away from a prison. Black Mirror, a program that premiered on television a few years ago, has finally arrived on Netflix and if garbage ghost stories are the most frightening thing you’ve experienced, you haven’t seen scary yet.

Black Mirror is unlike any show you’ve ever seen. Set in contemporary United Kingdom, the series is a horror show unlike anything available in the United States. British television writer and Black Mirror creator Charlie Brooker is a master at tricking watchers into torturing themselves.

Each episode, there are two seasons of Black Mirror available on Netflix with three episodes each, are almost thrillers. Each has a unique premise with its own characters and situations. They’re only linked to each other by the pervasive technology that feature heavily in each character’s live. The first episode is an examination of the modern media and how our own appetite for the next scandal and thing to talk about creates a vicious cycle of half-cocked reporting. This isn’t a Fox News special, it’s not saying the media stinks. It’s using your own reflection as a weapon; a sword that that’ll wound you very modern sense of self-worth and moral compass. Later episodes touch on oversharing our lives, advertising and group think. No matter what the subject of each episode is, there’s a deeper meaning behind what’s going on in each character’s life.

You can’t watch an episode of Black Mirror and not look at technology and other people the same way as you did before. That’s the real intent. The show’s violent against your consciousness; your understanding of what makes sense and what doesn’t. You’re the victim even if you don’t actually realize you are until the credits are rolling. For that reason it’s closet to The Outer Limits and possibly The Twilight Zone.

You can watch Black Mirror right now on Xbox One, Xbox 360, Windows Phone and just about anything else with a Netflix player or a web browser that supports the service’s site. Netflix costs $9.99 a month, but also offers a free trial if you aren’t already a subscribers.

| What’s On: In ‘Black Mirror’ you’re the victim 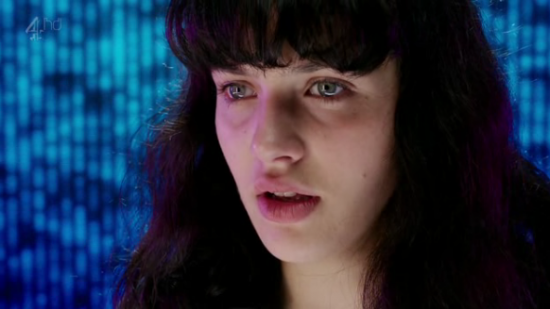