The crime mystery series is a time-honored event in modern entertainment. To be clear, I’m not talking about the ridiculous stuff NBC supplies Americans with every week on Law and Order. No, only the British can do a detective show well and above all of those they’ve produced stands one Briton with a heart of gold and a hot red temper. He’s Endeavor Morse and only on Inspector Morse will you find both mysteries that’ll keep you puzzled until the end and characters that’ll make you want to move to the British isles with haste.

John Thaw plays Morse as he roams the colleges and streets of Oxford in search of murders, everyday housewives who felt the need to kill for a priceless trinket and just about every other criminal element you could possible think of. Joining him on the ride is Robert Lewis, a plane spoken everyman who doesn’t hail from the schools of Oxford. Inspector Morse isn’t just some random television show that strives for quality stores. Instead, it’s a look at what the genre should be. The way it weaves common-sense issues of modern society with age old questions makes it performance art.

Inspector Morse isn’t available in the Xbox Video Store. However, it is available to those with a Netflix or Hulu Plus streaming subscription. Watch it this Saturday night, you won’t be disappointed. 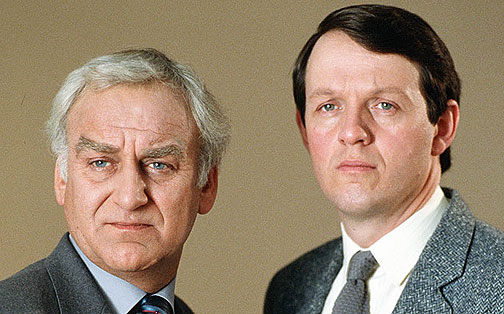