That someone would have an idea for a show set in a war-torn country in the Middle East with an unstable regime seemed insane. That FX, of all channels would make such a show seemed even crazier. How could the network that gave us that horrific Middle East-focused final season of Damage produce air something about the same region of actual quality? Then, Tyrant actually began airing, and what was once a crazy idea for a show blossomed into a series that might actually have some interesting character development and plots.

To be clear, Tyrant doesn’t have either of those things in large abundance just yet. Instead, the show users can watch through the FX Now app on their Xbox One, Xbox 360 and Windows PCs is only half-baked. Tyrant begins as a seemingly normal Arab American in the United States argues with his family about going home to visit for a family wedding. Throughout the first 10 minutes he hesitates, wondering if going back home actually is the best course of action for his family.

He’s worried because he’s no ordinary citizen in his home country. Instead, he’s the second son of a Saddam Hussein-styled dictator that’s ruled with an iron fist.

“If Tyrant doesn’t have character development and interesting plots than why watch”, you’re asking. You should watch because all the bones for a decent show are here. Depth slowly creeps up on a few of the main characters by the second episode. Deep philosophical questions are also scattered throughout the first three episodes, giving it a nice dash of social commentary. The questions aren’t life-changing or anything, but they do toy with the viewers sense of right and wrong – something that every anti-hero focused show tries to do, but really succeeds at.

Tyrant is available for free through the FX Now apps if you have a cable or satellite subscription with one of Fox’s partners. Those who don’t can purchase each episode of the show in Xbox Video or purchase a Season Pass for Tyrant at $16.99 in standard definition. 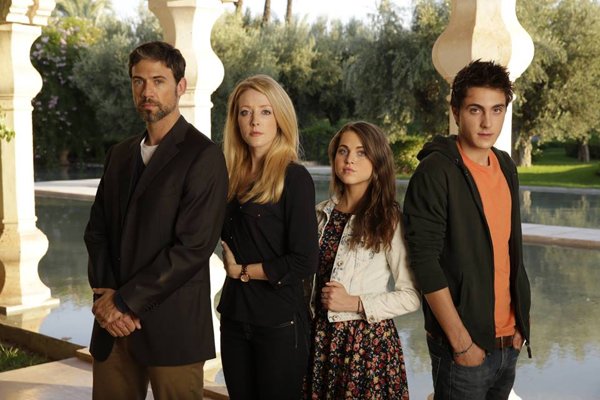