Xbox Music Pass, the service that allows users to pay Microsoft $9.99 a month for access to millions of songs, has had a rough couple of years.

When it was called Zune Music Pass and included tons of options all weaved into a tapestry of community-focused social features, it’s likely that users the world-over would have jumped at the chance to have Xbox Music on iPhone. At least they would have if music services weren’t as ubiquitous as they are today.

Unfortunately, the landscape has changed around Microsoft’s Xbox Music efforts. There are at least a half-dozen different music services available in the United States and Europe. Each of those services provides a unique element and take on music discovery. When it finally revealed Xbox Music on iPhone it looked as if Microsoft’s Xbox Music fortunes were about to change. “Could this app save Xbox Music from the life of solitary loneliness that it’d known while being locked to Windows Phones and Zune hardware,” people asked. 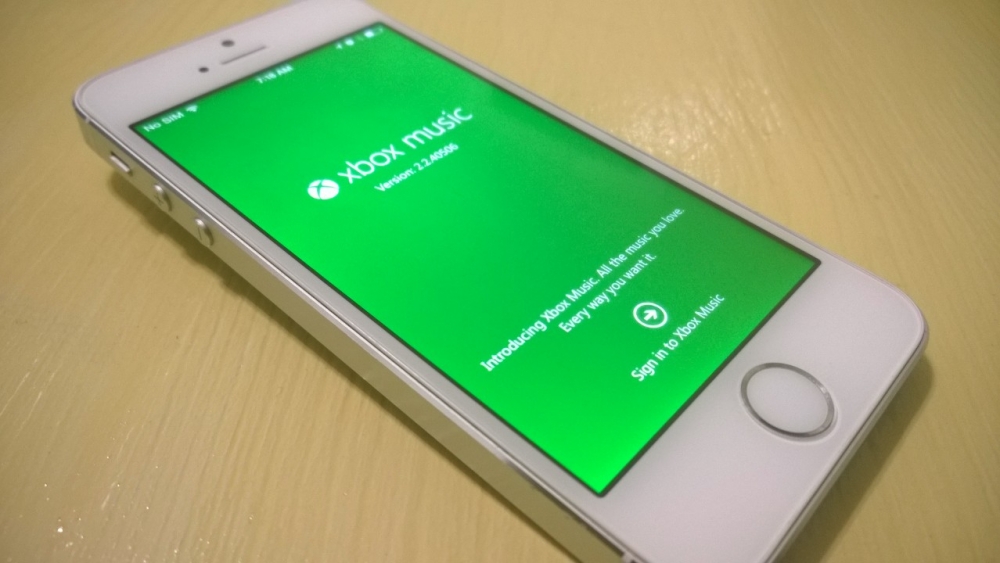 Using Xbox Music on iPhone is about as simple as music services get. iPhone users are greeted by a bright green splash screen that asks them to sign in with their Microsoft Account. Getting setup isn’t exactly easy, but it’s actually Apple who doesn’t want it to be. Microsoft isn’t allowed to sell the required Xbox Music subscription directly to users through their Xbox Music on iPhone.

As such, users have to sign up for an Xbox Music subscription through the company’s Xbox website before they’re even allowed to use the app. That exposes another issue too: Microsoft doesn’t let Xbox Music on iPhone users stream music for free like they do on Windows and the web. That’s a shame and definitely a missed opportunity for Xbox Music. That Microsoft doesn’t surface this functionality here while iTunes Radio and Spotify both offer this is astounding. It makes the app a lot less useful for just about everyone.

[/one_half_last] [divider] As Blank As a Canvas [/divider]

As Blank As a Canvas 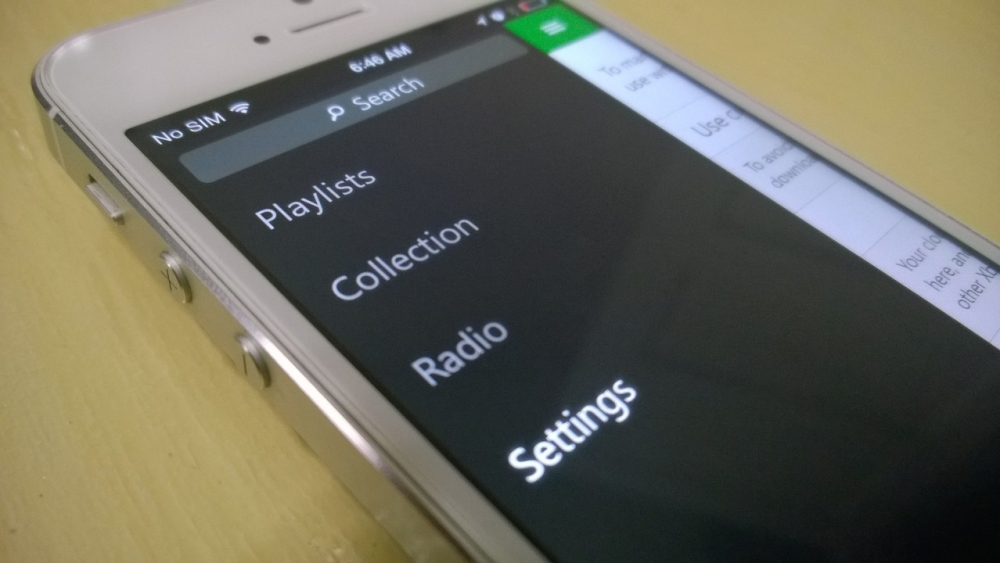 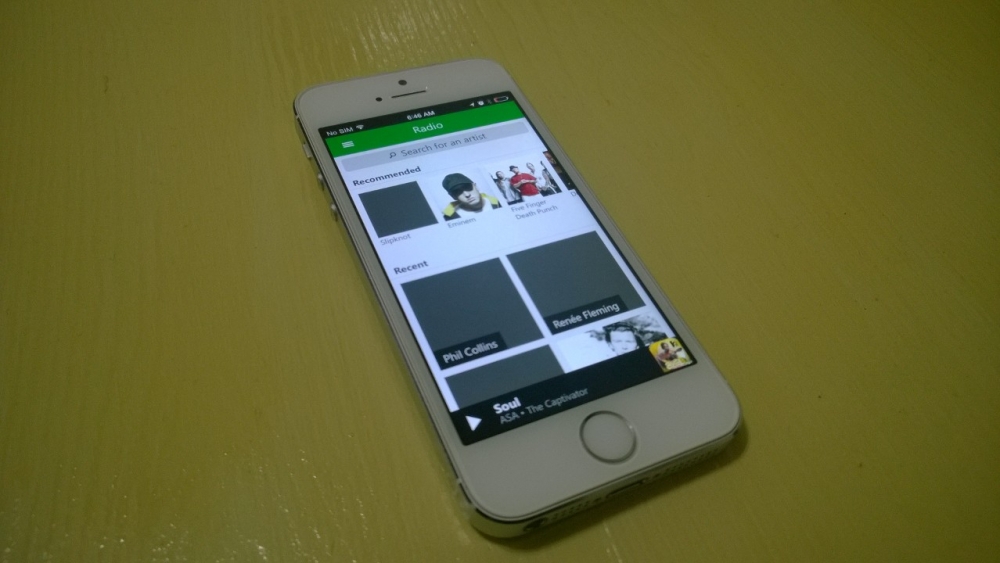 Writers will tell anyone who will listen that the scariest thing in the world is having to stare at a blank page against a deadline. Months of using Xbox Music on iPhone has convinced me that there are things scarier than a blank page: a blank app.

The design of this app is absolutely pedestrian at best. There’s no flair no thing that makes this app more comfortable to use than iTunes Radio or the iPhone’s built in iPod music player. Swiping from the side of the screen brings up a menu that has just four lonely options, Playlists, Collection, Radio and Settings. There is a search bar for quickly finding different artists. Users open their collection to listen to the songs the Xbox Music service has already scanned from their MP3s on other devices or to stream from the service itself. 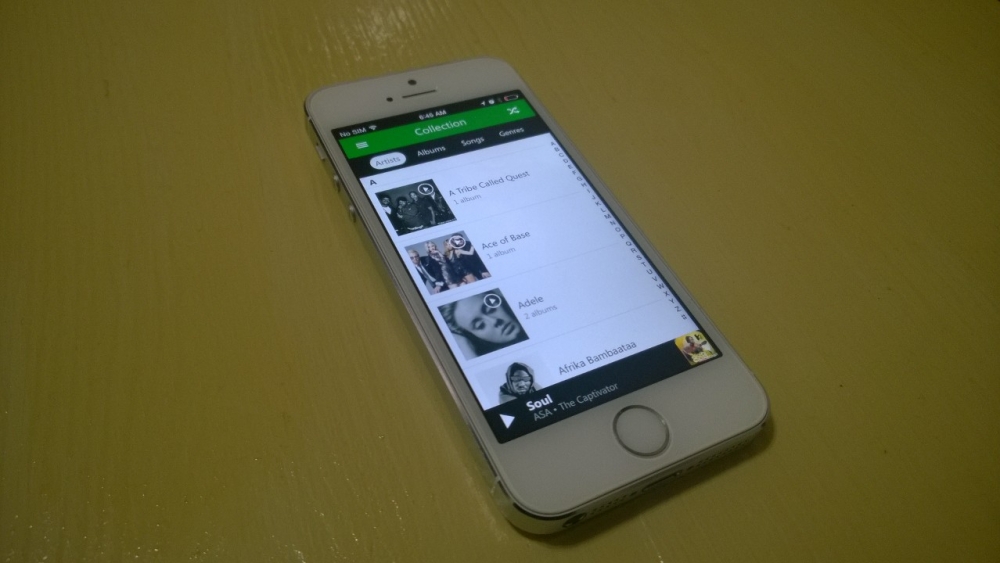 Artist biographies are featured front and center, so too is the button for creating a Radio stations, playlists that the Xbox Music service creates based on particular songs or artists. The basics are all here. Artist bios and that radio streaming are there to match the capabilities of other music services.

Beyond that, things get rather skimpy. The lack of free Xbox Music streaming in Xbox Music on iPhone is just the first of many disappointments. Things that seem like run-of-the-mill features are just missing.

There’s no way to actually browse the Xbox Music service for new songs and albums. Yes, it actually lacks the Explore tab that other versions of Xbox Music have. Users can browse the music the music they’ve already added to their collection and search for specific artists, albums or songs. That’s it, no editorial content, no curated playlists made by music aficionados. Nothing. Xbox Music on iPhone doesn’t even show users what has been recently added for streaming. Even Xbox Music on Windows Phone shows off a few featured artists and popular songs.

Microsoft does at least get credit for pricing the required Music Pass at $9.99. For that price, users get unlimited downloads and unlimited music streaming. The free music video streaming that users get would be considered a big win if it was available in more places than just Microsoft’s Xbox One entertainment consoles too.

Equally questionable is Microsoft’s decision to only enable music downloading on a playlist by playlist basis. For a service whose only really big feature is that it lets users download songs to their device for offline playback, that users can’t flip a switch and download their entire collection is unforgivable. There’s isn’t a single feature here that isn’t available anywhere else, and the app leaves few reasons for users to choose Xbox Music over more widely available and fully featured services on the iPhone.

The lack of features and design flourishes seriously hurt Xbox Music on iPhone.

For the most part, streaming works. Simply tapping on a record cover instantly begins streaming that song or album. The app doesn’t actually open a now playing screen when users start playing a song. Instead, it waits for users to swipe from the bottom of the screen. Since all the playback controls are buried there, it isn’t always obvious how to play the next song.

A lack of gapless playback also makes the Xbox Music on iPhone feel like it’s fresh out of the Stone Age. Xbox Music for iPhone does integrate directly with the iPhone’s locks screen. This means the iPhone users can control audio playback even when they’re phone is locked. Unfortunately, when users take a call they’ll need to unlock their device and dive back into Xbox Music for iPhone to get any music they had playing, going again. It can’t play the MP3s that are stored locally on the iPhone because iPhone apps aren’t allowed to duplicate built-in functionality. 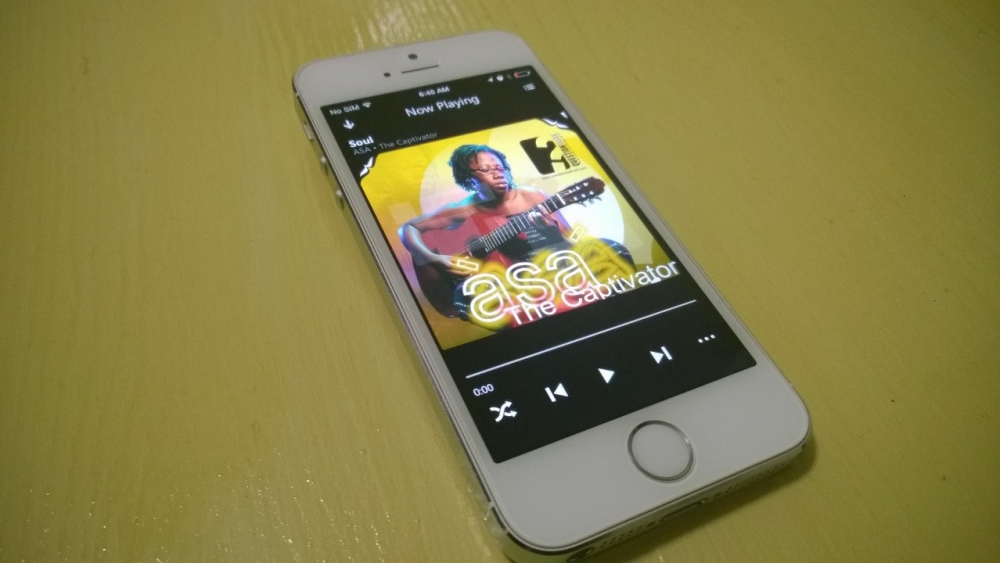 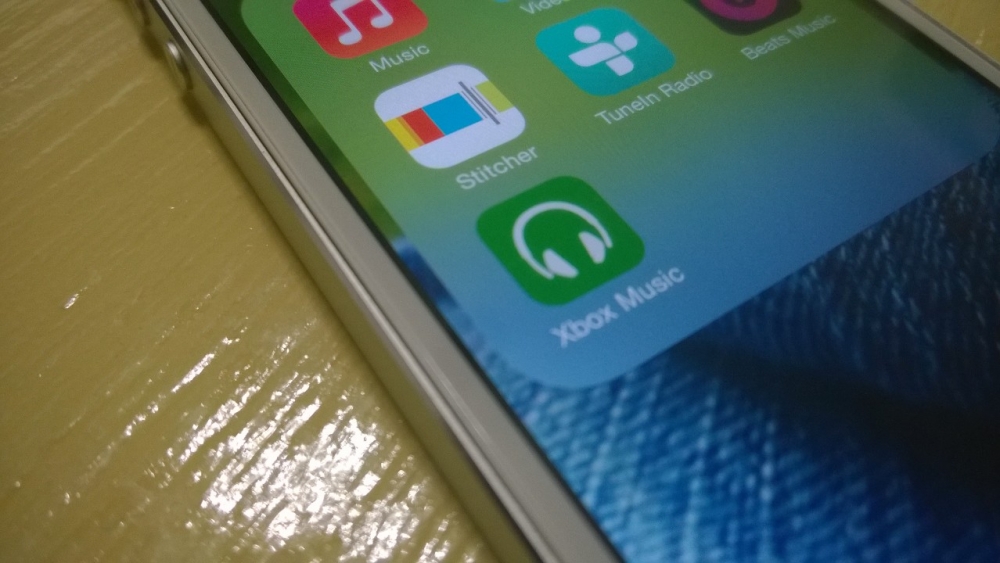 To answer the question posed earlier in this review. Xbox Music on iPhone does absolutely nothing to make the Xbox Music brand a house hold name and get Microsoft taken seriously in the entertainment space. In fact, the lack of features and serious reasons to use Xbox Music on iPhone could probably do more to harm the service’s shaky reputation.

The whole of Xbox Music feels like it exists because the Windows Store and Xbox One both lack the big name music services and that’s about it. Xbox Music on iPhone feels like it exists because someone had to check it off on a list. Beyond basic music playback there’s nothing else available within it to convince absolutely anyone to switch to Xbox Music. That being said, users who have an Xbox One or Xbox 360 might find that this app pushes them into subscribing if they were already considering it.

If that’s the case for you, download Xbox Music on iPhone and use it like there’s no tomorrow. If you’re already addicted to Spotify or any other music service, make like a Conga Line and keep it moving. 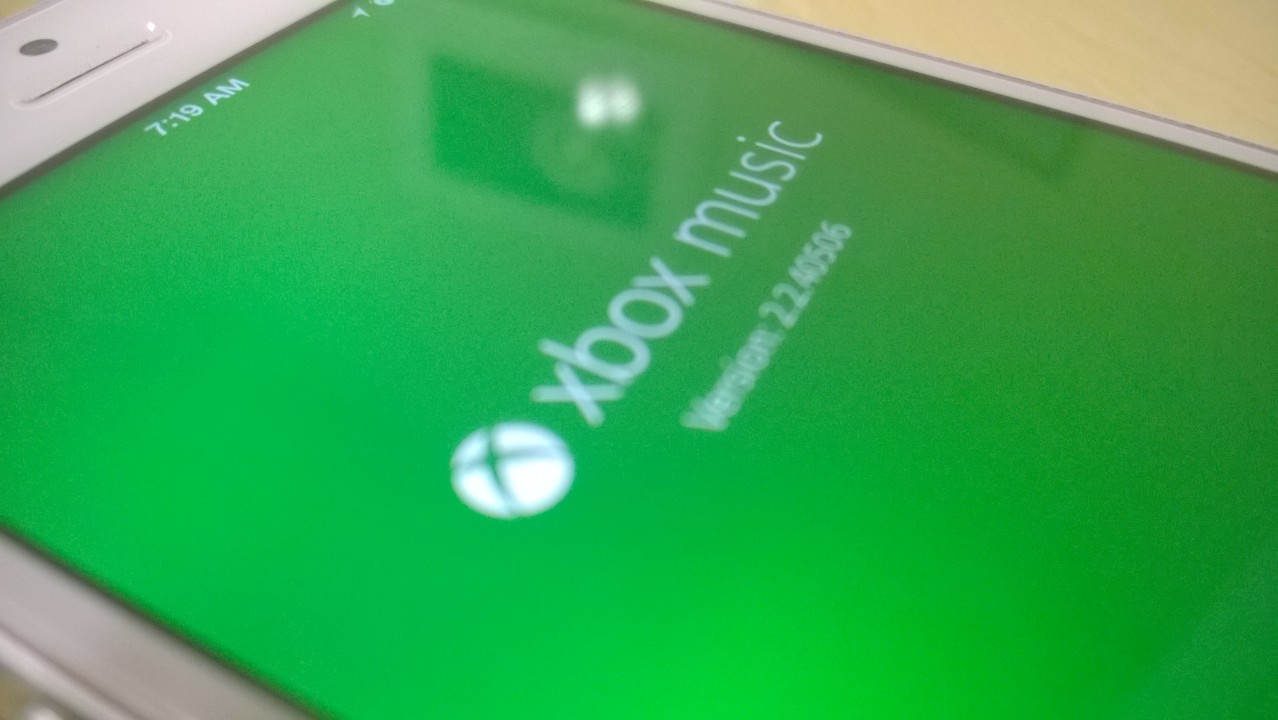 Xbox Music for iPhone is great for the people who already have an Xbox Music Pass because of their Windows laptops, desktops and tablets or Microsoft's Xbox One & Xbox 360 consoles. That's about the extent of its appeal.
Get It Now
Learn more about The en policy on affiliate links.