There are perfect games and perfect ways to buy those games for just about everyone who wants to pick up a controller. You only need to decide what games you want, how you want to save money, and where you want to purchase them from.

The Difference Between Disc & Digital Xbox One Games

Digital and disc Xbox One games are flip sides of the same coin. Buy your games in whatever form benefits you most.

Disc games are easily sharable and cost less over time. Because you have a physical copy of the game, you can hand it off to a friend if they’d like to play it on their Xbox One at home. They fall in price quickly because people like to sell their used disc games to places like Amazon, Best Buy, and Game Stop. Also, physical games are marked down when they’ve sat on a store shelf too long. 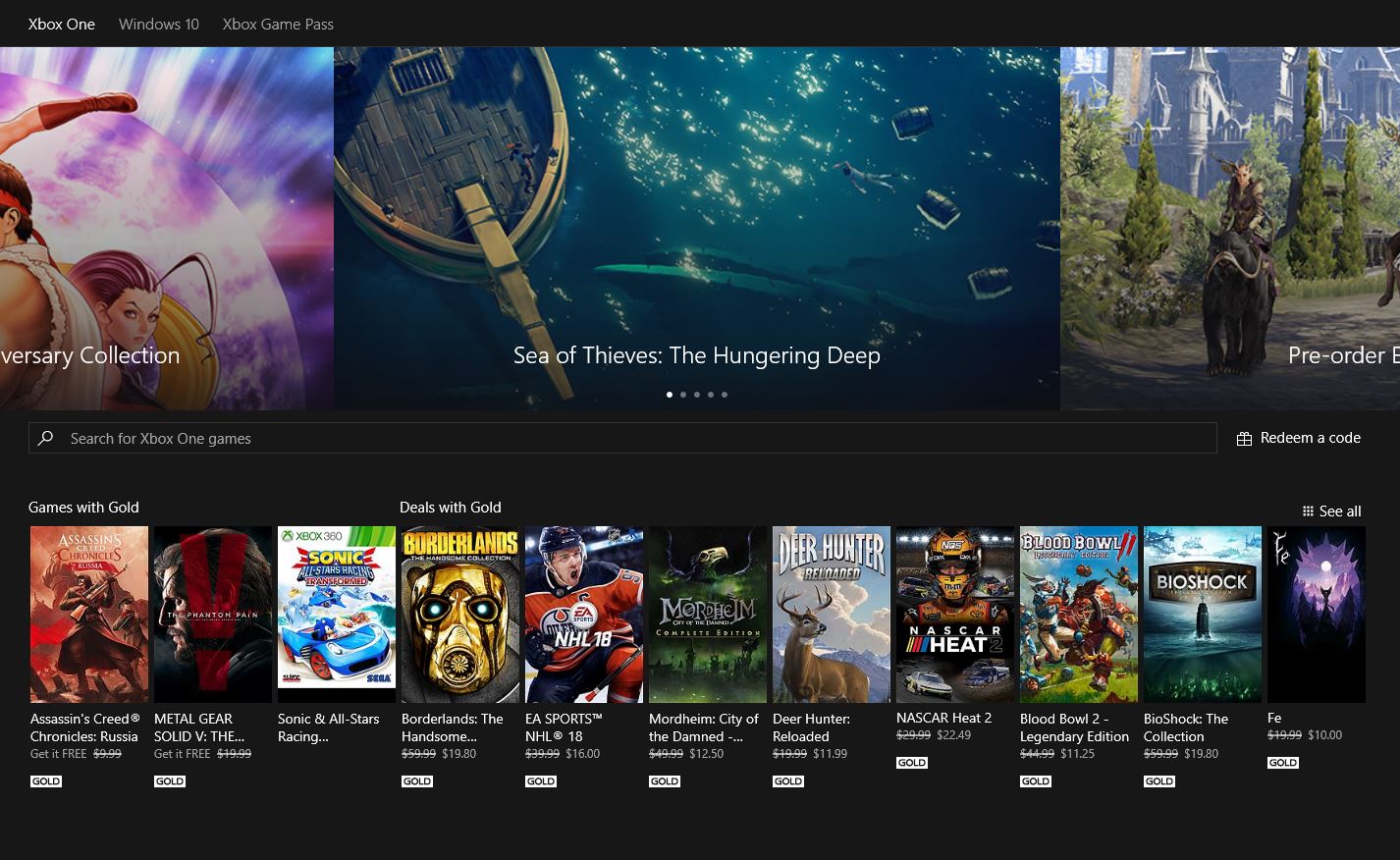 Believe or not, everyone I know has the same gripe with physical games: They force you to get off your couch. The Xbox One installs disc games the moment you insert them, but they must be in your console’s Blu-Ray drive before you can play them. Switch from one game to another requires getting up, taking that disc out and putting in another.

You don’t need to get off the couch if you buy a digital game. Select their tile in the My Games and Apps area to open them instantly. You purchase them from the Microsoft Store on your console, so you skip driving to a store, waiting for someone to unlock a display case, and waiting in line to check out. Because there’s no disc, you don’t need to worry that someone will scratch a digital game either.

Don’t be fooled, though. Digital games have their own drawbacks. First, you can’t sell a digital game to a store to get a discount on another game. Second, digital games are tied to your Microsoft Account. Other people can play them on your Xbox One, but you can’t loan them to friends.

When to Buy Xbox One Games

There are right and wrong times to buy Xbox One games. In my experience, when you should buy a game depends on how much you’re willing to spend on it.

Xbox One games are more expensive early on. They cost full price at launch, though, you can save on a new game by trading old games that you have on disc. An Xbox One game from a big name publisher that’s just launched costs $60. This price is the same at launch, whether you buy it on a disc or through the Microsoft Store as a download. 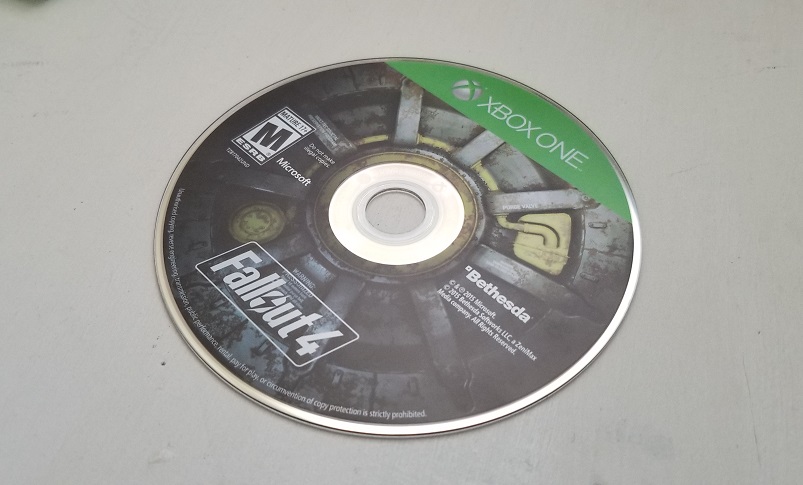 The older a game is, the less it costs. That’s because there are always new titles launching and new things trying to capture everyone’s attention. So, what started out as a $60 game could cost just $45 on disc two months after launch. The cost of a game usually drops after it’s been around for three months. That’s when they start showing up in-store sales and the Deals of the Week promotions that you get as an Xbox Live Gold subscriber.

A Guide to Xbox One Games: Where to Find Games Savings

Where to Find Games Savings

Saving on anything is a thrill, saving on Xbox One games could be a game in itself.

With the right mix of titles and bonuses, it’s easy to wind up with a free game by trading in old games you have on disc. Amazon has an online game trade-in program that grants you a discount before you’ve mailed your game. GameStop offers cash and store credit for trade-ins, though you’ll always get less cash value than store credit. Best Buy and Wal-Mart offer trade-in programs at some of their stores too. Whatever you do, check the value of your games on their websites before you go to their stores.

Xbox Live Gold subscribers get a new set of discounted games every week. Microsoft calls this Deals With Gold, and you can take advantage through the Microsoft Store app on your console. The deals last roughly a week. Any game you purchase is yours to keep forever.

Also, remember that your Xbox Live Gold subscription includes four game downloads a month at no extra cost. Microsoft calls this promotion Games with Gold, and it usually has some decent titles for you to play. These games stop working when your Xbox Live subscription expires.

Now that you know all about how you can buy games and how you can save on them, it’s time to decide on the type of content you want your games to have. I’m talking about ratings.

Like movies, video games have different ratings. These ratings are shortcuts to understanding what’s in that game. That way, you can make an informed decision about what you’re buying. Xbox One game cases have their rating in the bottom, right corner. In the Microsoft Store, this rating is at the bottom of each game’s store page. 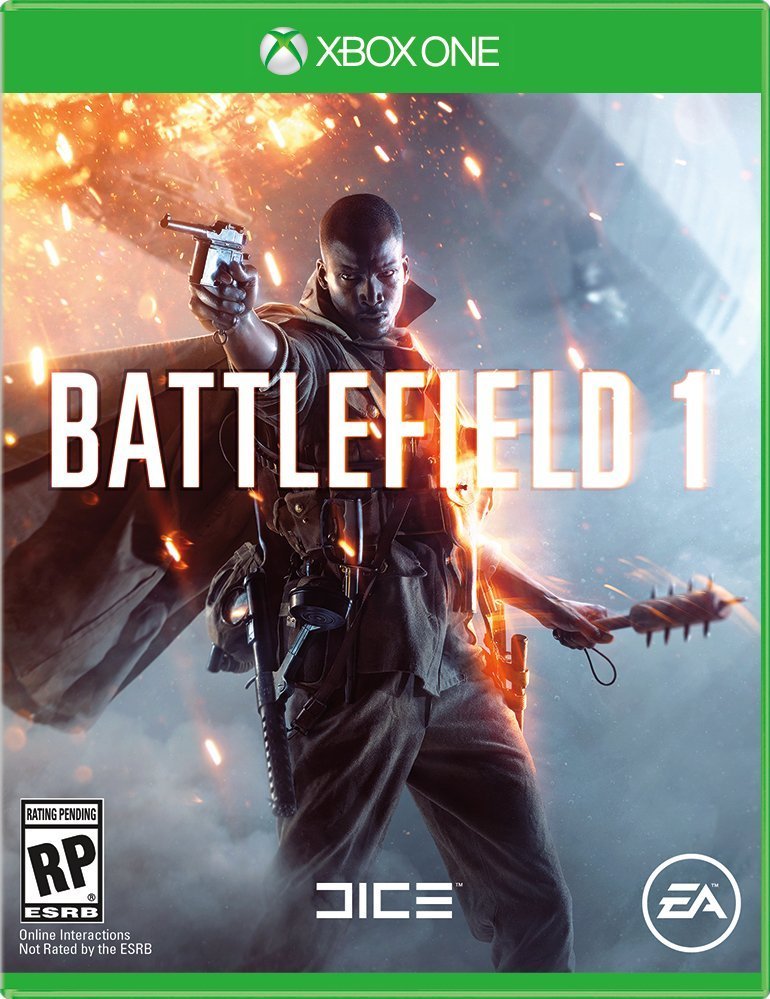 Notice the rating area in the bottom-left corner of Battlefield 1’s case.

EC is for Early Childhood. Games with the EC rating are for virtually anyone but meant for kids developing their motor skills. E for Everyone is broadly acceptable too, though these games may have control schemes too difficult for young children to understand.

E10+ is for Everyone 10 and Up. These games have some mild violence but nothing too bad. T for Teen is where you need to start paying attention to what you’re buying. These games have more mischief and possibly some humor not appropriate for kids. M for Mature and A for Adult are self-explanatory. You need a photo ID to buy Mature and Adult games in the United States.

All ratings are set by the Electronic Safety Ratings Board or ESRB in the US, which has an online database of games for parents to look through too. PEGI does the same job in Europe.