Falling PC prices and a wealth of new content means that building a gaming PC is cheaper than it’s ever been. With that in mind, Microsoft is looking to make its Windows PC gamers Xbox gamers. Xbox Play Anywhere is part of that strategy.

Think of Xbox Play Anywhere as half a promise to do right by gamers and half a common sense approach to PC gaming.

Games are where that promise comes in. If you see the Xbox Play Anywhere logo on a game, you know certain things about it. First, buying a digital copy of the game will unlock two versions of it. One is for Xbox One and the other is for your Windows PC. Any content you purchase — like an expansion — will work on both versions of the game. Finally, you know that if you’re playing on an Xbox One, you can open that same game on your Windows 10 PC and pick up exactly where you left off.

Xbox Play Anywhere is important because it sets up all sorts of cool scenarios. Imagine turning off your Xbox One and picking up exactly where you left off in Halo Wars 2 from a Starbucks on your laptop. Imagine switching to gaming on your PC without worrying about buying the games you love over again. 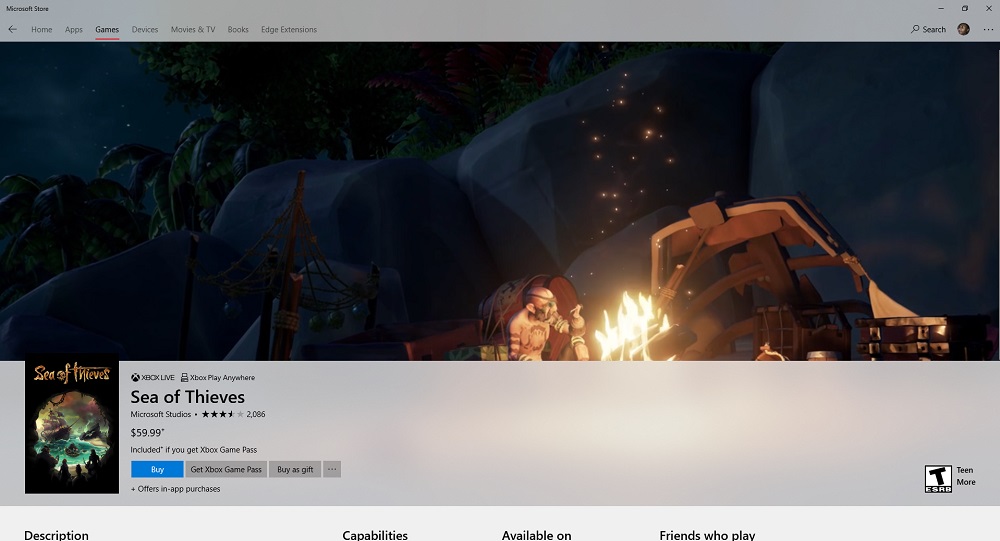 An Xbox Play Anywhere game in the Microsoft Store.

This is a huge improvement for gaming in Microsoft’s ecosystem. Combined with the Xbox on Windows app, Xbox Play Anywhere is the closest Microsoft has come to offering PC gamers something that makes sense. As the saying goes, this saves real people, real money.

The particulars of Xbox Play Anywhere don’t do much to ruin it, which is kind of shocking. If you’re using Xbox Live Home Gold to let people play your games from their account on Xbox One, you can open your PC copy of the game and play with them. There’s no need to buy two copies of a Play Anywhere title. Achievements sync along with your game save, so any progress you make toward completing a game travels with you from PC to Xbox and back.

Those perks aside, there are two gotchas with Xbox Play Anywhere. First, you can’t be signed into a game on your Xbox One and PC at the same time. Second, you don’t get the perks of Xbox Play Anywhere if you buy a physical copy of the game.

The Bridge Between Xbox One and Xbox on Windows

If all these perks sound too good to be true, know that Microsoft gets something out of this too. Xbox Play Anywhere makes it easier for you to stay in the Xbox ecosystem, and that means Microsoft keeps you around instead of losing you to Valve’s Steam service. Also, you’re more likely to invest time and energy in a game you know you can play wherever you want than a game marooned on a single console. 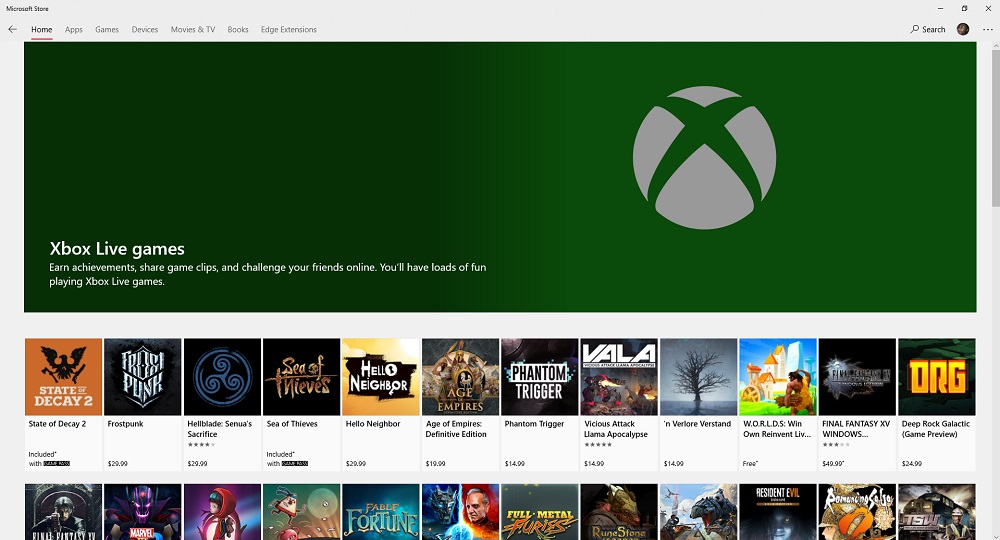 Xbox games in the Microsoft Store.

From a business perspective, Microsoft wins if the program takes off. Sure, they’re giving you a free digital copy of the game, but they’re ensuring you’ll stay connected to Xbox Live, which is what the company really wants.

What’s more, Xbox Play Anywhere is unique to Xbox. Sony can’t offer it because it has no foothold in PC gaming; Its PlayStation Now subscription service only recently arrived on PCs, and it doesn’t include recently released exclusives. Steam can’t offer something like Play Anywhere because it has no credibility in the console market; Steam Machines have failed to attract any sort of attention. 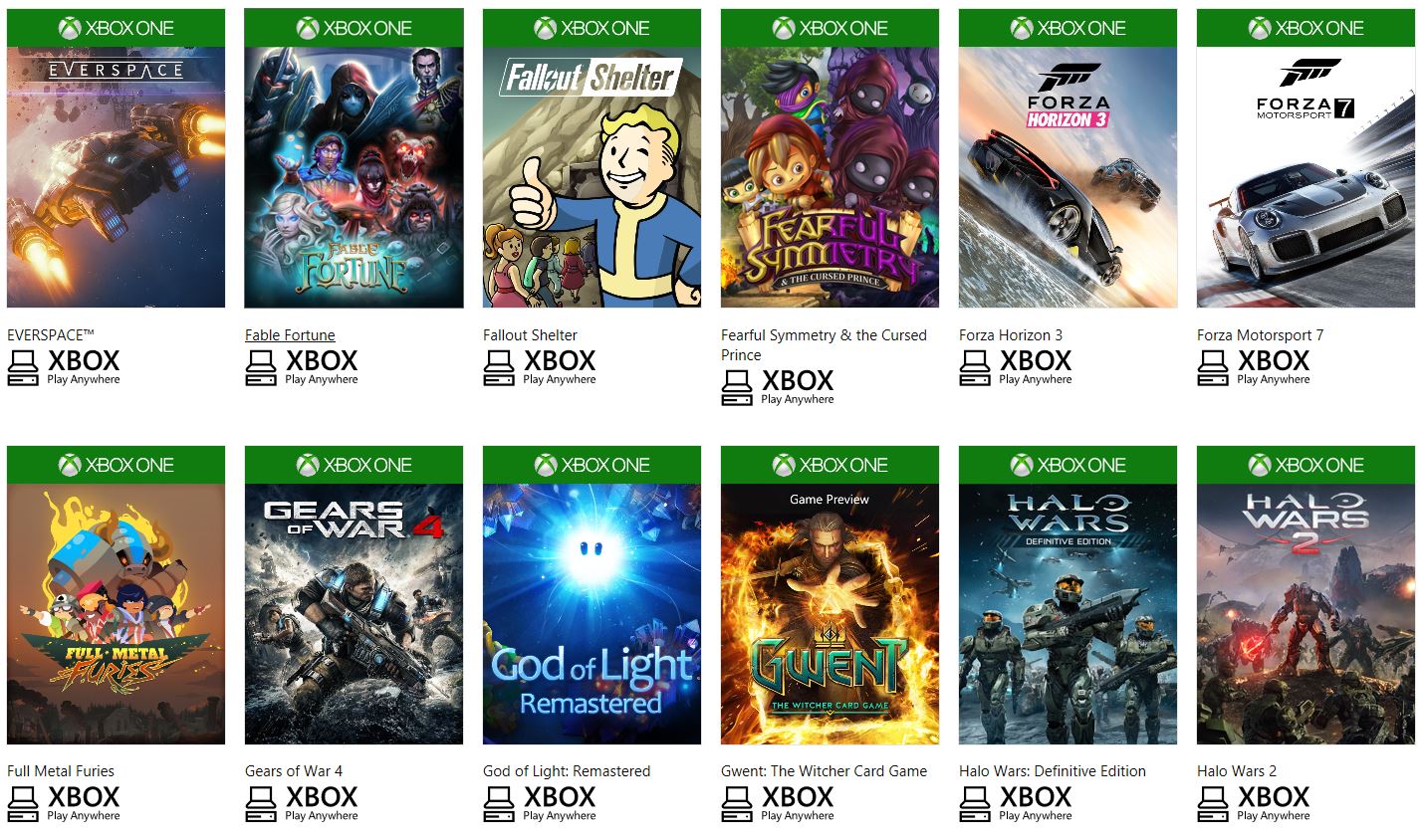 For this program to truly be a runaway success, Microsoft will need more third-party game makers to release Xbox Play Anywhere titles. Right now, it doesn’t have a lot of those in the Microsoft Store. Xbox.com keeps a database of games that qualify for the program. Be sure to check that database for new games often.

While you’re checking out Xbox Play Anywhere, also look into Xbox Game Pass because the two programs can save you money.

Xbox Game Pass is Microsoft’s subscription video game service. You pay $9.99 a month to get access to every new Xbox exclusive game the day that it launches. That’s in addition to its library of older games and discounts.

If you’re really interested in Play Anywhere, you want Game Pass because of that launch day perk. Since all of Microsoft’s exclusives have been Play Anywhere titles, you can use Game Pass as a way to get access to these games on your PC, even though Microsoft doesn’t market Xbox Game Pass as a service with perks for Windows users.