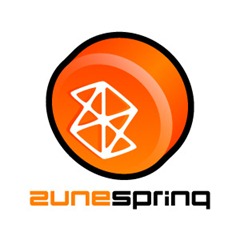 Warning this is not proofread! I first got the idea for ZuneSpring four years ago this past Tuesday. I had only recently ended my run as head of a Harry Potter website, (give me a break. I was 17.) And wasn’t anxious to get back into the business. I remembered hearing about a music player from Microsoft that past July, and was interested in how a subscription service would change the way I listen to my music. Would I become more of a music snob, and look down on everyone else for liking today’s pop? Would I start hoarding ridiculous amounts of music on my computer, needing to add an extra hard drive? As it turns out both of those things happened for a time. At the time I, like so many of my generation had discovered the wonders of The Pirate Bay and what happens when you have access to unlimited content. I’d felt horrible about piracy, and once remarked to someone that if the music labels let me listen to their content more easily and at a price we kids could afford, then I would do so. I did fulfill that promise and I’ve never looked back. It was at that point that I begin to visit places like Zunerama, and ZuneScene looking for a sort of iLounge for Zune users, a place where community and editorial content could be found easily in one place. Zune sites had elements of both. Zunerama’s excellent community became sort of my adopted family those first six months. I watched Harvey Chute as hey reviewed products with wit and good old pacific northwestern truth to power. The entire time however I already owned the ZuneSpring domain, and planned to create my own haven. I had great visions of it being a success over night, but that didn’t happen.

Instead I begin laying the groundwork for what would become one of my greatest online achievements. I took the lessons I’d learned from all me previous work and applied them aptly to building this place. I started with the brand and logo crafting it from spare parts I had left on my pc. I wrote the first version of ZuneSpring’s editorial content on sheets of notebook paper. Within two weeks of Zune’s launch, ZuneSpring was ready.

This isn’t the same ZuneSpring

In much the same way volcanism produces new surfaces and destroys old ones, ZuneSpring has worked the same way. Here’s a few funny tidbits of info:

I started by creating a content management system of my own design, with plugins dedicated to each essential function of basic site operation. Imagine maintaining code and SQL databases for Topsites, Galleries, News, Polls, and Search. Yeah, let’s be clear, it was the worst idea I had at the time.

Originally there was an area of ZuneSpring called “TheSpot” a place where folks could hang out, stream music from various sites via plugins, and read up on Zune news.

We’ve blown away and rebuilt the forums from scratch at least three times. Yes, Three. I’ve never found a forum script I actually like.

We’ve been through for versions of ZuneSpring. 1.0 was based on a simply template I already owned. It was predominately gray. ZuneSpring 2.0 took on Zune’s iconic brown and used it everywhere. During this version we introduced most of the columns you see today including, BandTogether, and ZuneSpring Editorials. Version 3 was our first layout using light colors, and our first top to bottom redesign. Contrary to my own beliefs, this version never had brown in it. Instead it focused on blue and white. Version 5 marked another top to bottom transition of the site, and the first time we began updating all areas of the site to have nearly the same UI. This was the holy grail of being a webmaster to me. It’s at this version that nearly all subsystems of ZuneSpring went final. In fact as my last act with the title webmaster I, and the ZuneSpring underground, began work on a Version 6, a WordPress implementation of Version 5. It went online a month later. To signal the transition I changed my title from webmaster to Editor. Since then we’ve been more content focused.

I won’t rehash the entire history of ZS here’ but I figured why not tell you some of our story? Why not fill you guys in on what it took for us to get here?

BackStage: ESPN & The Rest of the 2010 XBOX Update