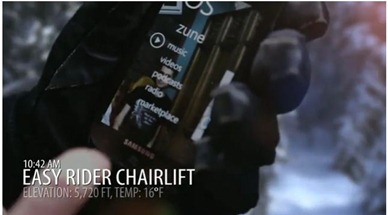 While covering Zune over the last few years has had it’s ups it’s certainly had its downs as well. One of the biggest disappointments has to be Microsoft’s reluctance to push it’s complete entertainment package in any meaningful way. Sure the enthusiasts know al about it’s “Three Screens and a Cloud” strategy but what about sharing that message with average folks? Here’s a few videos from Microsoft’s YouTube account putting their entertainment stuff front and center.

Second, is “The Making of a Flash Mob”, a demonstration of Microsoft’s PC oriented products to plan, choreograph, and record performers as random people on the street watch them dance. (Nope, we’ve never seen one of these things either).

While both left us feeling like we’d finally arrived at the point where all of Microsoft’s technologies fit together in interesting ways it slightly rubs us the wrong way for two reasons. One, being a Zune user and not seeing a Zune HD and a boom box providing the music for the flash mob outdoors kinda smacks of strange. Two, these shorts will almost certainly never be showed anywhere else except for internal company meetings and YouTube.