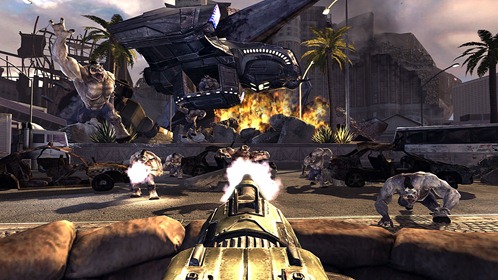 With E3 over, it’s time to get back to racking up those achievement points in the new releases we’re all going to love. This week’s releases include the forever delayed “Duke Nukem: Forever”, and “Child of Eden”.

Duke Nukem Forever has Duke return after a lengthy hiatus where he must once again save the world from the Aliens.
Genre: First-Person Shooters

Child of Eden is a shooter from Ubisoft, where the player’s mission is to save Eden from a virus in order to restore hope and peace.
Genre: Other Shooters

Transformers: Dark of the Moon thrusts players into an original storyline that takes place before the events of the film.
Genre: Action

Wipeout in the Zone is a game for the Kinect based on the ABC television show.
Genre: Party Games

In Old World Blues, to be released in June, you will discover how some of the Mojave’s mutated monsters came to be when you unwittingly become a lab rat in a science experiment gone awry.
Genre: Role-Playing

Introducing Kinect Fun Labs; A Test Bed for New Ways to Use Kinect