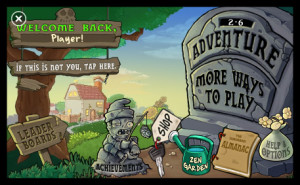 Okay, so this review is a little late, occurring on the eve of the next “must have” release, but since I had no prior experience with Plants vs. Zombies, I needed a little extra time to wrap my head around it. This is a supremely bizarre game, but it is kind of fun.

This is basically another tower defense game, but it takes on a bit of a classic 8-bit Nintendo feel to it. As far as I can tell, the object of the game is to plant malicious vegetation in your yard that will fend off waves of zombies.

I can’t tell you what to do, but I’m fairly certain I’ll be passing this one up. It just doesn’t grab and hold my attention the way I might want it to. Personally, I’d rather play Bejeweled or geoDefense. Plus, I have to save my money so I can buy Angry Birds tomorrow. 🙂 All that said, you should definitely play the trial version of the game to see if this game appeals to you. 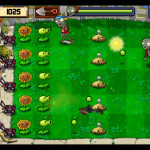 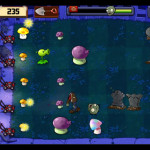 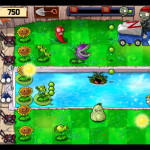 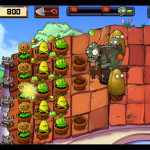 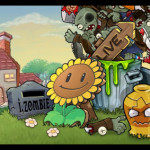