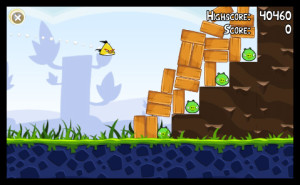 Okay, fair enough, I owe you guys a review of Angry Birds for Windows Phone 7. The game was released almost a month ago at this point, and I’ve been slacking on posting the review. I’ve been spending so much time playing Angry Birds on my phone (and another game that I’ll be reviewing shortly) that I just haven’t gotten around to posting a review.

Honestly, I’m not sure if I even need to post a review of the game or not. If you haven’t bought Angry Birds for your phone, yet, why not? This game is highly addictive and an extreme amount of fun.

The objective of the game is to make all of the pigs on each level explode by firing birds at them with a slingshot. Each level is built differently, with some allowing you to shoot the birds almost straight at the pigs, and others requiring you to knock various obstacles (blocks, pieces of glass, rocks, etc.) into the pigs to blow them up. Some levels even include boxes of dynamite.

Throughout the game, you get to use a total of at least 5 different types of birds (that’s all I’ve seen so far, but there may be more as you get even further into the game). The first bird you get to use a round, red bird. It doesn’t really have any special powers, except that it tends to bounce off of objects better than the others.

The next bird is a yellow, triangular-shaped bird. This bird is able to blast through multiple layers of wooden blocks at once. In addition, if you tap the screen while the yellow bird is in the air, its speed more than doubles; shooting it straight at whatever is in its way.

After that, you get to try out a tiny little blue bird. The blue bird is able to smash its way through glass obstacles very efficiently. It’s best attribute, though, is the fact that it can split into three separate birds while in mid-air.

Next, you get to shoot a large, oval, white bird out of your slingshots. This bird is able to lay explosive eggs while in the air. When it lays the egg, the bird rockets upward into the sky (which means that on some levels – if you time things just right – it can do double-damage).

Finally, you get the large, round, black bird. This bird is a bomb. When it hits an obstacle, it starts glowing red and explodes, blasting things all around it. This bird is extremely efficient at blasting through at least one layer of stone when it lands. If you don’t want to wait for it to land, you can make him explode in mid-air by touching the screen.

There are also a handful of different pigs that you’ll see throughout the game. So far, I have seen three different sizes of pig. I have also seen the larger pigs wearing mustaches and crowns (not at the same time), and I’ve seen the medium-sized pigs wearing army helmets.

Obviously the size of the pig effects how easy it is to destroy it, and the army helmet makes it extremely difficult to finish off those particular pigs.

If you like video games, especially puzzle and/or action games, then you should definitely buy Angry Birds. The trial version is a great introduction to the game, so you might want to try it out first; but I suspect you’ll buy the full version after you get through the trial levels. 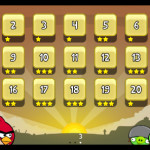 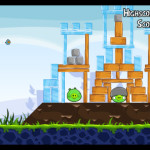 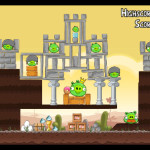 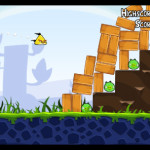 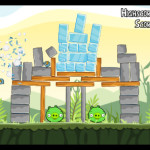 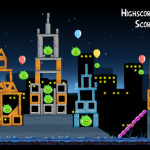 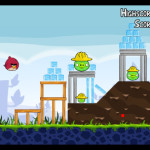 Everything you’ve Always Wanted to Know About Application Compatibility