A few moments ago, I popped into the Windows Phone Store on my HTC 8X and noticed that the full Nokia Drive app is now available for non-Nokia phones. The app is currently one of the featured apps in the Windows Phone Store, but if you don’t see it, you can try searching for “Nokia Drive+ Beta” in the store. For the time being, at least, you can download and install the app for free.

According to Mary Jo Foley over on ZDNet, the app was actually released early last week. Apparently, it is only available to users in the US, UK or Canada.

The new app supports turn-by-turn navigation and is available to interact with location searches on your phone; two features that were noticeably missing from the bundled Maps app. It also includes the ability to switch between portrait and landscape modes. Also, once you set your destination, you have the option to enable or disable the following route items:

You can also specify whether you’d like the fastest route, the shortest route or the most economical route. Finally, you can even set the app to sound an alarm if you exceed the speed limit by too much. You can specify how much over the speed limit should set off the alarm, anywhere from 0 mph over to 18 mph over. The speed alarm is split into two separate settings, allowing you to set one alarm for areas with speed limits under 50 mph and a separate alarm for areas with speed limits over 50 mph.

Visually, the new app resembles the traditional GPS appearance much more than Google Maps, Bing Maps or Apple Maps by default. The app does allow you to switch between 3D (the default appearance) and 2D (a flatter looking map that more closely resembles the look of most other mapping apps).

Be sure to grab this app while it’s still free. If we’re lucky, we’ll be able to switch over to the final version for free (keep in mind that this is considered a “beta”) once it’s released.

All in all, this app looks like a full-featured GPS. The only thing I really see missing from the new Nokia Drive+ Beta is the ability to monitor traffic. Hopefully that will be coming in a future version. 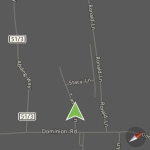 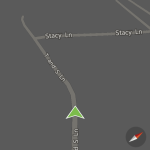 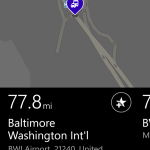 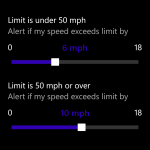 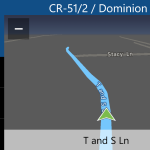