The Division 2 pre-orders are available now. That’s the good news. The bad news is that if you plan on buying the game at launch, you’ll need a spreadsheet to narrow down your choices.

No, I’m not overselling the complexity of The Division 2 pre-orders by much. I’ve covered games for years and even I’m surprised at how complicated they are. Prices range from $59.99 to $249.99, and the only way to get some collectibles is to purchase that more expensive version. In addition to physical copies of the game, there are other versions that are only available as a digital download. If you don’t buy the game early, you don’t get access to The Division 2 private beta that’s set for February 7th. See, I’m not making this up. 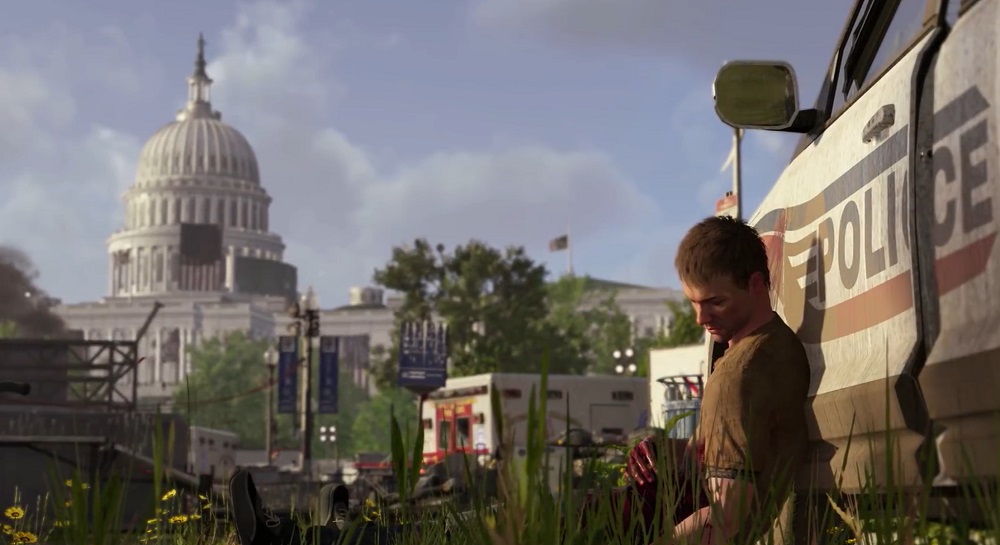 Here’s what you need to know about The Division 2 pre-orders and the different editions of the game before its launch on March 15th. Steady yourselves and your wallet.

The least expensive version of The Division 2 you can buy is the standard edition. For $59.99 you get just a copy of the game, access to the private beta and the Capitol Defender Pack that all editions come with.

The Division 2 Gold Edition is where things start to get interesting. Expect a copy of the game, private beta access, the Capitol Defender Pack and a Year 1 Pass that unlocks 365 days of downloadable content. You can download all the content included in the Year 1 Pass a week before everyone else can who attempts to purchase it outright. 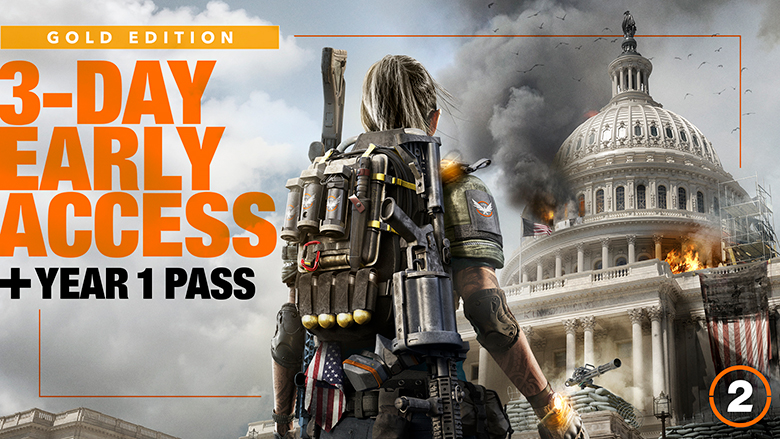 For the extra cash, Ubisoft is also willing to let you play The Division 2 three days before people who purchase a standard copy of the game.

If you want Gold Edition but prefer physical games that you can trade-in for cash and store credit, The Division 2 Steelbook Gold Edition is for you.

For $109.99 you get the game, the Year One Pass and early access. All this comes wrapped in a Steelbook case.

And Ultimate Edition is where The Division 2 pre-orders go off the rails. You knew this moment was coming, and so did your monthly gaming allowance.

This digital edition only version of the game costs a whopping $129.99. It includes the game, the Year One Pass, early access Year One episodes, and three add-on packs of gear and weapons that buyers of cheaper versions don’t get.

You can buy The Division 2 Ultimate Edition from the PlayStation Store, GameStop, Microsoft Store or Amazon.

Expect to pay $129.99 for all the things that are in the Ultimate Edition with a physical copy of the game.

Steelbook Ultimate Edition comes with a physical copy of the game and digital codes for the Year One Pass and three character packs in a special case.

This package includes a physical copy of the game in a Gold Edition Steelbook Case, a Year One Pass, a CD with tracks from the game’s soundtrack, an art book, a map, the three add-on packs from Ultimate Edition, early access to the game and a statue to put on your self.

The Division 2 Dark Zone Definitive Collector’s Edition costs $189.99. You can only order this package from Ubisoft’s online store. 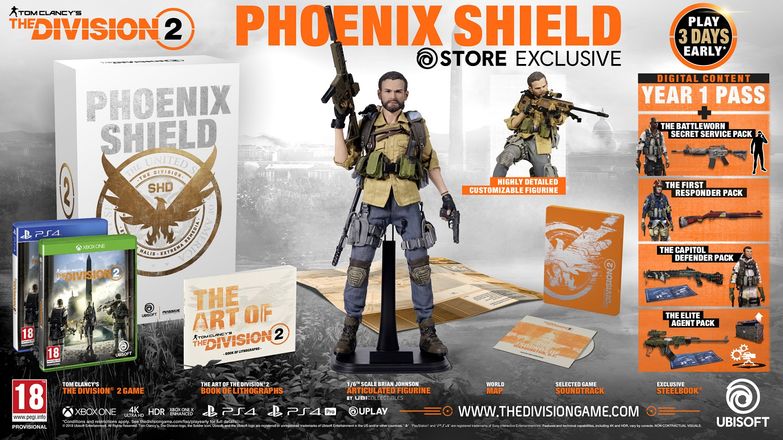 Phoenix Shield Collector’s Edition gets you a physical copy of the Xbox One or PlayStation version of the game in a special case, an art book, the Year One Pass, early access, the three digital add-on packs, a map, the game’s soundtrack and what Ubisoft is calling, “a highly detailed customizable figurine.”

The only place to buy The Division 2 Phoenix Shield Collector’s Edition is Ubisoft’s store. It costs $249.99.

Every online game needs a beta test, and pre-ordering is the only way to get into The Division 2 private beta that starts on February 7th and ends on February 10th.

If you simply must get your hands on The Division 2 as soon as possible, buying the game early may be worth it. Remember, pre-ordering doesn’t mean you pay immediately. If you try the game during the private beta and don’t like it, GameStop, Best Buy and Amazon will let you cancel your physical pre-order before launch.

Everyone that places a The Division 2 pre-order gets the aptly titled Capitol Defender Pack. This set of character customization items includes a shotgun and the Hazmat 2.0 outfit.

Unlike the Private Beta, I wouldn’t exactly rush out to buy a copy of the game early just to get the Capitol Defender Packs.

Looking for a patch for your clothes or backpack? Place a The Division 2 pre-order at Best Buy and you’ll get one with the stylized 2 from the game’s logo. I’m not sure you’ll look like a complete SHD agent, but it’s not bad looking at all.

GameStop will give you a limited edition hat with your Gold or Ultimate Edition pre-order.

Gaming is an expensive hobby, so no one will judge you for trying to hunt down some The Division 2 deals. Unfortunately, there aren’t a ton of them around.

Best Buy will give you a $10 reward code when you pre-order a copy of the game at its stores or on its website. You can apply that code toward another game or anything that Best Buy sells. Of course, you can’t apply it toward The Division 2 itself.

Have a GameStop PowerUp Rewards membership? Use it to get $10 worth of credit when you buy your The Division 2 pre-order at GameStop.

And there you have it, you’re now briefed in the intricacies of The Division 2 pre-orders. As I said in the last edition of Stacks on Stacks, this is absolutely a game I plan to purchase. I’ll see you guys in D.C.