The landscape of pre-paid mobile has changed significantly over the last year and as a prepaid smartphone user I’ve had to change with it. Now I’ve returned from my real-world education to pass on what I’ve learned.

Verizon and Sprint are taking pre-paid more seriously, T-Mobile has branded themselves as the “uncarrier”, and AT&T has launched a new low-cost pre-paid brand in certain markets. We’ve also seen more awareness of pre-paid carriers, by way of TV commercials, print ads, and web ads.

“I’ve returned from my real-world education to pass on what I’ve learned.”

One surprising move, has been Sprint allowing people to take Sprint devices to their Virgin Mobile and Boost Mobile brands. Users couldn’t do this before. Verizon finally released a decent pre-paid option for their users, as well. T-Mobile simplified their post-paid plans and moved away from a subsidy model for their handsets. Users can now “finance” a new device by paying an extra fee, every month, over the life of their contract. AT&T has probably been the busiest of all of them, as they have the largest network, and the largest number of pre-paid carriers that use it. AT&T has realized that pre-paid carriers are a threat to them, and have responded by limiting the amount of data that pre-paid carriers can sell. For instance, Straight Talk used to sell “unlimited” data with both AT&T compatible SIM cards, and T-Mobile compatible SIM cards.

Back in January of this year (2013), Straight Talk quietly announced that they were no longer selling AT&T compatible SIM cards, and they “did not know” when they would sell them again. Net10, which is a sister company of Straight Talk, announced that their AT&T compatible SIMs would be restricted to 1.5GB of data per month, after previously selling “unlimited” data. Red Pocket Mobile wound up discontinuing their Unlimited Voice/Messaging/2GB “Max” plan, and replaced it with a 1GB plan instead. At the same time, AT&T launched a new pre-paid service that sold unlimited voice/messaging and 2GB of data, for $60/mo. 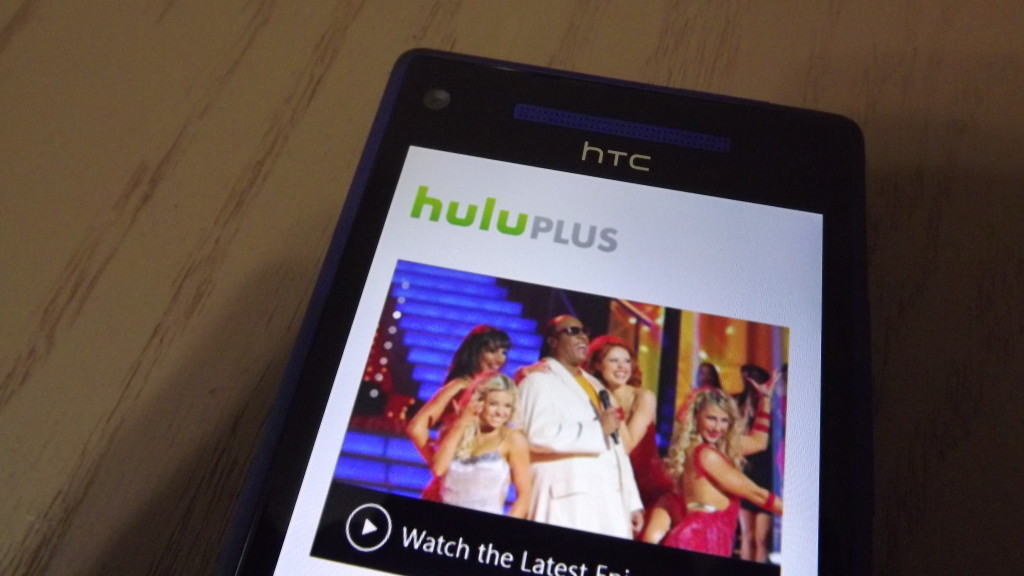 Using Hulu Plus on any of the nation’s prepaid carriers will most like get users into trouble.

Over the last year, I have had the opportunity to use several of these pre-paid carriers. I have stayed with GSM based options, as I find that those devices remain the most flexible (unlocked GSM devices can be used on both T-Mobile and AT&T networks). At first, I used Red Pocket Mobile, until they discontinued their $59.99 “Max” plan, that was 6 months after I signed up. After that, I moved over to Straight Talk and their $45/mo “unlimited” plan. I quickly found out that it was not a truly unlimited plan at all. My time on Straight Talk was spent with a lot of frustration, due to the fact that they will throttle your connection if you use more than 100MB of data per day. I spent about 3 months on Straight Talk before I moved on to T-Mobile pre-paid. With T-Mobile I became frustrated with the lack of coverage in the Nashville area. As some of you know, T-Mobile has been busy moving their 3G spectrum from the 1700Mhz band, to the 1900Mhz band. They did this to lure iPhone owners away from AT&T. They were successful, to some degree, but now they also sell the iPhone, so I’m sure THAT had more to do with it, than anything else.

After my brief return to T-Mobile, I moved over to Straight Talk’s sister company, Net10. These two companies are both owned by America Movil, which is a Mexico based telecom company. Moving over to Net10 was an absolute nightmare. When I signed up for service, I couldn’t transfer my number over, because the website wouldn’t work. I wound up getting a temporary number from Net10, while I waited for them to port my number over. Once they had my number, they would send me a new SIM card. It took them over 10 days to finally complete the transfer and send me a new SIM card. When the SIM card arrived, it was the wrong type of card. Luckily, I had bought a spare SIM, that we were able to activate instead.

The service was mostly the same as Straight Talk, with the exception of throttling. I have yet to experience throttling of any kind, although I only get 1.5GB of data transfer each month. The monthly rate is $50/mo (it is reduced to $45/mo if you choose auto-refill). This is the best option if you have a smartphone, an aren’t a heavy data user.

Here is a comparison of the plans I had, while on these carriers:

Red Pocket Mobile: “MAX” plan w/unlimited voice/mms/sms and 2GB of data for $59.99/mo. (You only pay sales tax, with this carrier, if you live in California). This plan was discontinued last year, but was just recently brought back and is available again.

Straight Talk: “Unlimited” plan w/unlimited voice/mms/sms/data (throttled after 100MB/day or 2GB total) for $45/mo. Straight Talk now only sells T-Mobile compatible SIM cards for this plan, if you bring your own device.

T-Mobile: “Monthly 4G” plan w/100 minutes/unlimited MMS/SMS and 5GB of data for $30/mo. This is a plan for new subscribers. You can buy an Activation Kit, directly from T-Mobile, for 99 cents, w/free shipping. This is a great deal if you have good T-Mobile coverage, and don’t use a lot of minutes.

[divider] Where We Stand [/divider]

For the pre-paid services with Red Pocket Mobile, Net10, and Straight Talk, the service was basically the same. They all use AT&T’s 3G HSPA+ network, and they all require you to enter specific APN settings for Data and MMS. The coverage was always the same no matter which one I used. The only difference was when Straight Talk would throttle my data speeds to near unusable limits. Red Pocket Mobile did not throttle. Once you used your data allotment, your data simply did not work until the next month. So far, with Net10, I have not experienced any kind of data throttling or slow down.

My experience with T-Mobile was disappointing. Their coverage of my area of Nashville is pretty weak. I would drop calls in places where I shouldn’t. Data speeds were terrific, when I had decent coverage. Due to this, I decided that T-Mobile simply wasn’t a real choice for me, but your mileage may vary.

Due to my horrific move over to Net10, I am still trying to decide if I want to stick with them or not. I want to move back to Red Pocket Mobile, as they were a better experience, but are more expensive than Net10. I’m pretty sure that if Red Pocket brings their “Max” plan down to a comparable price point, I’ll be jumping back to them…if AT&T doesn’t run them all out of business first.

The one to watch, is AT&T. They know that pre-paid service is a threat to them. I look for them to continue revamping their “GoPhone” brand and either bringing the price down to comparable monthly costs to the MVNO carriers, or even beating them at it. With AT&T moving to LTE, this frees up a lot of room on the HSPA+ band, which isn’t really terrible. I get 6 Mbps down via Speedtest.net’s Windows Phone 8 app, but I digress.

I look to see AT&T take pre-paid service more seriously, and try to give the MVNOs a run for their money. At best, it will bring prices down for all of us. At worst, AT&T will run them out of business faster than a new Super Walmart coming in to town.

Despite the negative experience that I’ve had with Net10, I have to say that pre-paid providers are still a much better value than traditional post-paid service with a major carrier, especially AT&T.

Providers like Red Pocket Mobile, Consumer Cellular, and Net10, all use AT&Ts network, but they don’t charge ridiculous fees (see AT&Ts newest one HERE), and in some cases (see Red Pocket Mobile) don’t even charge sales tax. You really have nothing to lose by going pre-paid. Your AT&T phone will still work with these providers (my sim-locked Lumia 900/920 worked just fine on Red Pocket, Straight Talk, and Net10), you will get the same service coverage that you are used to, and your wallet will feel better.

If you have a phone by another provider like T-Mobile, Sprint, or Verizon, you will need to make sure your device is compatible with the particular pre-paid service. No matter who your carrier is, they now have a pre-paid option for you to choose from. Seriously consider this option, when your contract is up. Don’t be held hostage for another 2 years, GO PRE-PAID! Your wallet will thank you.