I’m inclined to believe that the only thing more daunting than finishing a massive role-playing game like Dragon Age: Inquisition is creating one. I’m not a video game developer per se, but what understanding I have of the process forces me to conclude that any role-playing game involves balancing competing priorities.

On one hand Dragon Age: Inquisition needs to be approachable. People need to be able to pick up the game and have fun with it, whether or not they’ve played any of the previous games before. At the same time, it’s important that you have a cohesive story and universe to immerse players in. A role-playing game without an immersive universe isn’t going to convince anyone that the 100 or so hours they are spending is actually worth it. There needs to be depth to the combat, but that depth can’t make it ridiculously hard to understand what’s going on. You need both character customization and a strong hero that people can identify with.

To judge Dragon Age: Inquisition is to evaluate how effectively publisher Electronic Arts and video game developer BioWare balance totally divergent goals. Some games – most games I’d wager – would crumble under such scrutiny. Astonishingly, Dragon Age: Inquisition doesn’t fall apart. It’s an amazing game, with an amazing story, even though a few things it contains are merely passable.

You begin Dragon Age: Inquisition by customizing your character. From the very moment you start the game’s companion, you’re making choices that define your version of the story. There are Mages, Rogues and Warriors. Every member of the team that you recruit fits into one of those categories. It doesn’t matter if they are human, dwarf or something in between.

Dragon Age: Inquisition doesn’t waste time introducing to its heavy plot and character types. No, instead, it starts as an action game. From the moment you’re playing you’re thrust into a major conflict. A giant rift has opened, making it easy for bad guys to get access to the Fade and vice versa. I was a human Mage, one of the more untrustworthy factions in the Dragon Age universe. From the moment I started the game I noticed that everyone from Cassandra to ordinary people on the street treated me differently.

The game never lets you forget that you’re fighting for the future of Ferelden and Thedas. Story content is spliced in between different parts of your mission. Three games in and the Dragon Age universe is weighed down by politics and tradition. Surprisingly, BioWare does a terrific job at setting the stakes for you if you’ve never played a previous game in the series before. Even early on you’ll care about what you are doing, the choices you are making – yes, every single one effects your world – and where your team ends up.

The game’s antagonists want to bring the world to its knees by using Fade rifts and the power they contain. Whether you mange to stop them with a pure heart or become a tyrant yourself always feels like it’s up to you. 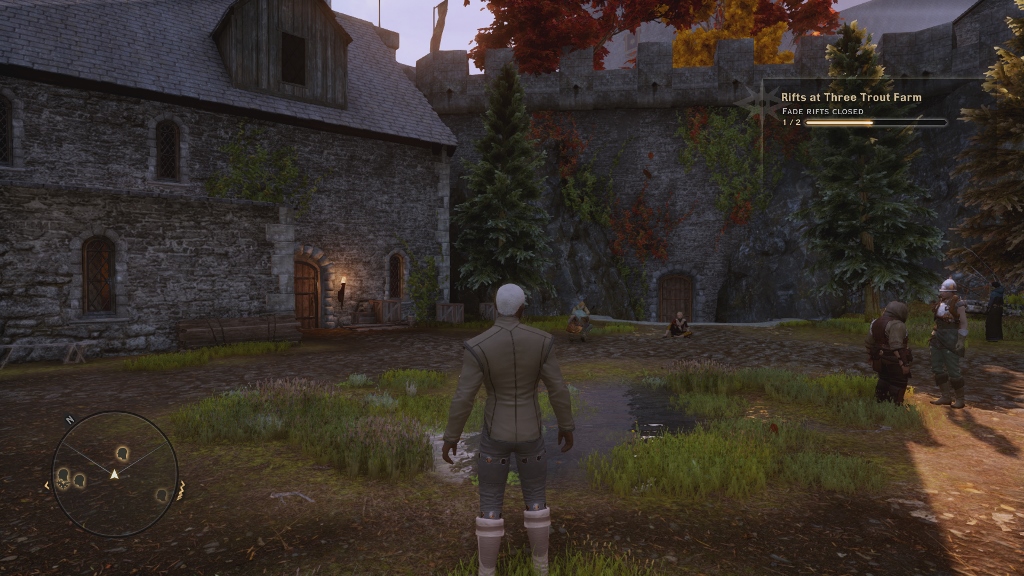 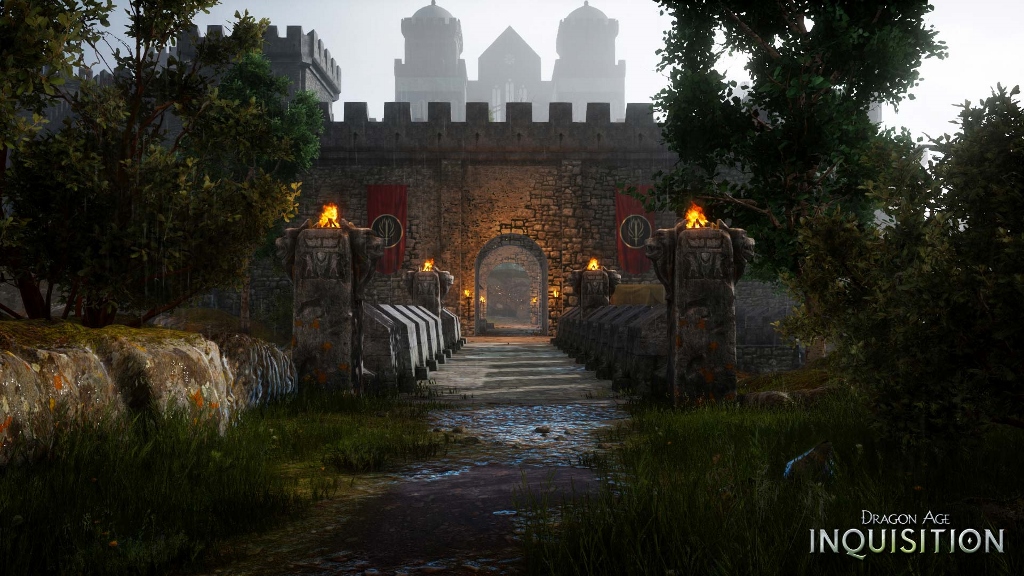 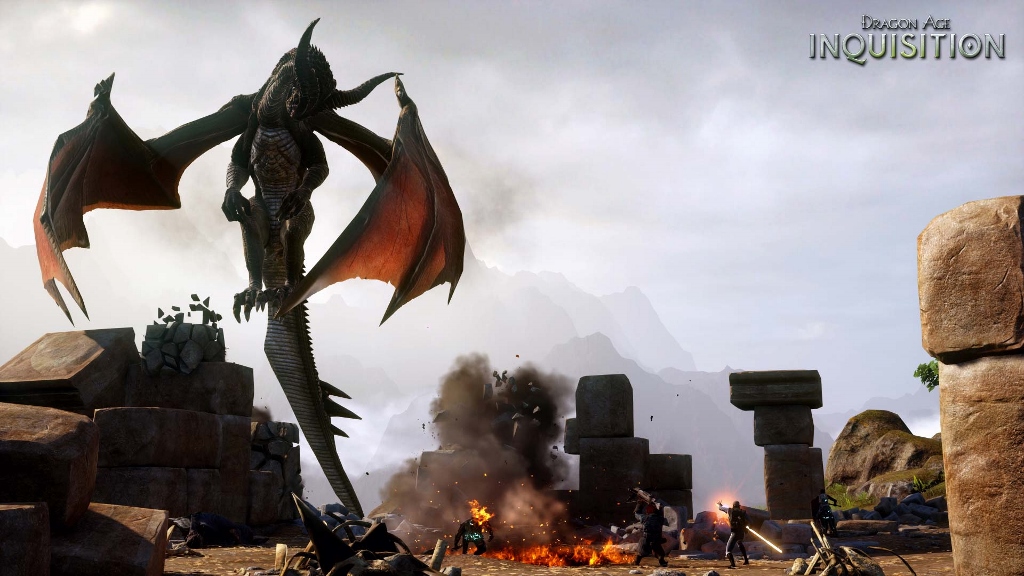 A single piece of furniture has never been as important as it is in Dragon Age: Inquisition. From your early days at the Heaven castle, you’ll use something called the War Table exhaustively. At the War Table you’ll unlock new missions and areas by completing tasks and earning power. Your team of advisors are key to the entire operation. As leader of the Inquisition, you are a general and your first duty is to send the right advisors at the War Table to sort out the different problems that come up. For example, Liliana is a spy master. She’s not appropriate for every mission at the War Table. Using her is especially bad in a situation that calls for direct action.

You can unlock the next story mission at the War Table when you’ve finished the previous one, but just because it’s unlocked doesn’t mean you should do it right away. Each mission is individually rated, meaning there are suggested levels of experience you should have before attempting them. I learned this the hard way, trying to go from mission to mission and getting absolutely crushed even though I’d crafted the latest gear.

Beyond your team of advisors, there are agents to recruit and party companions to build a strategy around. 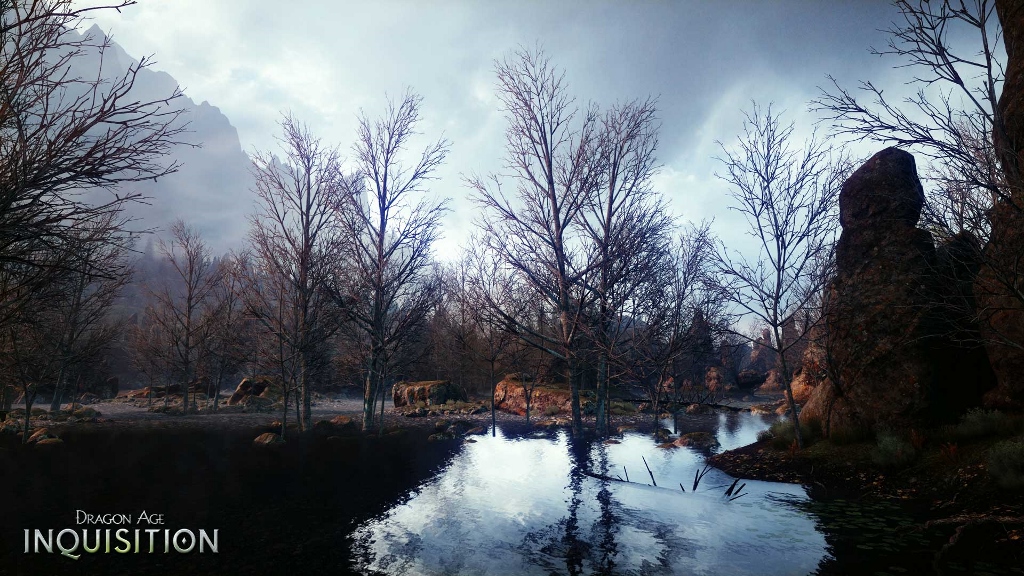 As you advance in the story you’ll run into adversarial factions. Simply exploring the giant maps in Thedas and Ferelden will get you killed. Forget the rival factions for a second because they’re only the second most dangerous thing you’ll encounter. It’s the in-game animals and creatures that pose the most danger. You haven’t lived until you’re a level 5 character trying to take down a group of bears. You haven’t seen destruction until you’ve encountered one of the game’s mythical dragons.

As you level up you earn skill points that allow you to develop your character. There are different skill trees for different types of defenders. For example, Mages can choose winter, storm and fire powers. Rogues have skill trees tailor-made for assassins and archers. Warriors are pretty much killing machines, with the right gear. You and your party will use action mechanics and individual skills to defeat creatures and rivals alike. You can play Dragon Age: Inquisition like an action game, slashing, assassinating and blasting your way through keeps and dangerous foes. For the more detailed oriented players there’s a stop-action camera that allows you to basically freeze frame and plan your next attack. Planning your attack is key in some of the higher levels, but you can get away with not using it in the lesser difficulties. It’s amazing how natural both the still camera combat and action combat complement each other. You can play with one or the other, but you’ll likely use both, which is the point. 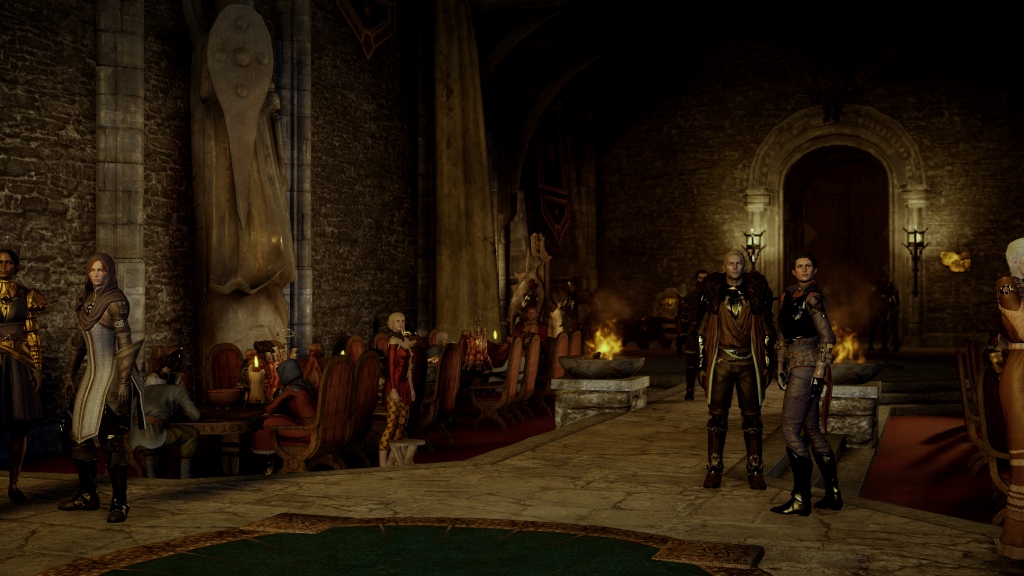 Exploring, discovering new creatures, and taking down foes is key to the game’s upgrade system. Potions, armor and weapons are created using animal leftovers and plants found through each large game world. Runes and weapons schematics that boost the effectiveness of your armor and weapons are dropped as you kill foes. You’ll come across natural resources to build up your base and agents to aid your cause. You’ll need these things to build a formidable team of heroes in Dragon Age: Inquisition too.

Team building is very important since what you really want is a party that can compliment you play style. In situations when fire was a problem I’d roll out a Mage equipped with ice powers, healing and a corruption rune. When I was exploring dangerous areas I kept to Warriors by my side. If you’re good at planning you can deal out huge amounts of damage with the right team and weapons. Having multiple characters and skill trees makes it easy to balance the damage you need to inflict, with the passive upgrades keeping your party alive requires.

Dragon Age: Inquisition is a crawling game. That much doesn’t change. It’s easy to get fooled into thinking it’s not. That is until you play with the multiplayer. You become a different character in the multiplayer experience, teaming up with your friends to make it to the end of different areas. There’s team work involved, but you don’t feel invested in what’s going on. Generally, it just doesn’t feel all that exciting either, to their credit, BioWare has kept the multiplayer interesting with new maps and content – all of that content is available for free, which is very rare these days.

Of all the things that this game manages to balance so well, it utterly fails on the divide between multiplayer and single player. I spent around 90 hours completing story content and doing side missions. I’d be perfectly happy to not play the multiplayer again, ever. 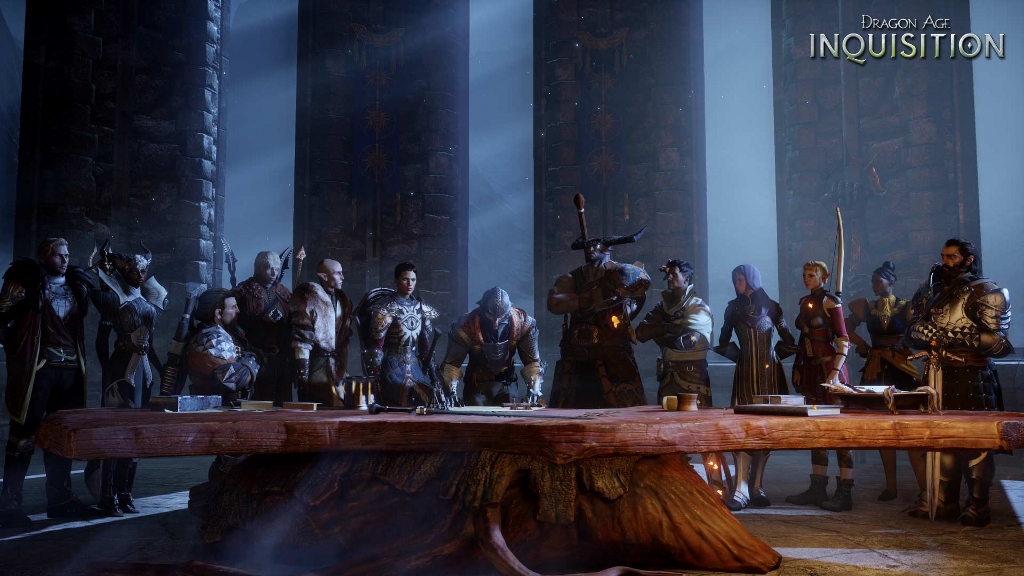 I fell into Dragon Age: Inquisition on a dare. I expected boring hours-long sessions of strategy and basic story telling. As a critic sometimes it’s hard to balance you own professional expectations with the heavy amount of skepticism you pick up playing genres that aren’t your favorite.

I was wrong, completely wrong about Dragon Age: Inquisition. This game achieves so much with its story telling. It looks amazing. The combat is fast-paced. The conversations you and your companions have are even funny. I’m taking time off to go experience some other genres after my 109 hours of solid Dragon Age: Inquisition, but I’ll be taking another trip to Ferelden soon. If you haven’t been there, you should visit too. 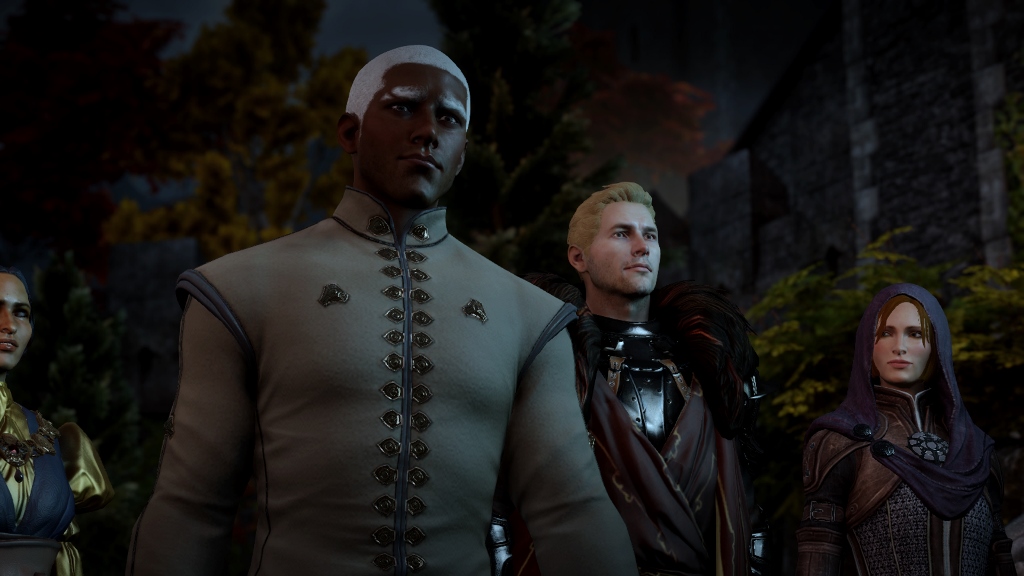 Dragon Age: Inquisition is a terrific role-playing game that successfully manages to balance deep gameplay mechanics and introduce you to a complex world with its own politics. The game’s multiplayer falls flat, but the combat and pausing mechanic hold up. What’s more, the story is magnificent.
Get It Now
Learn more about The en policy on affiliate links.