Whoever said that Microsoft’s 343 Industries didn’t have anything to prove following the successful launch of Halo 4 was kidding themselves. Halo 4 didn’t bring Microsoft’s flagship gaming franchise to its knees with glitches and multiplayer failures. It wasn’t a highlight though. Today, three years after the game’s launch, I can say with some certainty that it was my least favorite game to date.

Halo 5: Guardians, the only first-person shooter in the franchise to be developed exclusively for Xbox One, needed to prove that the studio had grand ideas. Even with its best-selling status achieved early on, some thought that Halo 4 didn’t go far enough in modernizing the multiplayer experience. Certainly, we can all agree that Halo 4’s story was about as memorable as the identify of the murder in any given episode of Law & Order: Special Victims Unit. I played through all it’s Didact-heavy madness. I did some rounds in multiplayer, and I started through the game’s episodic co-op missions. Three weeks later, Halo 4 was on a shelf, never to be played again. 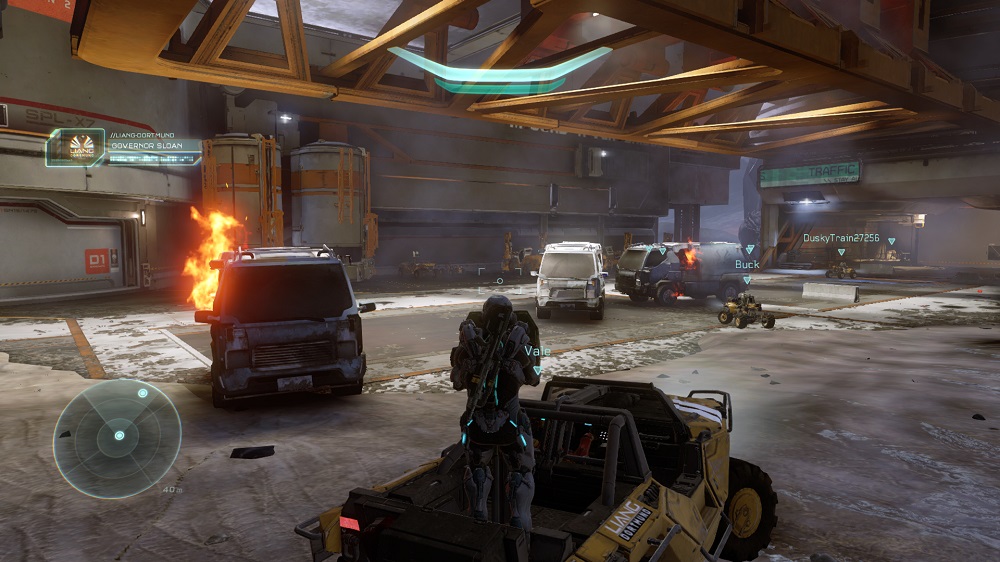 For lots of people, Halo 5: Guardians needed to have a story that people could follow and invest in. The game needed new mechanics that showed some kind of significant advancement in play style. Halo 5: Guardians delivers and then some.[/tw-column width="one-half"] 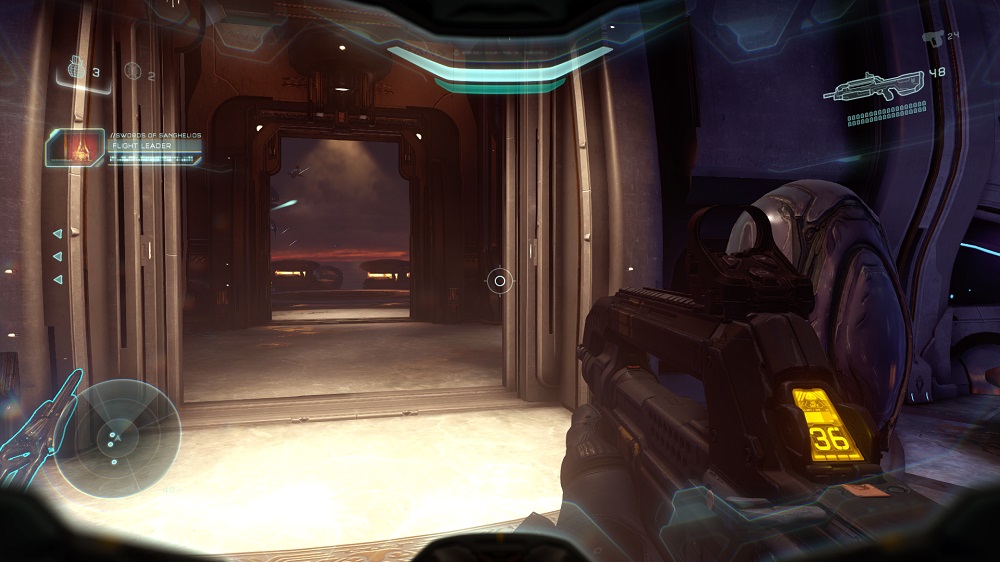 It’s easy to quantify what went wrong in the last Halo game. It’s even easier to quantify what goes right with Halo 5: Guardians. 343 Industries is again going with feeling, using emotion to make the space shooter that everyone knows and loves, more human. In real life we don’t all have a never-ending supply of Warthogs and ammo available to us. We do all laugh at genuinely ironic situations and feel our hearts hammer as we push ourselves to the limit.

The mechanics of Halo 5: Guardians are the best they’ve been in the series thus far. Spartans have jets that allow them to run endlessly. Those jets also enable the game’s more physical play style. Sneaky knife assassinations are joined by Spartan Charges and Ground Pound. Charging an opponent takes out their shield protection long enough for you to end their life the old-fashioned way. By far, Ground Pound is my favorite new mechanic.

Get close enough to a ledge and your Spartan pulls himself up, instead of falling and forcing you to perform the jump again. 343 Industries calls this feature Clamber, and I hope they never take it away. Halo 5: Guardians is more physical than any previous Halo game. You feel like a badass. 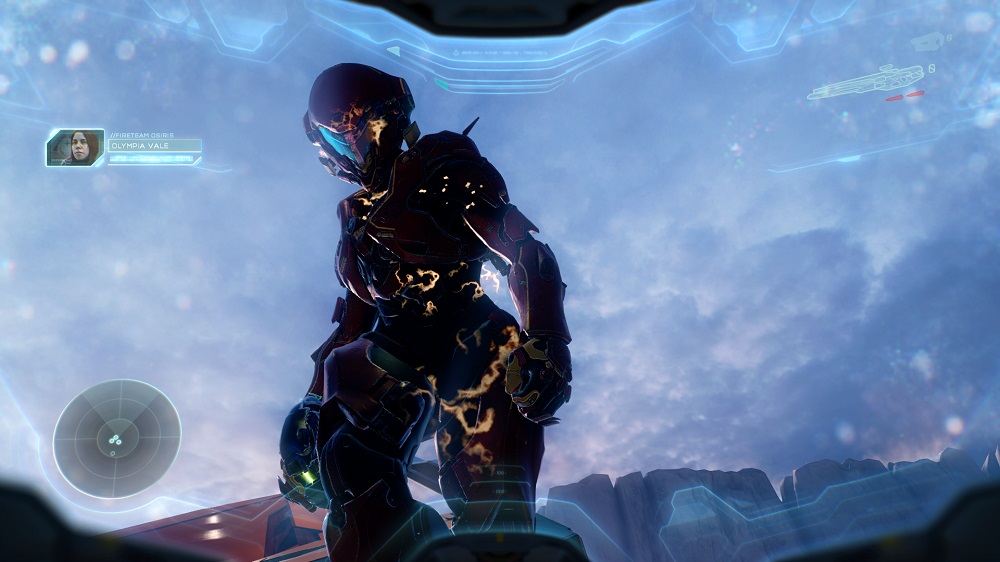 John 117 is out there in space. Jameson Locke, is sent to bring him in or end him if it’s absolutely necessary. Throughout the 15 mission long campaign, you spend your time as either one of these two men.

Both John and Locke lead a team of Spartans. John and his Blue Team talk mostly business, but Fireteam Osiris and Locke really add complexity and humor to the entire experience. Microsoft’s Xbox Live Cloud Compute service powers the other members of each fire team when players aren’t using online-cop with friends. Each fire team automatically assists when possible, but you’ll get more out of the Halo 5: Guardians if you provide them with commands to enhance your tactics. You can order them to take a certain position or concentrate on an enemy. Each Spartan audibly confirms your orders before carrying them out, adding to the air of team work. Again, you feel like a bad ass. These Spartans will also heal you in the game’s campaign. 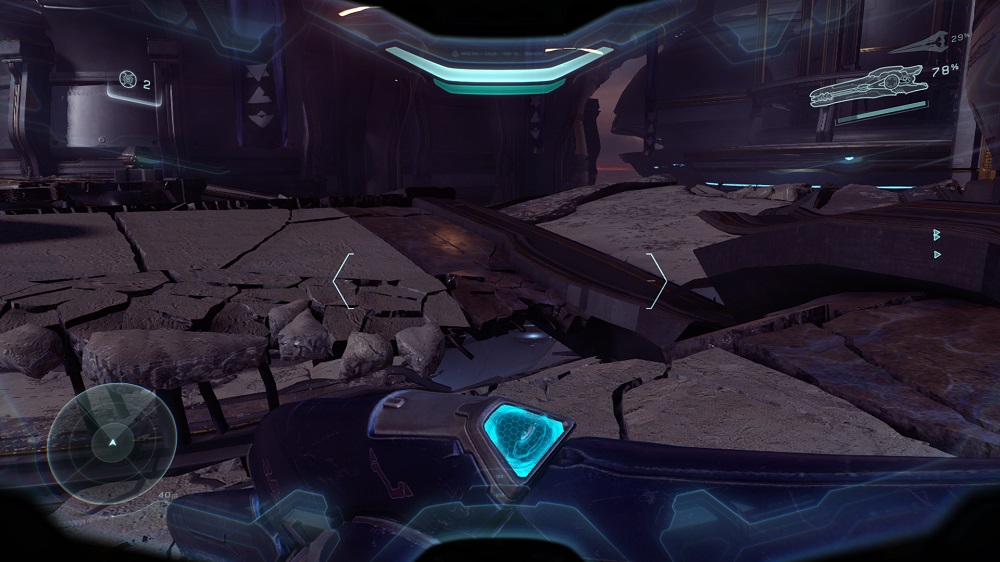 God help you if you try to completely rely on your fire team. The artificial intelligence that powers them does a respectable job, but drops the ball every so often. Be sensible, never let Tanaka drive a Mongoose you’re riding in. I laughed with and bonded with these guys, not Blue Team. That’s hardly Blue Team’s fault though. 343 Industries doesn’t exactly divide the game experience evenly between Osiris and Blue Team.

Jets and Clamber are around because the worlds that you’ll find in Halo 5: Guardians campaign are vast, diverse and more vertical than what’s been in previous games. I’ve highly criticized past Halo games for feeling too closed and linear. Each level here feels like a pool of endless possibilities. You can play this campaign multiple times and no encounter with enemies will go the same. Sometimes I ordered members of Fire Team Osiris to flank enemies and use their turrets against them. Other times we went in like the smooth, legendary cold-blooded killers that we are. When things got hectic — and they did in some levels — I felt it. I wondered where the members of my team were and what tactics we should use to keep ourselves alive. In Halo 4 I simply shot stuff. 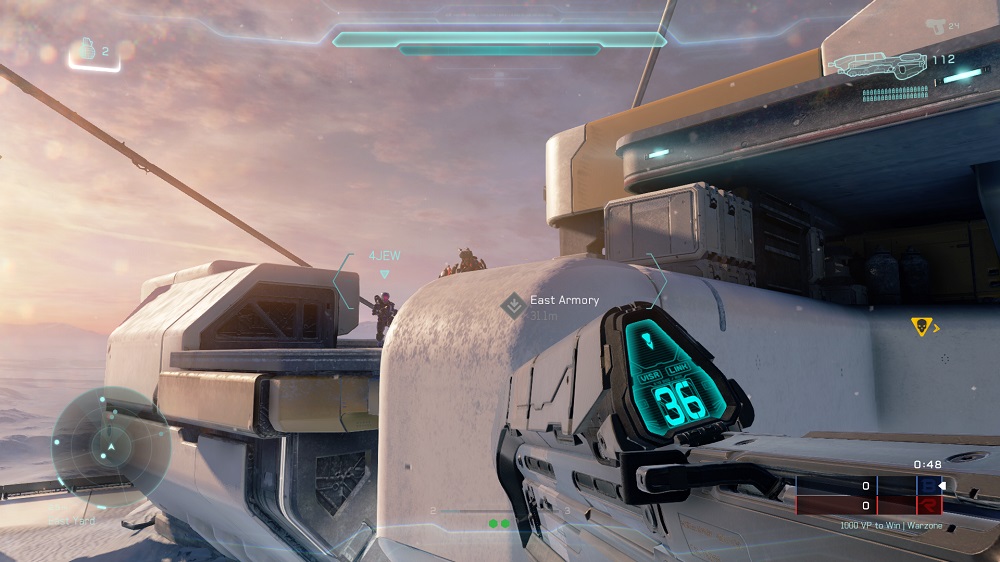 Halo 5: Guardian’s entire story is one big collection of Spartan Ops episodes form Halo 4. That’s good, because Warzone takes that mode’s place in multiplayer. Microsoft and 343 Industries are done dividing the fan base with extra purchases for now. Instead of requiring map packs, 343 Industries is treating the game like an on-going service, a platform for which to continue to release new content. In lieu of map pack cover charges, an economy built on getting permanent character upgrades and temporary weapons and abilities is present.

Put another way, Microsoft and 343 Industries have stopped robbing Peter for times a year so that they can get Paul to cough up money for smaller purchases all year long. It’s diabolical, brilliant and stunningly not as big an intrusion as I thought it’d be.

REQ points are given to players as they compete in Warzone. Players can then redeem those points for REQ cards or purchase a REQ Pack outright. With the right power weapon, a REQ Pack can make all the difference. I’m just not bothered by it for whatever reason. I’ve earned a few decent cards on my own, helping my team secure a rare when this past weekend. 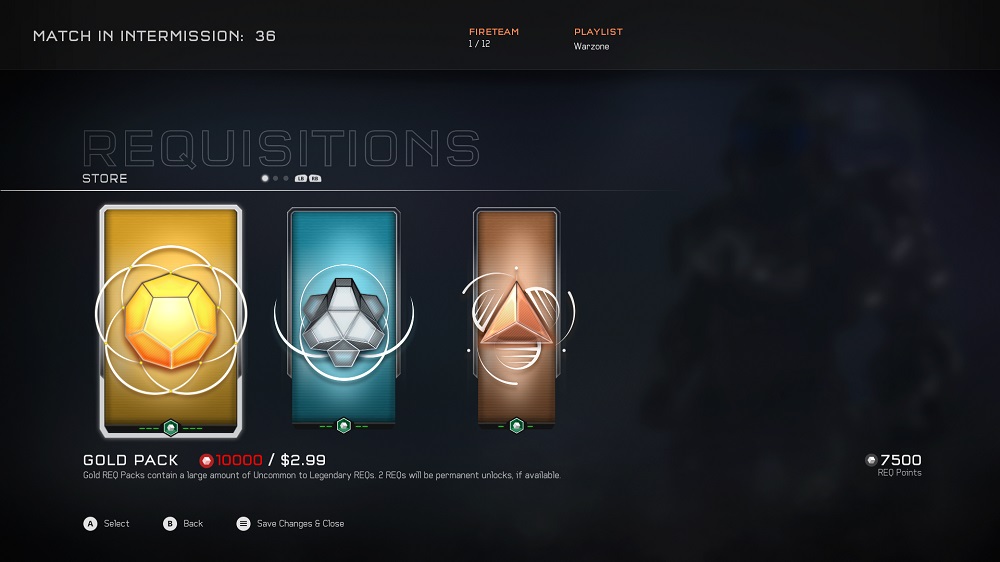 It’s a delicate balancing act. Microsoft needs to make money to continue to provide users with new content. Theoretically speaking though, the change could extend the life of Halo 5: Guardians well beyond what we got with previous titles. I should mention that Arena, which is practically a professional players only mode at this point, is back for Halo 5: Guardians. Think of it as the classical Halo online experience that you’re already familiar with. There’s new maps and the new abilities are there. It’s as brutal as it has ever been.

I didn’t absolutely love Halo 5: Guardians’ narrative. 343 Industries is still reaching for something grand in scale and coming up short. At least this time that distance is measured in feet and not in football fields.

This story is at least easier to follow than previous games. Campaign environments are spectacular and introducing a newer, more interesting team of Spartans was a good move. I even loved having my own fire team to command. I just wished they were a bit smarter. Warzone gets enough right that it’s definitely on my frequently played list, though some matches can be long, embarrassing and brutally one-sided. Character movement is smooth and the new power-ups fundamentally make Halo multiplayer exciting in a way it’s never been – at least to me.

If you have an Xbox One, you need to experience Halo 5: Guardians. 343 Industries nailed the fundamentals.

Halo 5: Guardians is one of the best first-person shooters you'll play all year, mostly that's due to the great graphics and very sound mechanics.
Get It Now
Learn more about The en policy on affiliate links.