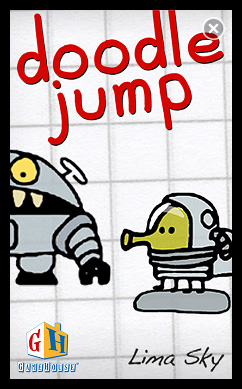 While I will be reviewing the new version of Doodle Jump (previously released on the iPhone, Android, Blackberry and more) for Windows Phone 7, I will also be spending a little time comparing it to Bubble Jump, a similar game available for free in the Marketplace.

Doodle Jump is the second part of the Must Have feature that Microsoft is running. Bubble Jump is a free game available in the Marketplace.

To start with, let’s take a look at some of the features of Doodle Jump:

Meanwhile, Bubble Jump has none of those features. It is an extremely simple game in which you try to guide the little furry guy in the bubble (apparently named Rutherford) further up into the air by popping little bubbles along the way.

So, what do the two games have in common?

In both games, you control a somewhat unrecognizable, cute little character upwards into the sky by hitting special items and power-ups along the way, all the while trying to avoid obstacles and pitfalls.

You control the character by tilting your device left and right. In Bubble Jump, the character kind of bounces off the sides if you push him too far to either side; while the alien in Doodle Jump can actually bend time and space to appear back on the other side of the screen (the way Pac Man used to do when he ran through the tunnels).

Neither of these games are as professional-looking or as polished as Hydro Thunder Go, but they’re not supposed to be. They are intended to be quick, fun, addictive time-wasters.

Should I Get the Trial Version?

Because of the way the game is designed (basically an endless single level), the only thing they could do with the trial was limit how far you can guide your character into the sky. Unfortunately, in the trial version, you only get to play the game for 5 or 10 seconds before you get a message saying “You have reached the end of the trial version”.

Should I Buy Doodle Jump?

As mentioned above, if you enjoy the concept of Bubble Jump, you should definitely go ahead and buy Doodle Jump. First of all, it’s only $2.99, so it’s not like you’re dropping a fortune on the game. Doodle Jump features more levels, more features and a bit more fun than Bubble Jump does, so I doubt you’ll feel cheated if you spend the money to buy it even though you can get Bubble Jump for free. Plus, like I said at the beginning of the article, it’s connected to XBL (which Bubble Jump is not).

Doodle Jump is a fun, addictive game that’s easy enough for anyone to play, but challenging enough to frustrate you to no end. Whether you’re 5 or 85 (assuming you can see the screen), you should be able to pick up the game and give it a shot.

Grabbing Doodle Jump for your Windows Phone 7 will also help give you a leg up on your friends when the game gets released for the Xbox 360 as a new Kinect title. 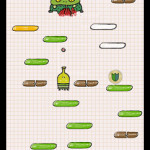 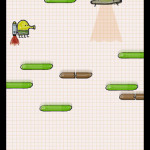 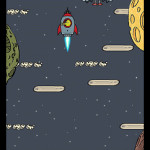 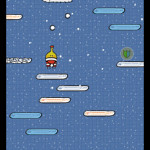 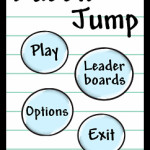 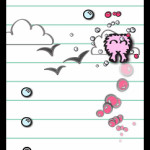 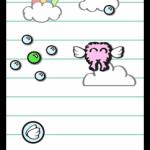 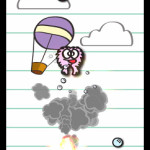 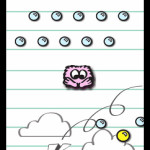 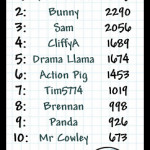