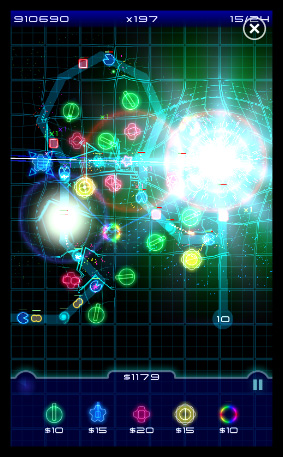 This week saw the release of the third “must have” game for Xbox Live on Windows Phone 7. The two previous games were Doodle Jump and Hydro Thunder Go. This week, we were graced with the awesome tower defense game geoDefense.

If you’re into tower defense games, geoDefense is definitely a must-have. If you’ve never played tower defense games (which I hadn’t before my buddy @alex from TheNextWeb told me to pick it up for the iPhone almost 2 years ago), this is a great place to start.

The object of the game is, quite simply, to destroy all of the creeps before they hit your base. Each level is a twisted corridor through which the creeps move. On each level, you are given a little bit of money that you can use to build towers along the route. There are various types of towers that you can use to defend against the creeps, and each level features different combinations of those towers. They all perform drastically different attacks, and each is good for specific circumstances. Of course, each creep has drastically different properties, too, so you have to learn to use the right kinds of towers against the right kinds of creeps.

The easy levels in this game are built well enough to let anyone dip their toes into the genre. Each level in easy (and medium, I think) includes a bit of a tutorial (or at least a hint) at the beginning so you can learn how to use the various towers to destroy the “creeps.” They are simple enough for most people to beat them and start to feel a real sense of accomplishment.

The medium levels then get a good bit harder. The creeps come harder, faster and in greater numbers than they do on the easy levels. If you try hard enough and you use the lessons you learned on the easy levels, you can still beat most of them fairly easily in less than 3 or 4 tries.

The hard levels, though, step up the game to a completely different level. They’re not all difficult in the same way. Some are difficult because of the short bursts of time in between creep waves. Some are difficult because there are actually too few creeps in each wave (meaning you don’t earn any money to help build up your defense strategy). Others are difficult simply because of the way creeps move on the board. The hard levels don’t generally overwhelm you with the speed or numbers of creeps, they overwhelm you with the strategy of the creeps.

Should You Buy This Game?

This is a game where I can definitively tell you that you need to download and play the trial version of the game. This trial version is done extremely well. When you grab the trial, you have the ability to play the first 4 easy levels, the first 4 medium levels and the first 4 hard levels; giving you a great sense of how the game works and the difficulty progresses.

If you find you like the game (as I suspect most of you will), you should definitely buy the full version. While this game is somewhat simplistic in its appearance, it is actually extremely well-polished and very well put-together. Although Windows Phone 7 finally received this game more than 2 years after iPhone users were able to pick it up, we all benefit from the lessons the app developers learned along the way. The game looks nicer, performs better and has a lot more features than the original iPhone version (since I no longer have an iPhone, I can’t speak to what the current version is like).

This is the kind of game that will give you fantastic highs as you beat each level, but will also have you banging your head against the wall (or your desk, or whatever hard surface is nearby) as the last creep sneaks its way into your base, while you can do nothing to prevent it except for scream at your phone. 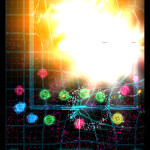 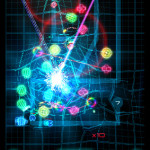 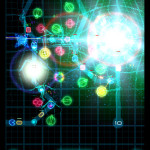