It seems when Nokia announced that we’d be hearing more about their plans for launching in the United States early in 2012 they weren’t kidding. The mobile wizards from Finland have just sent out invitations to it’s CES press event scheduled for January 9th. 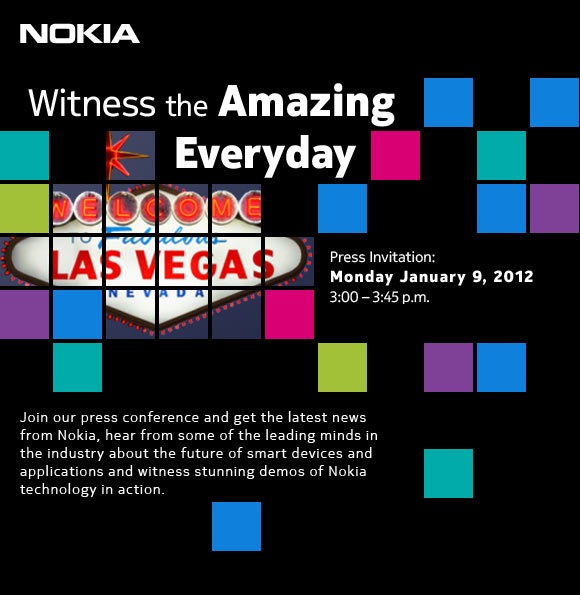 While we won’t be one of the chosen few attending the event, you can bet your’re bottom dollar we’ll be hear at enConnected headquarters to bring you the latest and get your real-time reactions with one of our fancy enConnected LiveChats on January 9th at 3pm. As for what they’re going to announce? We’re hearing rumors of everything from tablet strategies to Lumia 800, and even a new flagship device, however only time will tell.