I’ve had a love-hate relationship with Destiny since it launched three years ago. Most of it has been love, despite the lackluster early days and tepid first DLC. For everything developer Bungie gets right with the franchise – the satisfying gunplay, unique concept of a shared world shooter with light MMO elements – the game falls short in other areas. In the beginning, it was the disjointed story, bullet sponge bosses, and frustrating loot system. Given the first game had a storied development process, it’s no surprise that it released to mediocre reviews. But to Bungie’s credit, they refined the game, tuning the formula for their MMO-not-MMO first-person shooter. By the end, Destiny was a content-rich game with a well-designed system in place for a player to level up, earn good gear and become legend.

I’ve spent over 50 hours with Destiny 2, and I believe Bungie has made a sequel that shows off a slick, polished version of the product they released in 2014. Unfortunately, it also shares some of its frustrations. 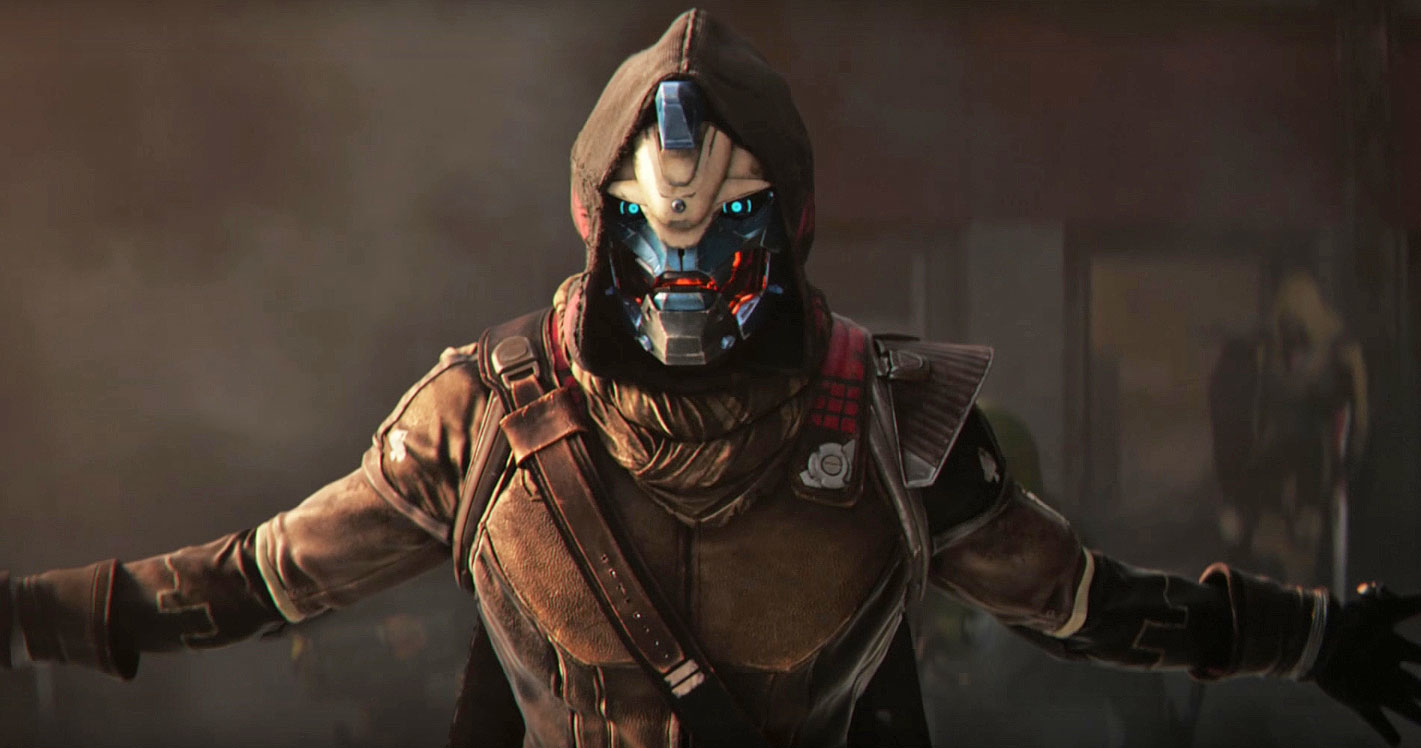 To be clear, Destiny 2 is not a bad game. It’s a fantastic shooter; all the tight mechanics you expect from a Bungie game are there. Whereas the story in Destiny felt muddled and needlessly vague, the narrative here is much stronger. Central to that is Dominus Ghaul, the antagonist of the game that provides the cornerstone for the events.

While the story itself is not groundbreaking, it has some intriguing arcs for you to follow. The idea of seeking out a disillusioned and scattered Vanguard is an interesting concept. The story asks tantalizing questions: without the Light, what exactly are Guardians? Have they really earned their position of power and protection? And in doing so, have they really been looking out for humanity’s best interests?

The story is cohesive and filled with set pieces that make for a good adventure. The opening mission, which ultimately ends with your proverbial fall from grace, is filled with more emotion and heart than most of the original Destiny story. Later, the various new places you visit, such as Titan with its wonderfully realized methane seas and floating platforms, or Nessus with the best new character in the game in the form of Failsafe (an AI with some… issues), showcase Bungie’s fantastic design work. It makes for a satisfying experience.

Ultimately, the story feels a bit shallow. The narrative glosses over the finer points of these questions, and in turn, simply settles on steely resolve and getting back to the fight. In the end, it’s a missed opportunity. 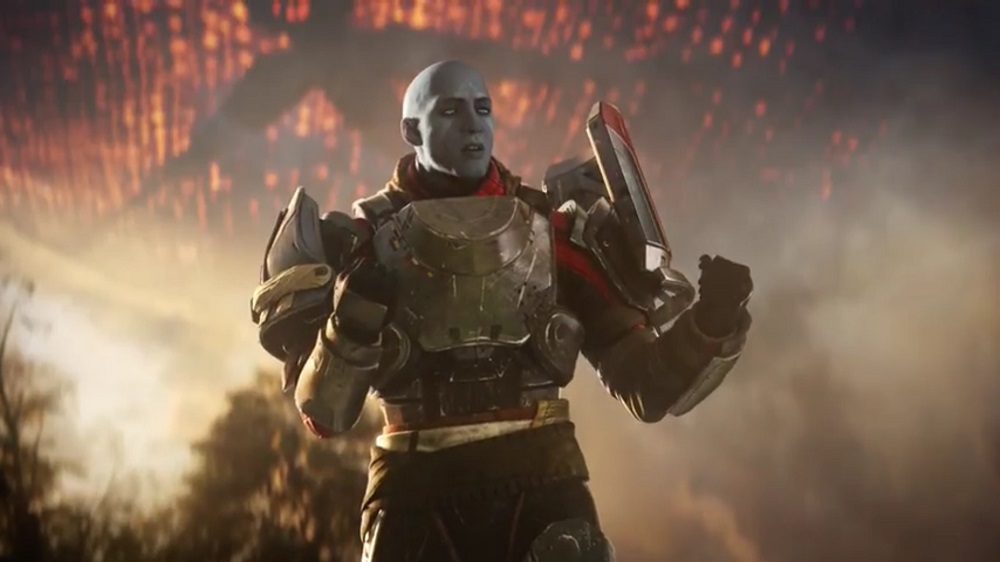 Outside of the story missions, Bungie has enhanced the gameworld to a degree. Patrols return, as do Public Events. The latter has been extensively reworked, and are much more rewarding than they were in the original game. Whereas before you needed to go to a fan-made website and some good luck to see when and where a Public Event could potentially spawn, the game now tells you locations and times on the game map. It is a very useful improvement since players can (and often do) congregate at these locations to take down enemies for loot. Bungie has even included a neat mechanic of turning a Public Event into a Heroic Public Event, by performing specific actions. These Heroic versions offer the potential of better loot.

But Public Events don’t always quite work out. For as many players are purportedly in the game, you still have situations where you’re playing the Public Event alone, and depending on your level, it may not be very fun. To Bungie’s credit, you still can to receive rewards if you stick it out, however meager.

Adventures are located around the game world in a fashion similar to Patrols. Think of them as side quests. They enhance your understanding of the world and characters. Adventures are a great addition and I hope we see more of them added as Destiny 2 ages.

Strikes return. Five (six if you are on PlayStation 4) are included, and these extended missions tuned for three-player co-op don’t offer anything terribly different from the first game. Most are an improvement, however, in terms of story delivery, and one in particular – “The Pyramidion” – is a beautifully realized foray into Vex territory. Easily the best strike in the game, “The Pyramidion” sets a high bar that the rest don’t match. It feels like a mini-raid, with just the right mix of mechanics and platforming that makes it very fun to play.

Crucible, the PvP portion of Destiny which you either love or hate, is back with smaller team sizes (4v4) and limited options. Again, Bungie made the odd decision to limit Crucible to two playlists – Quickplay and Competitive. Both are fine, and both feature a mix of each of the five modes available for Crucible (Clash, Control and Supremacy return, along with the new Countdown and Survival modes). However, there are no individual playlists for these modes. There is no queue for solo players. It’s just very barebones, which is a strange decision for a game in its second iteration. It’s almost as if Bungie is scared to fragment the PvP population – but is it so small that they need to whittle the playlists down?

There is also the raid, dubbed “Leviathan” because it takes place on a planet-eating ship (sound familiar?) and is more puzzle oriented than previous ones. Again, Bungie’s art direction shines here, and your first time flying into the raid and moving towards your target is epic in itself. But you need to find your own group to run the raid, and this is where the newly integrated Clan features shine.

Clans are built into the game as a tab, and not only does it make it easier to see who’s online (even if you’re not friends with them on Xbox or PSN), there is a great future where you can contribute to Clan XP, and by completing activities such as the Nightfall (the endgame-tier rotating Strike) or the raid, the entire clan will benefit in the form of a weekly engrams that decrypts into gear. It not only encourages contribution to the Clan but makes Destiny more social in a way it had lacked previously from within the game. 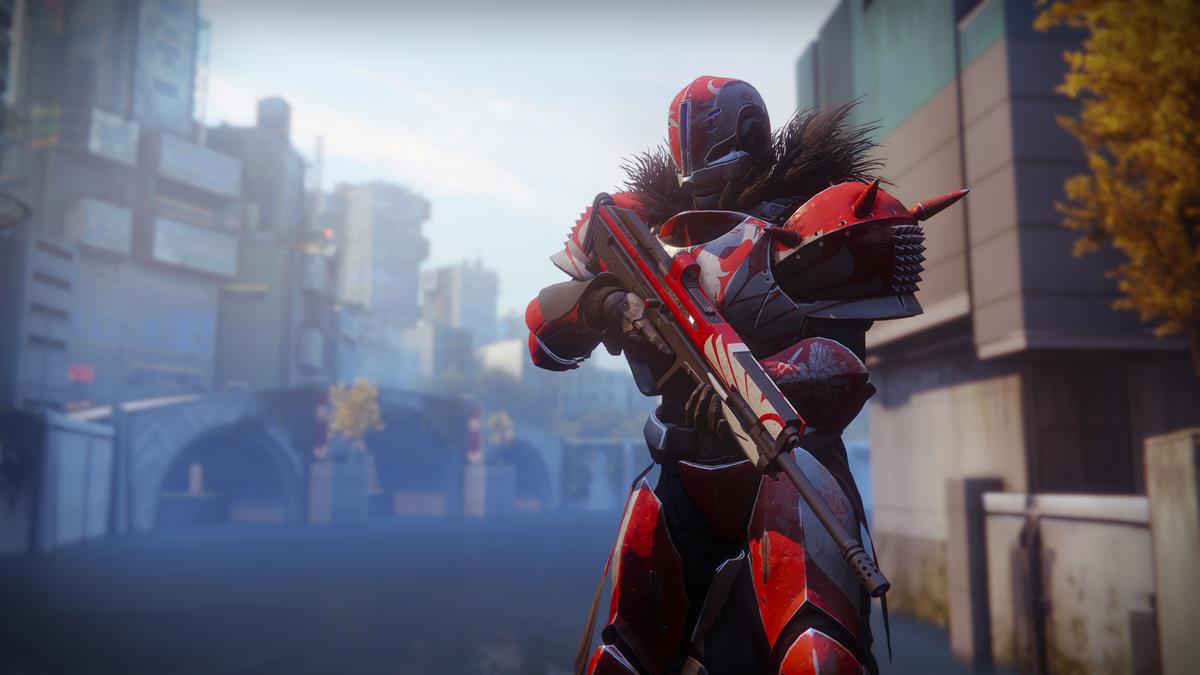 Lost Sectors are essentially mini-dungeons scattered across each planet, and their objectives are straightforward: jump in, take out the enemies and boss, and claim the chest at the end. It’s a fine idea and helpful early on, but the problem with Lost Sectors – and loot in general – is that they don’t scale well late in the game.

And that is where Destiny 2 begins to show its cracks.

After the initial campaign and exploration of the various worlds, you begin to see that the endgame is lean. For a game whose core hook is getting better loot and gear, Bungie has made some decisions in the interest of gating players from power leveling. Unfortunately, in light of the progress and Quality of Life changes the original game experienced over its three years, Destiny 2 feels as though it was developed in isolation from the teams responsible for those changes.

For example, there is a steady curve of gaining better and better loot… until you reach about Light Power Level 260. From here, the way to best level up is to grind out Public Events, because regular “rare” (or blue) gear no longer drop at a higher level. So why not grind out Strikes, as in the previous game? Because the Strike-specific loot of the original, as well as scoring and challenges associated with it that could net you better gear are gone. And coupled with the fact that strikes take longer than Public Events (a few minutes compared to a 15-25 minute run depending on the team) and are nowhere near as rewarding means your options – and time – are limited. There are also weekly Luminous engrams, whereby completing certain weekly challenges you gain gear that does scale well-above your level, but these are limited and gated (again) by a weekly lockout. 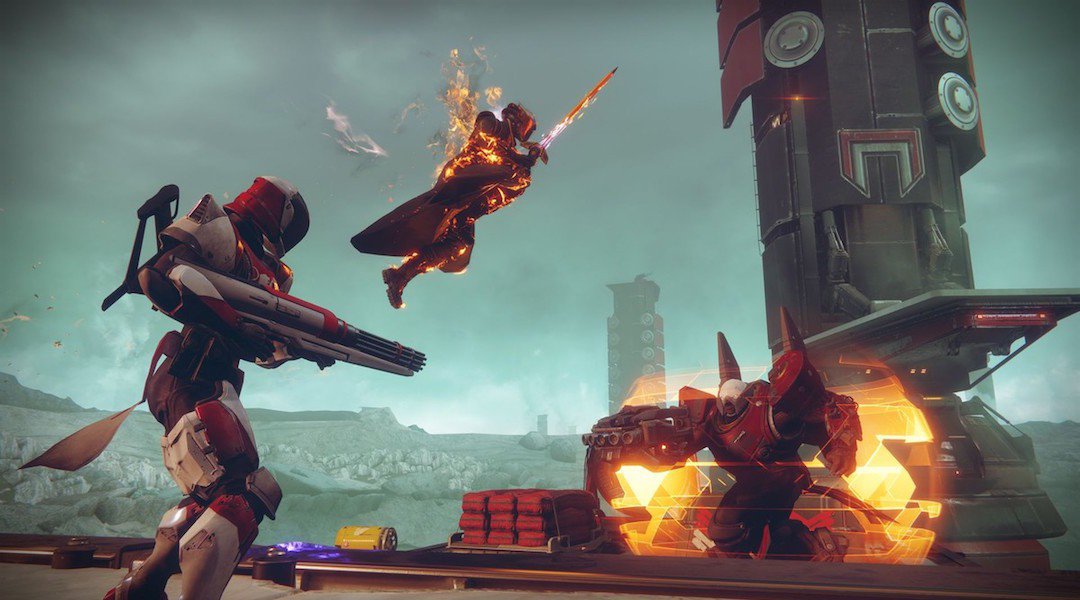 The problem extends to Lost Sectors and Adventures. They simply don’t scale up rewards-wise as well. Lost Sectors in particular feel like a wasted opportunity post-game, because there are no options for Heroic (more difficult) versions to get better gear. Also curiously missing are Heroic Strikes, a staple of the original game that netted better loot.

In short, there is quite a bit to do for players in Destiny 2 at endgame; the problem is a lot of it just isn’t worth the time.

Destiny 2 is not doomed and it is not an awful game. Far from it; this is the game that should have launched three years ago. The franchise has improved in a lot of areas and continues to maintain the scope of a fascinating universe, but still seems timid to unleash its full potential. The framework is there for Bungie to build out the necessary improvements to the endgame – and I have no doubt that they will. With a fan base as rabid as Destiny’s, it’s easy to lose sight in the few short weeks since the game’s release that we are at the very beginning of the next phase, and that if the first game is any indication, Bungie will grow and tweak the game over time.

If you’re new to the franchise or a hardened veteran, there is plenty here for you to sink into. The game will net you dozens of hours easily, and given future content updates, that will easily grow. It’s just unfortunate that in rebooting the franchise, Bungie also set themselves back to square one with regards to the game’s expectations. Destiny 2 – with all its polish and improved story – ignoring the advancements made over the past three years is a curious choice. It makes me wonder if Bungie has really changed at all 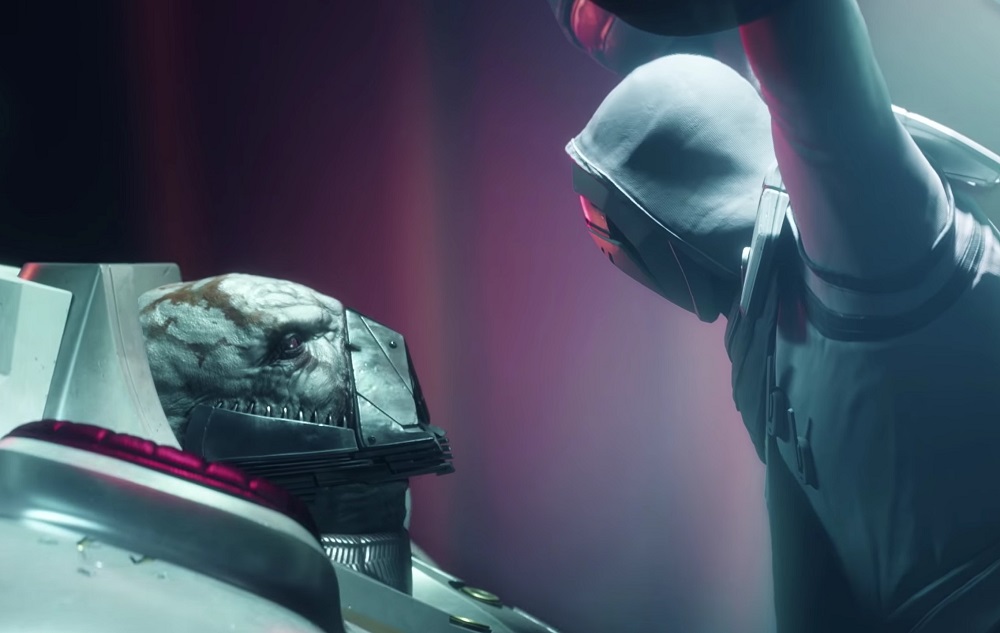 Destiny 2 - with all its polish and improved story - ignoring the advancements made over the past three years is a curious choice. It makes me wonder if Bungie has really changed at all
Get It Now
Learn more about The en policy on affiliate links.

Read other Windows & Xbox One reviews