If ever there was a need for pop-culture related proof that suffering is relative, it is Star Trek Lower Decks. There was a time when I would have done anything to get just a little bit more of the franchise (for example, watch Star Trek Beyond). Those days are gone, and Star Trek Lower Decks arrives at a time when there is no shortage of Trek available to those with idle eyes and willing wallets for a CBS All Access subscription.

So let me not be coy; I hate Star Trek Lower Decks. I hate it with the all-consuming heat of an office worker’s breath after they’ve quickly downed a sandwich loaded with onions and forgotten about the mint at the bottom of their lunch’s paper bag. The show stinks.

Certainly the setup is promising. Star Trek Lower Decks takes chances. For starters, it’s the first completely animated show in the franchise to debut in decades. It’s set on a new ship we haven’t seen before that’s staffed with characters we’ve never heard of before. Typically, Star Trek focuses on the life of the people in command. Lower Decks abandons that for a half-hour look at the lives of the people’s whose responsibility it is to carry out the orders our usual heroes give. Everything from the over-the-top voice acting to the absurdly drawn visuals suggest that Star Trek Lower Decks yearns to be the show you shouldn’t take seriously in a franchise that takes itself too seriously. That is fine.

Problem is, the damn show is not funny. I’m not just saying I didn’t laugh audibly during my screening. I’m saying I didn’t so much as crack a smirk during the entire thirty minute ordeal.

The disaster started early. The title sequence featuring the U.S.S. Cerritos immediately turning away from every danger in the galaxy wasn’t funny. The show’s irreverent cold open just before that unfunny title sequence began was even less funny. Lower Decks leans so heavily on the juxtaposition of Starfleet and zany situations jarring longtime fans of the series that it forgets to be amusing. “This ain’t your father’s Trek,” they are hopping you whisper to yourself. That bit gets old quickly.

And, the really weird thing about the show is it’s willingness to pump up the fan service when there are lulls in the story even though it’s existence is meant to start a cultural reckoning with fans. So, you hear what might be casually described in some galaxies other than this one as a joke, only to have it immediately followed by some rare, weird bit of trivia. Like, what random ass thing sits in a very specific room, or what a character we’ve seen in other Trek shows did offscreen. It is as if someone realized this show’s link to the others was tenuous and decided to strengthen those ties with facts they found on the back of trading cards you nor I knew existed.

The entire first half-hour of Star Trek: Lower Decks falls somewhere between fanfiction I hope CBS didn’t pay the writers insane amounts of money to repurpose and the worst moments of Fox’s Sunday night comedy line-up. You know, the times when the joke has already landed, but there’s another two minutes before the characters move on to something else?

In theory, Star Trek Lower Decks is a good idea. With Picard and Discovery going strictly for storytelling that takes ten episodes to pay off, something a little episodic and fun is needed. Star Trek Lower Decks could have been that. Alas, it is not. It’s a not very successful attempt at what Seth McFarlane’s The Orville does way better.

For the first time since Star Trek returned to television: Skip this. 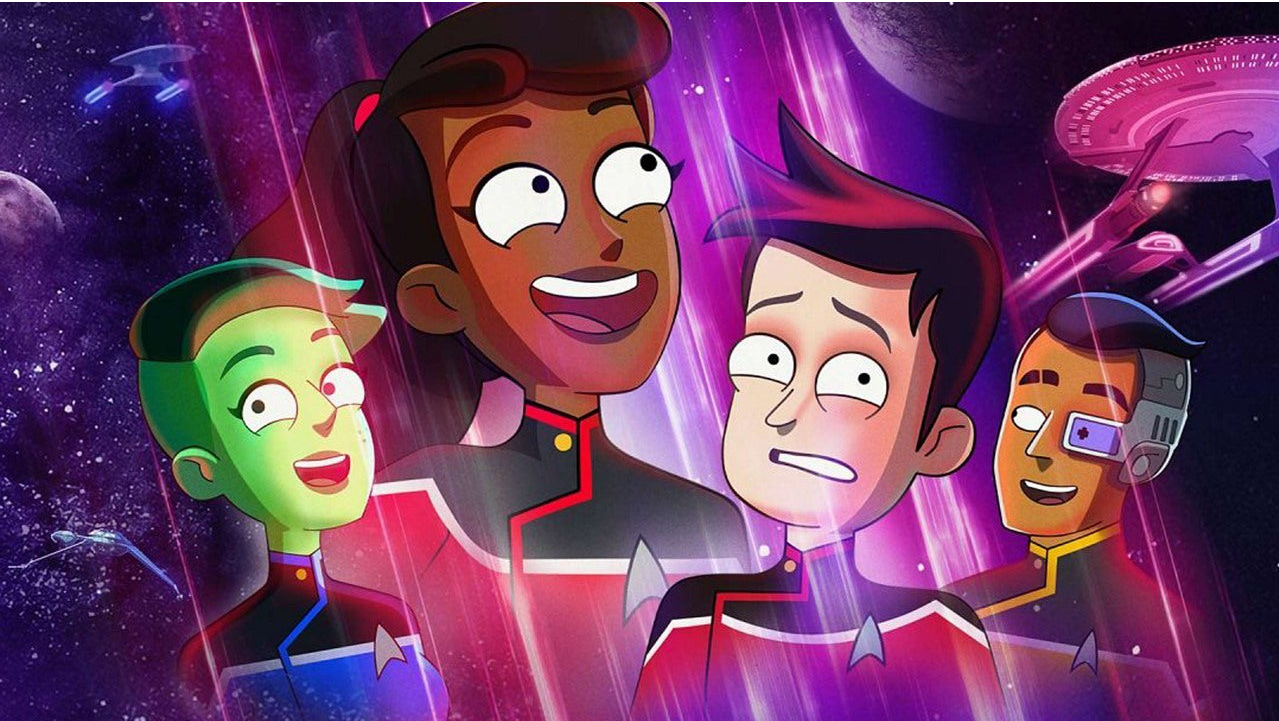 Don’t pay to watch this.
Get It Now
Learn more about The en policy on affiliate links.