I still remember when I first discovered computers. I was about six, and the computer in question ran Windows 95. I still remember how magical it was hearing the old start up sound while anchors on television in the background discussed church burnings and more on CNN.

My first personal computer was an all-in-one Gateway machine that ran Windows 98. It was a lifesaver for a guy that was still trying to figure out what CHMODing and FTP transfers were. As I’ve gotten older and my ambition has grown, I’ve picked up more refined tastes though. I’m Trav, and these are the things I use to play video games, listen to music and stay mildly productive 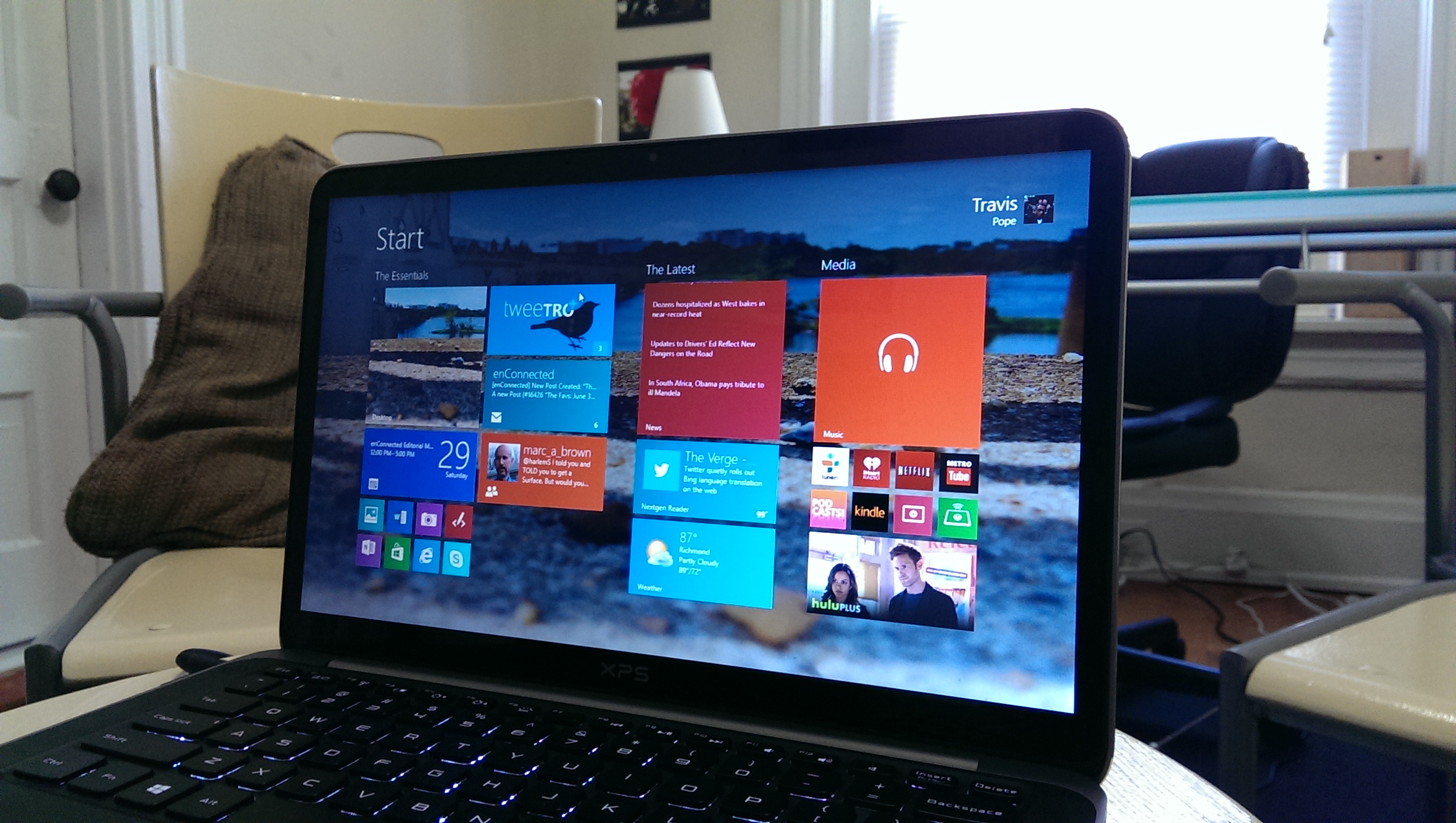 The last time I gave everyone a look at the stuff I use everyday, I had a Dell Vostro V13. It was a decent machine, but in the long run it suffered from pretty terrible battery life and didn’t have enough horsepower for the audio editing and things I needed to do. Last April I upgraded to the second-generation Dell XPS 13. Then I split out duties between the apps and files that I needed for enConnected and stuff I personally like to do. The XPS 13 is my work machine for enConnected and paige aiden Media. It gets decently battery life. It’s well made and the trackpad isn’t bad either. My version includes an Intel Core i5 processor and 4GB of RAM. Storage is just 128GB, but I don’t need much more of that since most of my files live on Microsoft’s OneDrive service. I have a first generation Arc Touch Mouse that I use with this machine. I absolutely adore that both the mouse and the machine. The XPS 13 runs Windows 8.1, which it will stay on until the final version of Windows 10 arrives arc year. 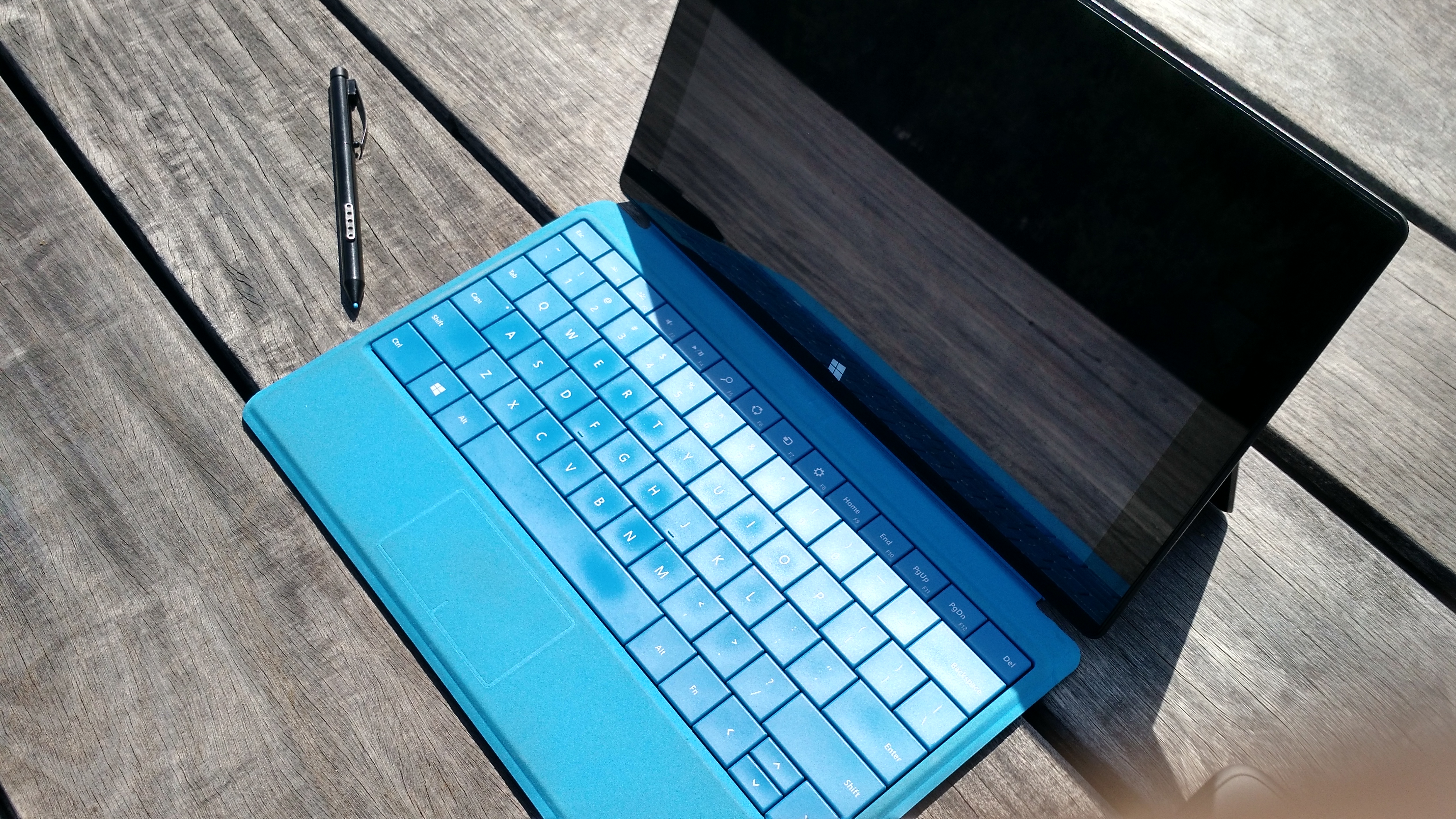 I don’t have a gaming machine per se. Instead, I use the Surface Pro as a personal computer that can play games like SimCity and as an eBook reader and note pad. When I’m out doing something or on a trip it’s the Surface Pro that I carry with me. It’s relatively light and gets the job done. Lately, it’s been showing some age but I think it’ll be fine. The Surface Pro only has one USB port and as a birthday gift my grandfather surprised me with a Surface Edition Arc Mouse that uses Bluetooth for it. I love it too, and it’ll probably outlast the Surface Pro at this rate. 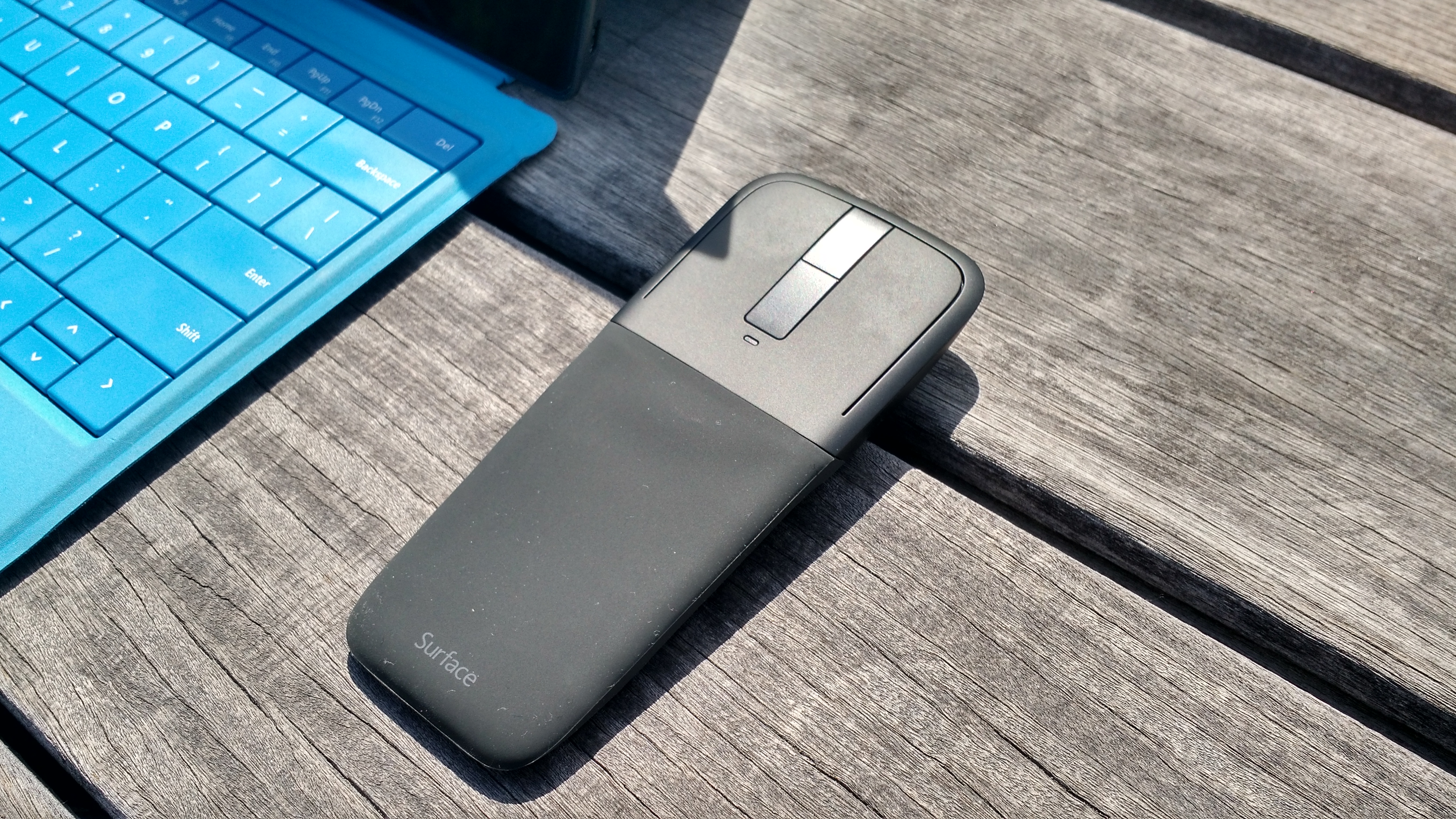 The Surface Pro is running Windows 10. So far, I’m not too fond of the operating system, but time will tell. (It’s official, this week I officially replaced the Surface Pro with a Surface Pro 3 and purple Type Cover. It’ll act as my gaming PC, eReader, notepad and music jukebox. 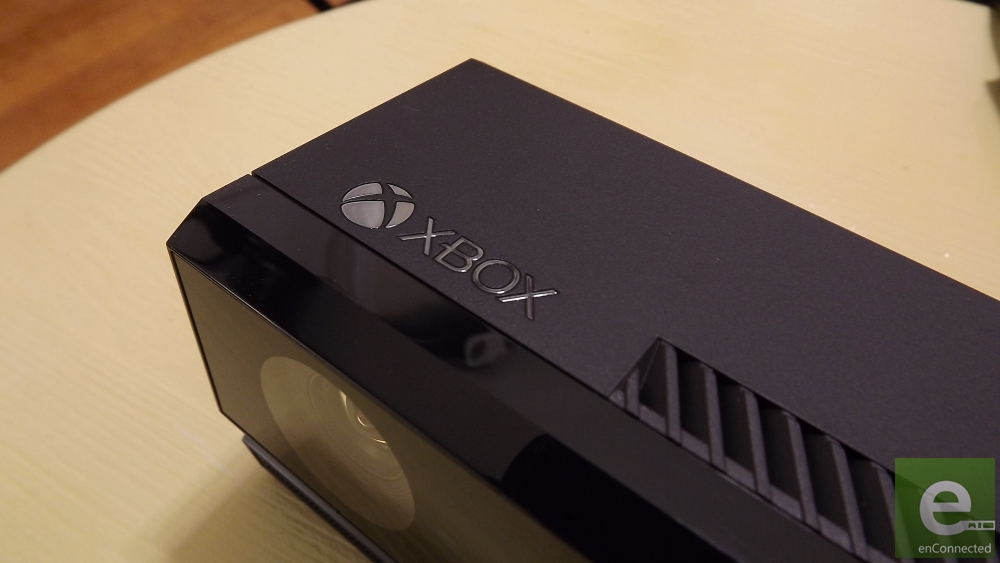 I don’t do a lot of PC gaming. Instead, I tend to focus on console gaming because it takes the headache out of it. My video game console of choice is Microsoft’s Xbox One console, of course.

In my living is room is the Xbox One + Kinect sensor. It’s connected to my cable box since I enjoy using the console’s OneGuide and other pieces of the live television experience. I game on it, I watch videos on it. Sometimes I even use Internet Explorer to read articles from Slate on it.

There’s also an Xbox One + Kinect sensor in my office. This one doesn’t see much action as a video game console. All of my games are loaded onto it, but it’s there for entertainment purposes. In the morning I pull up NPR’s livestream for some news and classical music. At lunch I dive into Netflix and read articles in Internet Explorer. Instead of being connected to a cable box, this Xbox One’s HDMI pass-through port is plugged into a Miracast receiver. During important events I have to cover I connect with it and watch live streams or follow along announcements in Twitter.

Overall, I’ve been very happy with both consoles. I still keep an Xbox 360 around, but it doesn’t see as much action as it once did. This console has been stripped of its Kinect sensor because really, how many cameras and sensors do you actually need in an one bedroom apartment?

Up until this year, I’d been an avid Windows Phone user. In fact, I still am. Here’s the thing though. Windows Phone 8.1 is great, Windows Phone hardware, not so much. With my final wireless contract coming to an end this month on T-Mobile and the HTC 8X being put out to pasture, I picked up something a little out of the ordinary for a Xbox loving, Windows using, insane person who streams from Xbox Music.

I recently became an Android user in the broadest definition possible. My phone for the next two-years is a Motorola Moto X 2014. It has a 5.2-inch display, quad-core processor 2GB of RAM and a front-facing speaker. I’ve killed Google Now and replaced it with Bing. Xbox One SmartGlass, Skype, Office, OneDrive and OneNote are all loaded too.

I use Xbox Music on the Moto X because I don’t feel like moving my music collection and I’m happy with the way it works on Microsoft’s platforms. That being said, Xbox Music on Android is pretty terrible. If the Xbox One or Windows Store ever pick up a Spotify app I may just switch based on my experience with Xbox Music on Android alone. Seriously, it’s that bad. 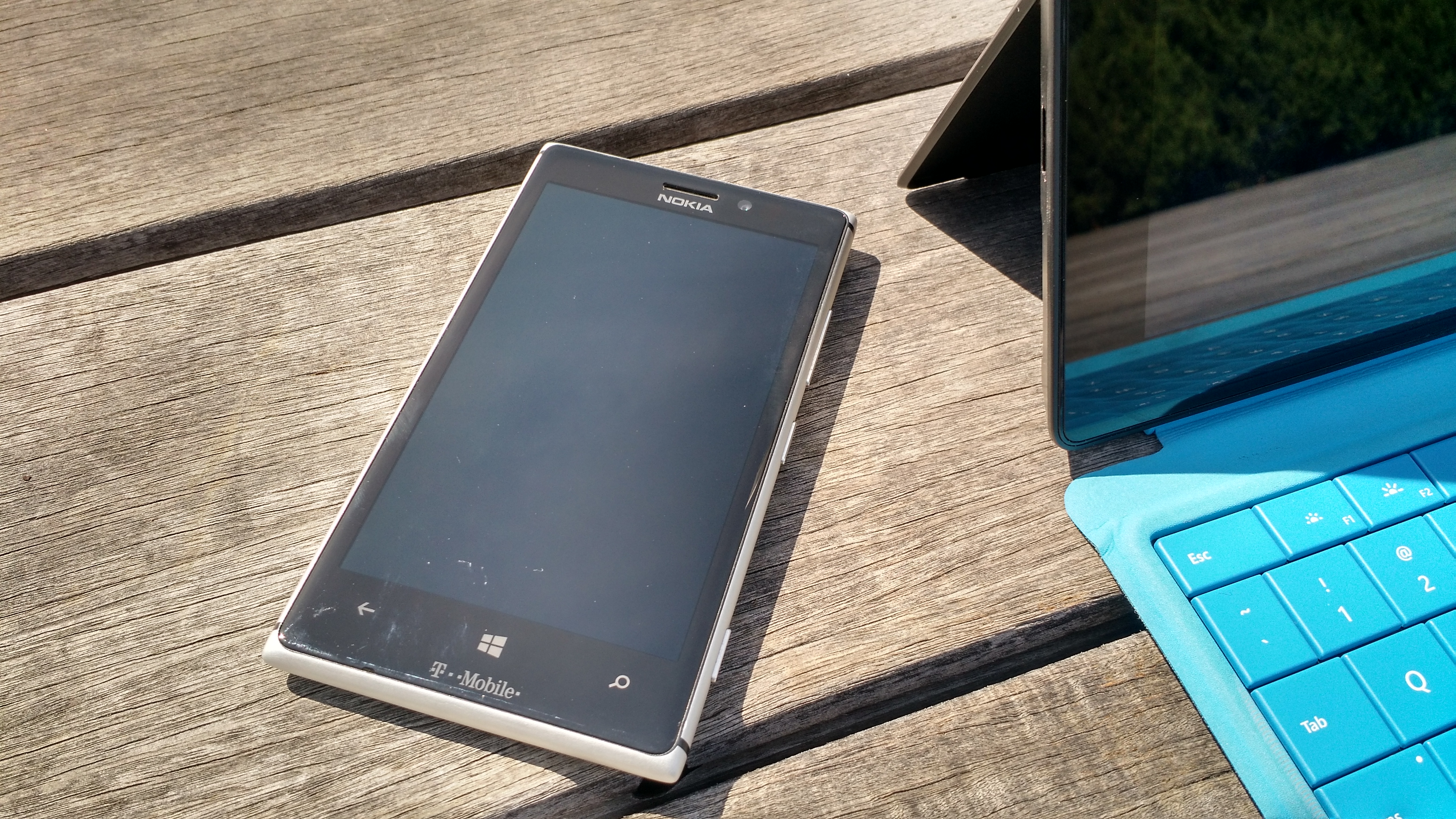 I still keep an iPhone 5s and a Nokia Lumia 925 around for freelancing and testing purposes. These phones don’t get any use though. They sit in a drawer, waiting to come to my rescue in the event that my personal phone dies or I need to write an article about them. The Lumia 925 used to be my personal phone until T-Mobile decided to take is time releasing a crucial update and Microsoft dropped the ball on true Windows Phone flagships on the carrier.

Overall, I’m pretty happy with the setup I have. In the past I had all sorts of stuff, a media center PC with a TV tuner and even some home server action going on. My 36-inch television from Panasonic is still kicking and I don’t plan on replacing it any time soon.

As I’ve gotten older, I’ve taken a solid position on not keeping too much stuff around. These are just vehicles designed to reach a destination, not the actual destination themselves.

What do you use? What’s your entertainment setup look like?

Read other editions of Play Time